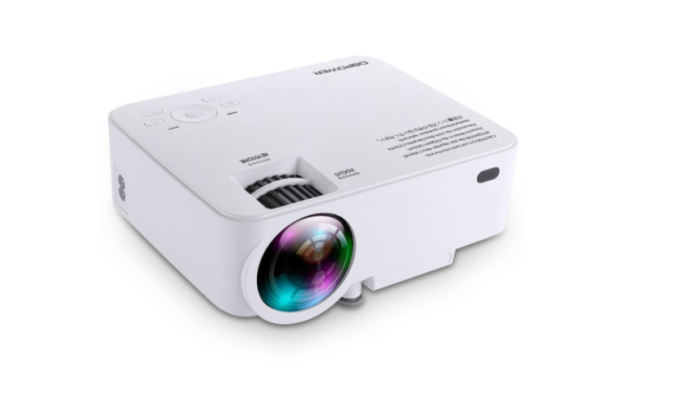 When most people think of a projector, they probably think of a very large machine that is used in a classroom or in a movie theater. They’re cool and useful, but their size and cost make it to where not everyone can afford to have a projector of their own. This is a shame, because a projector is something that can allow you to have a theater-like experience without having to spend as much money as you would have to spend on a massive screen. It is able to project images onto walls or sheets, which is obviously more cost effective and convenient than a traditional television. Luckily, recent innovation has allowed for the creation of a product that has all of the capabilities of a project while being smaller and more accessible to the general public.

The product that I’m referring to is, of course, the mini projector. As the name implies, a mini projector is smaller than a traditional projector. It’s more portable, and more often than not, it is meant to be connected to a smartphone. The set-up with these devices, and it’s typically meant to be a plug and play kind of experience. In this article, I will be reviewing the DBPOWER T20 Mini Projector. I’m going to talk about the technical specs of the product, while also making sure to discuss its individual features. When I’m done with that, I’ll make sure to provide my honest opinion as to whether it’s worth your time and money. Without further ado, let’s see if we can’t jump right in. 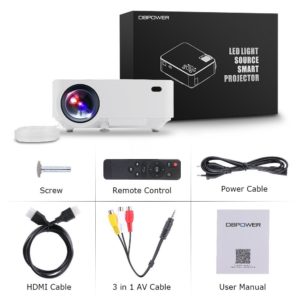 I don’t think that there are many bells and whistles involved with the average projector, and it’s no different with this mini-projector. If you’re unfamiliar with how a projector works, it’s pretty simple. Basically, you take a video signal of some kind, and you shoot the signal back out as light. This light is projected onto some kind of surface, and you can view the video like that. So when you’re dealing with a mini-projector, you’re going to want to look at things like screen size and brightness and aspect ratios and so on. For instance, looking at this list of specs, you know that if you want to project onto a screen larger than 176 inches, it’s not really going to work with this mini-projector. With that considered, let’s take a look at some other attributes of this projector.

The DBPOWER T20 Mini Projector can connect to a video source via HDMI, VGA, USB, AV, and SD, which I think covers just about every form of connectivity that people use these days. The unit itself weighs a little more than 2 pounds, and its dimensions sit at 8 x 12 x 4.5 inches. As I said before, the whole point of a mini-projector is that it’s meant to be conveniently used, and you definitely get that with this device. Although there may not be any jaw-dropping features behind the DBPOWER T20 Mini Projector, I think that’s perfectly okay. Aside from project video, there’s nothing else that I really think that a projector needs to do. Anything extra would just make it more difficult to use, and if this device is anything, it’s user-friendly.

It’s one thing to talk about what the DBPOWER T20 Mini Projector is capable of doing, and it’s another to talk about what it actually does. You should be happy to hear that, overall, it’s a very high quality product. It is obviously not cheaply made, and it seems like the sort of device that could remain in a family for a long time. When you’re talking about projectors, one of the biggest hits to their longevity has to do with their lamps. The lamp, as you can probably infer, is used to project light in the first place. A cheap lamp will eventually go out, which means that it needs to be replaced. The replacement process can be a huge hassle. This mini projector’s lamp has a life of about 50000 hours, which is remarkable, and ensures that you can use this product for a very long time. 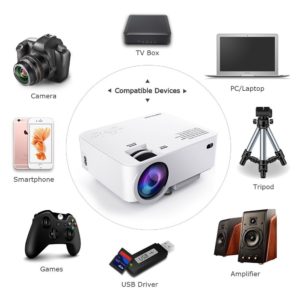 Although the DBPOWER T20 Mini Projector is built to last, it doesn’t sacrifice any finesse for that. Another aspect of a projector that you may be worried about is heat. Since they’re essentially powered by a large light, you may think that they’re prone to overheating, which is true. Most projectors counteract this with fans, which are effective, but also usually loud. That’s not the case with this mini projector, which features double tube cooling technology. The fan noise with the DBPOWER T20 Mini Projector is suppressed greatly, and I would say that it’s a lot more quite than other LED projectors. Overall, I would say that this device is well-designed and well-built, which is just about everything that you could hope for when you’re dealing with something that is so simple.

Is the DBPOWER T20 Mini Projector really worth it?

When you hear the term “mini projector”, you may assume that you’re going to be getting something super inexpensive. It has “mini” in the name, after all! That’s not really the case, though. If you entered this review with that impression, then you may be shocked by the price tag attached to the DBPOWER T20 Mini Projector. However, when you compare its price to other projectors, it’s very affordable. Most high quality mini-projectors cost around $200, and when you start to look at business quality projectors, you’re looking at price tags that typically surpass the $300 mark. So heading into your evaluation of this product’s value, keep in mind that it’s a bit of a bargain as far as mini projectors go. 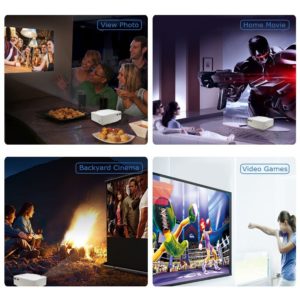 I think you should also be sure to consider what a projector is meant to replace. Most people will buy projectors because they’re more affordable than televisions, which is true. This product is capable of projecting video onto screens as big as 176 inches in size! When you’re looking at standard televisions, even at just 1080p, screen sizes surpassing 90 inches can end up costing thousands of dollars. Clearly, the projector is the better deal here. So if you’re someone who is looking for a projector to serve as an affordable alternative to a television for a home theater set-up, then I think that this mini projector is a no-brainer. Given its build quality and image quality, I don’t think that I can recommend the DBPOWER T20 Mini Projector enough to someone who is in the market for a mini projector.

To take advantage of the current discounts available at Amazon.com Click Here