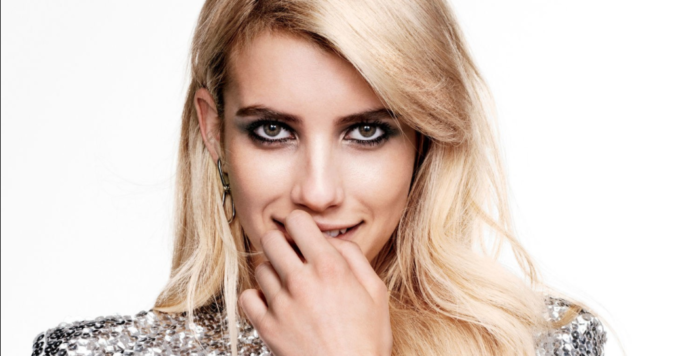 Emma Roberts is perhaps best known for her recent appearances on American Horror Story. She first appeared as a powerful witch on American Horror Story: Coven, the third season in the horror anthology which explores a different topic each season. She then landed different roles in two other seasons – Freakshow and Hotel. These roles were quite different from the show that originally launched her into stardom. She was first all known as her role as Addie Singer on the Nickelodeon series Unfabulous. She also sang the on the show, which led her to release a studio album called Unfabulous and More in 2005.

How Emma Roberts Got Famous

Emma Roberts was born on February 10th 1991 in Rhinebeck New York. Eric Roberts, also an actor,  and Kelly Cunningham are her parents, who got divorced when Emma was just a baby. Emma has many famous relatives on her father’s side. Most notably,  Emma’s paternal aunt is the great actress Julia Roberts, who has been in over 50 movies over the course of her career,  and her grandmother is famous acting coach Betty Lou Bredemus. Much of Emma’s childhood was spent on the sets of Julia Roberts’s movies, which inspired her to get into the acting business. As far as acting muses go, you can’t get much better than Julia Roberts. Her mother wanted her to avoid acting altogether and have a normal childhood.

There was no arguing with Emma, however. She knew what she wanted, and she nailed the first audition that she ever did. She got to play Kristina Jung,  the daughter of Johnny Depp’s cocaine smuggling character in 2001’s Blow. Afterwards, she did some extra work in America’s Sweethearts (some of the scenes she was in also involved her Aunt Julia Roberts) and got some smaller parts in movies Spymate, and Grand Champions.

Emma Roberts big break came when she got the lead role of Addie Singer on a Nickelodeon television series called Unfabulous in September of 2004. Her stint on the show led to her getting several award show nominations for the Teen Choice Awards and a Young Artist Award. The show also led to many opportunities for Emma. She starred in the movie Aquamarine, which led to her winning an award for Best Supporting Young Actress in the 2007 Young Actor Awards. After her first leading role, Emma went on to act in over 25 films and television shows, from Nancy Drew to American Horror Story.

In the summer of 2013, it was reported by TMZ that Emma was arrested by Vancouver police after a hotel room fight with her American Horror Story co-star, Evan Peters. She is alleged to have hit Peters and bit him so hard it left a visible mark. The two were dating at the time, and Evan did not want to press charges.

Emma Roberts dated Alex Pettyfer starting in 2007 until she moved on to Ryan Sheckler in 2008. She and the famous skateboarder continued to date until 2008. Soon after, Emma began dating the young tennis player Dathan Kuppin. They continued being in a relationship until 2011. Emma Roberts met Evan Peters on the set of a movie they were working on, and they dated throughout 2012. They had a tumultuous, on and off relationship that was often volatile. Emma even got arrested for a domestic dispute involving Evan. During one of their breakups, she dated British businessman Christopher Hines. She and Evan Peters got back together in the fall of 2016, and they are currently engaged. 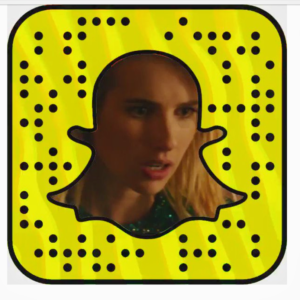 You can find Emma Roberts on her official Facebook page by clicking here. The young actress has over  2.1 million followers on the social media platform, which she many uses to promote her new projects. Lately, it looks like Emma has been working on a curated book of the month club called Belletrist, as well as memes related to reading and photos celebrating the M&M candies 75th anniversary. There is a long 4-year gap between posts – she does not post anything between February 2012, and March of 2016. The 2012 posts are more personal, talking about how she had to go to work sick, and how she cracked the screen of her iPhone.

Emma joined Twitter in March of 2009, and has gained 3.78 million followers since then. Her Twitter handle is RobertsEmma. She uses the microblogging site in order to promote her book club, share songs that she’s currently listening to, and occasionally retweet things that she’s interested in. It seems like a good place for fans to get an idea of who Emma Roberts truly is. Click here to see all of that content and more.

Emma has over 11.9 million followers on Instagram. Her photos all have a retro feel. Recently, she posted a black-and-white picture of herself reading a book, a photo of herself using a super soaker while standing on the brick edge of her Jacuzzi, and a picture of herself drinking wine on a balcony while wearing a bathing suit with the Grateful Dead T-shirt on top. That photo is entitled Happy Friday. Catch up on all her content by clicking here.

What is Emma Roberts Kik Username or Code?

As is the case with most celebrities, it does not look like Emma Roberts is on the messaging app called Kik. If she is, Emma has chosen not to share her username with fans.

While Emma does not have her own official YouTube page, you can still find plenty of content on the video sharing site. There are many interviews with Emma on various late-night shows. You can also find scenes from her movies and American Horror Story, and fan made lyrics videos of her songs from Aquamarine.