Ethan Dolan is the oldest of the Dolan brothers – well, at least by twenty minutes. He is most well known for the videos that he and his twin brother Grayson have posted on social media networks such as Vine and Youtube. Ethan has made the news recently both for having to get hand surgery and for becoming one of the latest Total Request Live correspondents on MTV.

How Ethan Dolan Got Famous

Ethan was born on December 16th, 1999 in New Jersey, United States. He is a full 20 minutes older than his twin brother Grayson. His parents are Sean and Lisa Dolan, and he also has an older sister named Cameron, who introduced the twins to Vine. Ethan and his brother both went to West Morris Central High School. Before becoming famous, he was a wrestler who went to a tournament at Madison Square Garden in NYC and ended up winning.

Ethan Dolan and Grayson made an account on Vine, a social media platform that allowed users to make videos 6 seconds in length. The medium forces the creators to be really creative to make interesting content in that short time period. They posted a short video that went viral and was able to develop a following of 200,000 to 300,000 followers on their own. When they befriended Jake Paul and learned how to edit their videos the correct way, and their viewership skyrocketed.

Even though Vine has not been accepting new content since the beginning of 2017, Ethan Dolan still has 3.2 million followers on the platform. His last Vine video was posted on June 25th, 2016. Some of the videos on his channel have over 7.6 million views or “loops” as they are called on Vine.

Ethan Dolan’s collaborative Youtube channel with his brother is also popular. The channel has gotten over 500,000,000 views since they first joined in March of 2009. They are still very active on Youtube. They have done many collaborations with other famous YouTubers. Eventually, Ethan Dolan and his twin were signed to AwesomenessTV, which produces original web series and tv shows with other social media influencers. In 2016, Grayson and Ethan nabbed the Teen Choice Award for Choice YouTuber and Choice Web Star: Male.

He and his brother were recently involved in a scandal with the famous 21-year-old Jake Paul, the founder of the social media thinktank Team 10. Apparently, Jake has falsely asserted that he not only tried to sign them to Team 10 but also that he helped the twins “kickstart” their careers. Ethan Dolan insists that while they spent some time at the infamous Team 10 house making content, and “learning the ropes.” But they already were gathering a following for themselves on Vine. Unfortunately, their friendship was unable to survive the feud, and the two haven’t spoken since.

Not much is known about Ethan’s romantic life. The YouTube star is still a young teenager and is putting a lot of time and energy into his career. However, it is rumored that he was dating Instagram model Meredith Mickelson for a couple months in secret. They never went public about it, but they ended up leaving hints for their true fans, and one of their mutual friends ratted them out on Twitter after the relationship was already over. 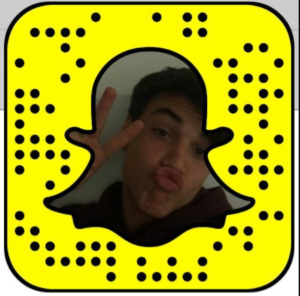 While Ethan does not have a personal Facebook that he shares with his fans, you can find his barely updated official page by clicking here. There are only 321,241 followers to the page, and it has not been updated since October 4th, 2016. The content that he posts – when he does post – is mostly official photos, videos from Vine or Youtube, and one especially interesting pic of Ethan lounging in a chair wearing rubber duckie socks and very little else with the caption “Editing in my undies!!!!”

Ethan Dolan has over 4 million followers on Twitter, and he updates his followers fairly regularly with what he’s doing throughout the day, or with his musings on life. You can follow him by clicking here.

Ethan has a popular Instagram account with over 6 million followers. You can follow him by clicking here. The twins have been traveling, so recently there has been a ton of travel photos on his feed. My favorite photo so far was of Ethan atop a horse in the middle of what the caption calls “the warehouse”, which exercise equipment and a pink neon sign saying DOLAN TWINS in all caps.

What is Ethan Dolan’s Kik Username or Code?

There are many imitators, but it looks like Ethan Dolan does not have an account on the messaging app, or at least not one that he shares with more than his immediate friends and family.

You can find the Dolan Twin’s joint Youtube channel by clicking here. Ethan Dolan and his brother have 4.4 million subscribers, and their videos typically get 1 million views or more, even within their first week.  The teens began the channel in March of 2014, and have gained a total of 526,769,515 views on all their videos combined since the inception of the channel.

What is Ethan Dolan’s Vine Page?

Ethan Dolan has his own page on the now-defunct social media site and also has an account with his brother. While you would not be able to make your own videos, you can certainly still find Ethan’s site by clicking here, and the two brothers’ Vine site by clicking here. The videos are mostly short comedic sketches with titles such as “When the chicken dance becomes harmful” and “How it feels when you find a dollar on the ground.” The twins mutual channel has 394.1K followers, and over 41,154,555 loops, or views.