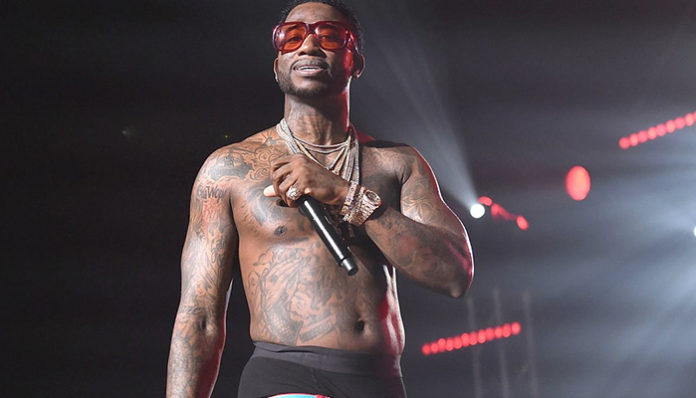 A pioneer of trap music, Gucci Mane has been rapping ever since his early teens. Based in Atlanta, Georgia, he dropped his first album, Trap House in the summer of 2005. A solid debut, it spawned a handful of singles including Icy, which charted among the Top 50 in the US. Among its track list also included, Two Thangs, That’s My Hood, Damn Shawty, Independent Balling Like a Major #2, and Lawnmower Man, among others.

A year later, the rapper issued a second album titled, Hard to Kill. Released in October 2006, the project proved to be an improvement over its predecessor, having peaked at number 76 on the Billboard 200. Featuring guest appearances from Mac Bree-Z, La Chat, Gangsta Boo, Young Snead, and Black Magic, it ultimately spawned Freaky Gurl, his first single to chart on the Billboard Hot 100. To date, more than 165,000 copies have moved across the US alone.

Continuing to drop new projects, the emcee delivered two albums in 2007, Trap-A-Thon and Back to the Trap House. Though not as significant as his earlier releases, they have sold over 40,000 copies altogether. Ultimately it wasn’t until the release of The State vs. Radric Davis in 2009 that Gucci Mane rose to stardom. His first record to receive RIAA accreditation, it garnered favourable reviews from critics who praised the album for its production and sound quality. Responsible for his initial wave of fame, the album  went on to spawn a handful of singles, including the gold-certified Wasted (Feat. Plies), and Spotlight (Feat. Usher). To date, these remain to be two of his most popular songs.

The sequel, The Appeal: Georgia’s Most Wanted was later released in September 2010. Produced by the rapper himself, the album gave rise to many cuts including the charting single, Gucci Time (Feat. Swiss Beats). Also included in the tracklist were Remember When (Feat. Ray J), Haterade (Feat. Pharrell & Nicki Minaj), It’s Alive (Feat. Swizz Beats), Brand New, and Making Love to the Money.

Since then, Gucci Mane’s discography has grown to include a few additional albums- The Return of Mr. Zone 6, Everybody Looking, and The Return of East Atlanta Santa. His most release, Mr. Davis was dropped on October 13, 2017.

Aside from his solo work, the rapper has also come out with a couple of collaborative albums. The first of said projects, Ferrari Boyz, was released in August 2011. A joint venture with Wacka Flocka Flame, it boasted twelve tracks including  She Be Putting’ On (Feat. Slim Dunkin), which peaked at number 77 on the Top R&B/Hip-Hop Songs chart. Later that same year, he teamed up with V-Nasty on the album, BAYTL.

Speaking of collaborations, he’s also worked with other artists such as Soulja Boy, Mike Jones, Juicy J, K. Michelle, Omarion, Jamie Foxx, and Jagged Edge. In 2016, him and Rae Sremmurd also put together the hit song, Black Beatles which has since gone platinum four times in the US.

As can be expected from such a rapper, Gucci has garnered himself several awards throughout his career. His collection currently consists of three BET Award nominations, three BET Hip Hop Award nominations, and three MTV Video Music Awards, among which there is a win (Best Pop Video for Dow (With Fifth Harmony).

Outside of rapping, he’s also appeared in two films. In 2005, he played a supporting role in the musical, Confessions of a Thug. Many years later in 2012, he co-starred in the movie, Spring Breakers starring James Franco, Selena Gomez, Vanessa Hudgens, and Ashley Benson.

In terms of television, the emcee has also been invited onto many shows. For instance, he has been featured on The Mo’Nique Show, RapFix Live, Birds of a Feather, Highly Questionable, The Daily Show, The tonight Show Starring Jimmy Fallon, and Jimmy Kimmel Live.

Looking at what he’s been up to recently, we can see that Gucci Mane has been on tour for the past little while. Having continued for many months now, he has hit up numerous venues including those in Boston, Milwaukee, Santa Ana, Detroit, Miami Beach, and more. In fact, at the time of this posting, he’s already travelled to over 60 different cities! But that’s not all- he still has a handful of dates left for October and November (including a single show in December). For more details on the venues and locations, visit his official website at guccimaneonline.com.

Of course, as mentioned earlier, he also released his eleventh studio album titled, Mr. Davis on October 13, 2017. On top of that, he also dropped the mixtape, Drop Top Top in May which went on to chart in the US.

Gucci Mane rose to fame in the mid 2000’s with his debut album, Trap House. Alongside Young Jeezy and T.I., he is also regarded as one of the pioneers of trap music.

He is currently 37 years old.

Gucci Mane was born in Bessemer, Alabama. After spending many years of his childhood with his paternal grandmother, he and his single mother moved to Atlanta, Georgia when he was nine years old.

Is Gucci Mane in a Relationship?

Yes, he recently married Keyshia K’aoir on October 17, 2017. According to reports, he had proposed to her after performing at a game for the Atlanta Hawks.

Previous to his marriage with Keyshia, he was in a relationship with American rapper, Masika Kalysha from 2012 to 2014. According to rumours, he has also been romantically involved with Kat Stacks and Sheneka Adams.

For many years, he had never disclosed having any children. It wasn’t until earlier this fall in his autobiography, that he revealed he has a 10 year old son- the identity of the mother has not been identified.

Gucci Mane went to Ronald E. McNair High School. A popular student, he also attained decent grades in class. He eventually graduated in 1998 with a 3.0 GPA.

Did Gucci Mane Go to College

Yes he did. After his graduation, he landed a HOPE scholarship for Georgia Perimeter College where he studied computer programming. Due to his sparse attendance however, he was later kicked out in 2001.

It’s estimated that he makes anywhere from $5 to $6 million a year.

He is currently estimated to have a net worth of $15 million.

He enjoys writing poetry, and songwriting

Born on February 12, he is an Aquarius.