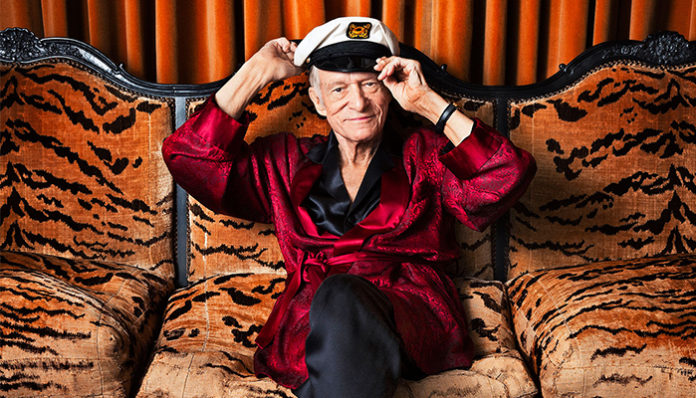 The founder of Playboy Magazine, Hugh Hefner had served as the CEO of its enterprises for many decades. A former writer for the U.S. Army, he launched the publication in 1953, after borrowing a few hundred dollars from the bank; little did he know at the time that it would one day become one of the most prominent magazines of its kind in the country. The first issue of Playboy, featuring Marilyn Monroe, was released later that winter- selling over 50,000 copies, it was all in all, a major success. Continuing to grow the magazine, he went on to publish numerous stories, including interviews of several notable celebrities.

Following his rise to fame, Hefner moved into a lavish home called the Playboy Mansion in Los Angeles. Known for his opulent parties, the property garnered much media attention during the 1970’s. Over the next few decades, the businessman dated and invited countless women into the mansion including Kendra Wilkinson, Holly Madison, Brande Roderick, Tina Marie Jordan, and Bridget Marquardt, among many others. Living up to his name as a true womanizer, he even dated seven women concurrently at one point. With that said, he still managed to enjoy married life; in the past, he had been married to Crystal Hefner, Kimberly Conrad, and Mildred Williams.

As expected, Hefner had made countless television appearances throughout his lifetime. Though not much of an actor, he had appeared in, Burke’s Law (1965), Get Smart (1969), The Odd Couple (1974), Blossom (1993), Sex and the City (2000), and Curb Your Enthusiasm (2005), to name a few. With that said, one of his most prominent projects is that of the reality series, The Girls Next Door. Premiered in the spring of 2000, it followed the lives of Hefner and his many girlfriends at the Playboy Mansion. A popular show, it went on spawn many spinoffs including, Holly’s World, Kendra, Bridget’s Sexiest Beaches, and Kendra on Top.

An active philanthropist, he had supported many causes over the years. For instance, he had made hefty donations to both the Democratic Party, and the University of Southern California in the past. Tragically, Hefner passed away in his home at the age of 91 on September 27, 2017, secondary to respiratory failure, cardiac arrest, sepsis, and a bacterial infection. Following his death, he was interred at Los Angeles’ Westwood Memorial Park, beside Marilyn Monroe- he had purchased the crypt for $75,000 back in 1992. In his words, “spending an eternity next to [her] is an opportunity too sweet to pass up.”

A few years prior, he had announced that his youngest sound Cooper, would be succeeding him as the CEO of Playboy.

Hugh Hefner is best known as the founder of Playboy Magazine, which he established in 1953. For many decades, her served as the CEO of Playboy Enterprises- the publishing group that operates said publication.

He was 91 years old at the time of his death

Hugh Hefner was born in Chicago, Illinois, where he grew up and attended school with his younger brother, Keith.

He measured to be 176cm tall

His body measurements are unknown

Was Hugh Hefner in a Relationship?

Up until his death, Hefner was married to his third wife, Crystal Harris- whom he had dated on and off from 2009. They had tied the knot on December 31, 2012.

In the past, Hefner had been married to Mildred Williams and Kimberly Conrad.

As far as casual relationships, he had been involved with many women including Jenna Bentley, Anna Berglund, Karissa Shannon, Amy Leigh Andrews, Bridget Marquardt, Holly Madison, and Kendra Wilkinsonson, among a few others.

He did not have any sisters

As a student, Hefner went to Steinmetz High School in Chicago, Illinois.

Did Hugh Hefner Go to College

Following his graduation, he went to the University of Illinois at Urbana Champaign where he obtained a Bachelor’s degree in Psychology. Soon afterwards, he attended Northwestern University though he dropped out prior to completing his Sociology program.

At this time, we do not have any details on Hugh Hefner’s salary.

At the time of his death, Hugh Hefner’s net worth was estimated to be around $43 million.

In his spare time, he enjoyed listening to jazz music and watching foreign films

He was a fan of many sports including basketball, football, and boxing

Born on April 9th, he was an Aries

Hugh Hefner was not active on Snapchat