Iceland Stops a Shipment of Tear Gas To Venezuela 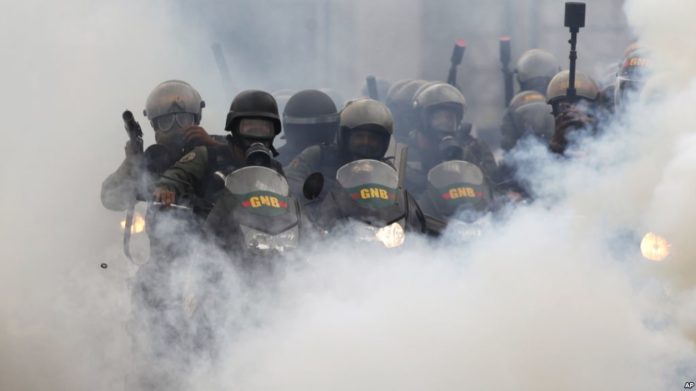 Iceland is now the third country to stop shipments of tear gas to Venezuela. In recent years, Brazil and Spain had also announced similar decisions involving the sale and shipment of anti riot equipment. The decisions mostly involve tear gas, which security forces use to disperse protests.

The 16 ton tear gas shipment to Venezuela has been delayed by Iceland’s Ministry of Transport, which blocked it because it considers the country a dangerous zone where human rights are not respected. The government of Iceland confirmed the news on a letter it posted on its official website.

In the letter, Iceland mentions that the shipment comes from China, which requested for permission to transfer the tear gas during a stopover at an airport in Reykjavik. According to the country’s laws, the transfer of military equipment is not permitted except with the approval of the transport agency. The agency contacts the Ministry of Transport or local government in these cases but it appears that the shipment will not be able to make it through as they consider Venezuela a dangerous zone where human rights are not respected.

Experts say the decision to stop the military equipment from being transferred to Venezuela is a good one but have said that won’t likely stop China as they can look for other ways to get the shipment delivered to the South American country.

The Ministry of Defence also confirmed to the EFE news agency that the last shipments had been done a while ago, adding that the material being utilized in the country is not new. The decision came after the Venezuelan opposition asked for the suspension of tear gas sales. The protests, which lasted over three months, left more than one hundred people dead and hundreds more injured.

Spain was the first to announce the suspension of military equipment sales to Venezuela. The decision was made during the protests that took place after the 2014 presidential elections.

In June, Avianca Brazil said on its Twitter account that it had not been transporting and would not be transporting tear gas shipments to Venezuela. Earlier that week, the National Assembly had revealed an operation where the Venezuelan government was discussing the shipment of over 77,000 tear gas grenades.