Jack Gilinsky’s Snapchat Name – What is His Snapchat Username & Snapcode? 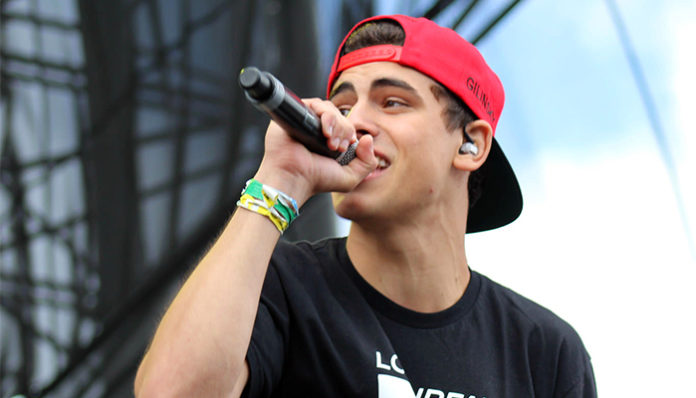 One half of the pop duo Jack & Jack, Jack Gilinsky rose to fame alongside his partner in crime, Jack Johnson. Originally known for their six-second clips on Vine, it wasn’t until later on that they decided to pursue a career in music. In January 2014, the pair released their first original song, Distance. Since then, they’ve come out with well over a dozen singles, a handful of which have charted in the United States.

Born on September 10, 1996, in Omaha, Nebraska, Jack Gilinsky met Jack Johnson on the first day of kindergarten- not only did they have the same name, but their outfits also matched. Befriending each other almost instantly, they’ve remained best friends ever since.

Prior to Vine, the two created a Youtube Channel together under the name, MotherFalconQuagmire in 2007. A side hobby, the boys posted a number of videos from song parodies to clips of themselves lip syncing. Though their channel didn’t go viral per se, they managed to gain a decent amount of viewers during that time.

Then in 2013, the duo teamed up once again- this time on Vine. Putting together a number of six-second clips, Jack & Jack quickly made themselves known on the platform. With a bit of luck, one of their Vines, Nerd Vandals eventually went viral, which led them to gain over 25,000 followers in a matter of days. By 2015, they had amassed a following of 5.6 million, making them one of the most popular comedy pairs on the platform.

Ultimately, it wasn’t until they met Travis and Turner Eakins in 2013 that they first got involved with music. Working together, they recorded some of their earliest songs including the unofficial single, Indoor Recess. Eventually getting the hang of it, their official debut, Distance was later released in 2014.

A couple of singles later, Jack & Jack released their first charting single, Doing It Right, which peaked at number 41 on the Top R&B Songs chart. From there, they eventually came out with Wild Life on August 2, 2014. Co-written by the duo with help from Jordan Palmer and Rami Jrade, it reached as high as number 87 on the Billboard 200 and number 25 on the Hot R&B Songs chart.

Continuing with the same momentum over the next few months, they released the singles, Cold Hearted, Tides, Groove, and Right Where You Are, most of which also charted in the US. Soon afterwards, they collaborated with Skate on the song, Like That and with Emblem3 on Cheat Codes.

In the summer of 2015, Jack & Jack independently released their debut EP titled, Calibraska. Produced by Steve Tippeconnic, Matt Squire, and Jordan Palmer, the title is a portmanteau of their native state, Nebraska. A solid project, it gave rise to four new songs, Wrong One, California, Shallow Love, and How We Livin. Within hours of being released, it had charted at the top of the US iTunes Albums chart. Eventually, the extended play also charted at number 12 on the US Billboard 200 and at number 14 on the Canadian Albums chart.

Their second extended play, Gone was made available on May 26, 2017. Made available through Spotify and iTunes, Jack & Jack had teased fans with short clips of the tracks a day prior to its release on Instagram. A successful endeavour, the EP contained five new songs including 2 Cigarettes, Falling, Last Thing, Hurt People, and Distraction.

Eventually uploaded to Youtube, the playlist has since been streamed over 961,000 times on their channel.

In addition to their singles and albums, Jack & Jack have also been featured in the works of Wesley STromberg, Dylan Murray, DJ Rupp, Madison Beer, Kalina nd Myles, and Sammy Wilk, among a few others. Some of said songs include Uber Confessions, 808, All for Love, Party of the Year, Bucket List, Roll’Em Up, Throw Signs, and Firecracker.

Naturally, all of the awards that he’s received are shared with his partner in crime, Jack Johnson.

From 2015 to 2016, Jack Gilinsky dated American singer and actress, Madison Beer. Unfortunately, his inability to control his emotions had ultimately led them to break up last year.

As it had happened, an audio clip in which he’s heard calling her “a f***iing sl*t” was leaked online earlier this year. Though the incident left a bad taste for many fans, Jack took to Twitter where he explained his behaviour in a length post.

Since they broke up, Jack has not dated anyone else. 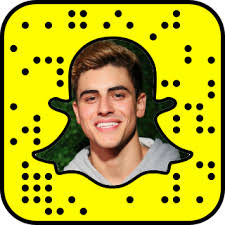 Surprise surprise- Jack Gilinsky is on Snapchat! For those who are interested in knowing what he’s up to, be sure to follow him on the app- you can add him to your friend’s list by clicking here.

Looking for an easy way to stay connected with the star? Why not follow Jack Gilinsky on Twitter? You can find his verified account at @jackgilinsky where he’s already got himself over 3.5 million followers!

Of course, you can also find him on Instagram. If you’re interested in seeing some behind the scene photos, be sure to follow him on the app at @jackgilinsky.

You can stream many of Jack & Jack’s music videos at their official Youtube channel at @JackandJackVideos. Don’t want to miss out on new releases? Remember to subscribe!