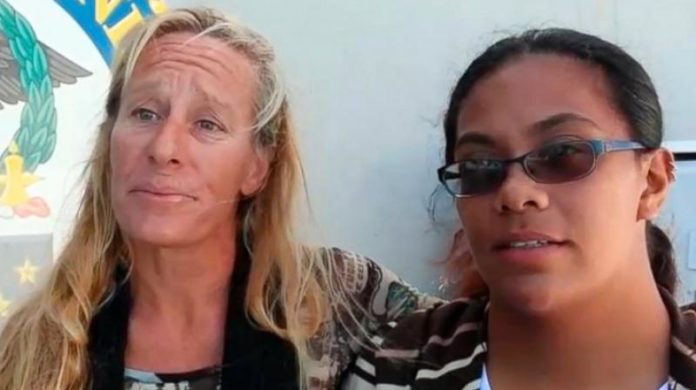 Jennifer Appel, one of the two women rescued by the US Navy last week, has responded to the criticism that came shortly after they reached Japan. Appel said that the hull was solid, they were floating, had food and water and had limited maneuverable capacity. She added that all of those things did not say they were going to die.

The two women reached Japan after being lost at sea for five months. They were rescued last week by the US Navy after a Taiwanese fishing vessel spotted them but couldn’t tow their boat.

Jennifer Appel and Tasha Fuiava, who claim they were lost at sea for five months, are now facing questions about their story. A Coast Guard review and interviews with the two have revealed that they had an emergency beacon but decided not to activate it.

During a conference call on Friday, Appel did not mention that they had an EPIRB (Emergency Position Indicator Radio Beacon) in their possession. The emergency beacon would have made things easier as it alerts emergency services of the location.

The two women said they started the trip back in May and were planning to go to Tahiti. They mentioned that the ordeal began when they were hit by a storm. But the storm they mention is not in the records. Archived NASA satellite images reportedly confirmed that there was no tropical storms in the area.

Their story on the storm and tiger shark attack has raised questions. Appel said the tiger sharks would try to make waves to try to knock down the boat. But George Burgess, director of the International Shark Attack File at the Florida Museum of Natural History at the University of Florida, says that’s something never seen before. He added that tiger sharks are solitary animals and that this type of behavior has never been documented in a shark of any species. Burgess admitted that he was skeptical of their story right away since the women and their dogs looked healthier than people who have been lost at sea for months.

The US Coast Guard also told the Associated Press that they had contacted a vessel identifying itself as the Sea Nymph in June. The contact happened when they were near Tahiti. A Coast Guard spokesperson said the captain told them they were not in distress.

The women said they had been lost at sea for five months. They were planning to reach Tahiti in three weeks but things went bad when their engine and mast were damaged. Appel and Fuiava are currently in Japan, where the USS Ashland took them nearly a week after their rescue.