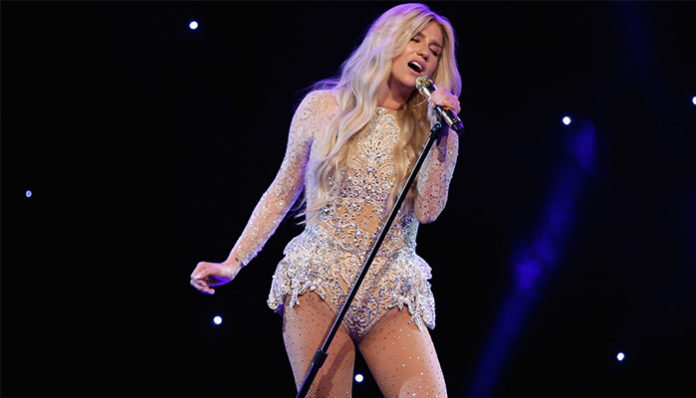 A successful rapper, Kesha’s career kicked off after she landed a featured in Flo Rida’s 2009 single, Right Round. Eventually signing with RCA Records, she released her debut album, Animal a year later in 2010. Revolved around her past life experiences, it produced a handful of singles including her breakthrough record, Tik Tok. A huge success, it topped the music charts in numerous countries including the US, Switzerland, Norway, Luxembourg, France, and Germany.Aside from that, the album spawned three additional singles- Blah Blah Blah (Feat. 3OH!3), Take it Off, and Your Love is My Drug, all of which have since attained RIAA accreditation.

From there, she dropped her debut EP, Cannibal towards the end of the year. Met with praise, it came packed with several songs including the number one hit, We R Who We R. A few other highlights include, Sleazy, Blow, Grow a Pear, and Crazy Beautiful Life. Her next album, Warrior came out in late 2012. Supported by three singles, the project featured writing contributions from many big names including Patrick Carney, will.i.am, and Bonnie McKee. Well receieved, it peaked as high as number 6 on the Billboard 200; elsewhere, the album also enjoyed success in Australia, Brazil, Greece, Japan, Mexico, and New Zealand. To promote the album, Kesha also headlined The Warrior Tour which ran from 2013 to 2015.

On top of what she’s produced for her solo career, she has collaborated a handful of times with other artists. For instance, she contributed to Flo Rida’s 5x platinum single, Right Round, to Pitbull’s 6x platinum single, Timber, and to 3OH!3’s gold single, My First Kiss- she even co-headlined a tour with Pitbull in 2013! As far as guest appearances go, she’s also worked with Nicki Minaj, Britney Spears, Alice Cooper, and The Flaming Flips, among a few others.

What has the rapper been up to recently? On the music front, she recently dropped a third album titled, Rainbow on August 11, 2017. Her first studio album in five years, it came with a number of new songs such as Learn to Let Go, Old Flames (Can’t Hold a Candle to You), Hunt You Down, Boogie Feet, and Finding You. Though not as successful as her previous efforts per se, the album still managed to top the Billboard 200 in the US. In support of Rainbow, she has also been on the road for the 2017 Rainbow Tour. Kicked off in Birmingham, the worldwide tour is currently scheduled to continue until December 16 in Oslo, Norway. For more information on the venues and dates, please visit her official website at keshaofficial.com.

In early 2009, Kesha came to the public’s attention after landing a feature in Flo Rida’s hit single, Right Round, which ended up peaking at number one in the US. Since then, her solo music career has also taken off.

She is currently 30 years old.

Kesha was born in Los Angeles, California. When she was four years old, she and her family moved to Nashville, Tennessee, where she spent the rest of her youth.

Kesha is of mixed ancestry- she is of German, English, and Hungarian descent.

Brown- though she often has her hair dyed blonde

Is Kesha in a Relationship?

Yes, the rapper has been in a relationship with Brad Ashenfelter since 2014. According to reports, the pair had initially met through her hairstylist who is a mutual friend.

For many years, Kesha did not know of her father’s identity. It wasn’t until she was 19 that a man named Bob Chamberlain approached her as her father.

She has an older brother named Lagan.

After moving to Nashville, Tennessee, she went to Franklin High School and Brentwood High School, where she was a member of the marching band.

Did Kesha Go to College

A diligent student, Kesha had earned a full scholarship to Barnard College in New York City after attaining a near-perfect SAT score. Prior to graduating however, she dropped out to pursue a career in music.

At this time, we do not have any information on Kesha’s salary.

“Be yourself. Unapologetically. Fucking always.”

Her favorite song is Real Wild Child by Iggy Pop.

Her favorites include Johnny Cash’s Girl From the North Country Fair and Bob Dylan’s Nashville Skyline.

Born on December 8, she is a Sagittarius.