Kodak Black’s Snapchat Name – What is His Snapchat Username & Snapcode? 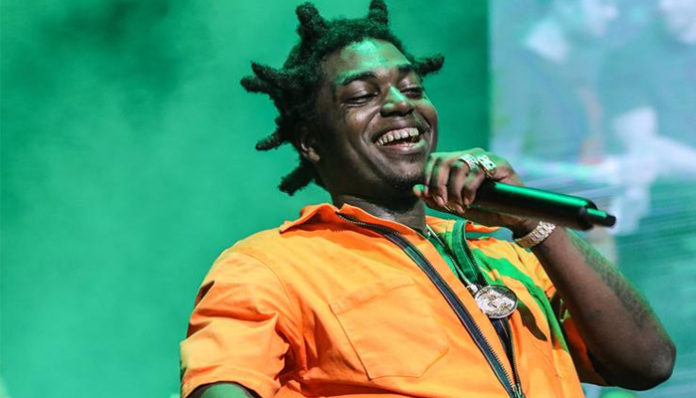 Kodak Black is perhaps best known for his hit singles, Tunnel Vision, and No Flockin. A Florida-based rapper, he has been into hip hop ever since his grade school days. His debut mixtape, Project Baby was dropped in the winter of 2013. Since then, he has released several other titles including Heart of the Projects, Institution, Lil B.I.G. Pac, and Project Baby 2.

Born on June 11, 1997 in Florida, Kodak Black (Real Name: Dieuson Octave) was raised by his parents in Golden Acres, a public housing project located in the Pompano Beach area. Captivated by hip hop at a young age, he first started to rap in grade school, alongside his friends (he adopted his current stage name Black at the age of six). From there, he eventually began recording his own music at a local trap house. Despite his interest in music however, Black often got into trouble with the law as a teen. Not only did he was he caught breaking and entering multiple times, but he also got himself involved with brawls.

At the age of twelve, Black joined a local rap group known as Brutal Youngnz, which he performed with under the moniker, J-Black. Afterwards, he joined another crew known as The Kolyons.

How Did Kodak Black Become Famous

A few years later, he released his debut mixtape, Project Baby in December 2013. Enlisting the help of several music producers including Rooq, K.E. On the Track, DJ Jay-R, and Young Shung, Black recorded eighteen tracks for the project including Shoulda Woulda, Won’t Go Back, Never Imagine, Luv 2 Flex, Hatin On Me, and Ain’t No Fakin It. Made available online, the tape has been streamed over 340,000 times on Datpiff as of 2017.

Then in December 2014, the rapper dropped his second mixtape, Heart of the Projects. Executively produced by A.D. Julien, it boasted twenty two titles including No Flockin, 10 Toes Down, I Remember, Meant for Me, I’m That Nigga, and Benji’s. Since its original release, the playlist has been played millions upon millions of time on Soundcloud- for instance, the most popular track, Skrt has been streamed over 65 million times!

Following the release of another mixtape, the emcee came out with Lil B.I.G. Pac in June 2016.  Given decent reviews from critics, the record came with thirteen titles, three of which featured guest appearances from Gucci Mane, PnB Rock, and Boosie Badazz. Streamable on Soundcloud, the tracks have have each been listened to millions of times online.

His next big release came in the form of a studio album titled, Painting Pictures. Made available on March 31, 2017, its production was provided by Southside, Cicero, 30 Roc, Metro Boomin, Mike Will Made It, Wheezy, among many others. Preceded by two singles, eighteen new tracks were introduced including Top Off Benz (Feat. Young Thug), Feeling Like (Feat. Jeezy), Why They Call You Kodak, Off the Land, Side Nigga, and Corrlinks and JPay.

Black’s most successful record to date, it eventually also reached number two on the Top R&B and Hip Hop Albums chart.  As of August 2017, it has received gold accreditation from the RIAA (e.g. over 500,000 sales in the US).

In addition to his mixtapes and album, Black has been featured in the works of several acts over the past two years. For instance in 2016, he collaborated with French Montana on the hit song, Lockjaw, which ended upgoing platinum in the United States after charting at number 73 on the Billboard 200.

More recently this March, he also teamed up with A Boogie wit da Hoodie on the track, Drowning, which ended up also going platinum in the US.

Since his early teens, Black has collided with the law on several occasions. For instance just last summer, he was charged with fleeing from officers, possession of cannabis, and possession of a weapon by a convicted felon. During his subsequent appearance in court, several executives from Atlantic Records spoke out for him, which eventually ended in him receiving a one-year house arrest sentence, alongside five years of probation, community service, and mandatory anger management classes.

Upon being released from the Florida prison however, the rapper faced sexual assault charges in Florence, South Carolina. According to reports, he had raped a female victim in a hotel room after a performance in Treasure City. Black was later released from custody on a $100,000 bond.

More recently this February, the rapper was arrested after being found in violation of his probation. Held without bond, it ultimately led his concert tour to be postponed. Then, just a few months later, he violated his house arrest which led him to receive a one year in Broward County Jail. Following his release, he is to be on one year of house arrest and five years of probation. 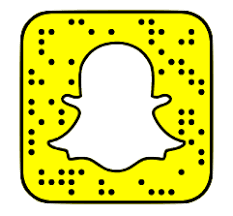 If you’re wondering whether or not the rapper has Snapchat, the answer is yes! To add Kodak Black to your friend’s list, just click here.

Want to follow the rapper on Facebook? You can find his official page at @TheRealKodakBlack, where he’s already got himself over 620,000 likes!

For the latest news and updates, be sure to follow the rapper on Twitter- you can find his official account at @KodakBlack1k. It looks like he already has over 1.4 million fans on the site!

Interested in seeing some of Blacks’ photos/videos on your newsfeed? Then be sure to add him on Instagram- you can find his official account at @kodakblack.

Perhaps you feel like watching some of his music videos? You can find his official Youtube channel here. As of 2017, he’s already gotten himself over 2 million subscribers!