Leondre Devries Snapchat Name – What is His Snapchat Username & Snapcode?

Leondre “Bars” Devries is a rapper who is best known as the other half of the musical duo Bars and Melody. He is equipped with an incredible talent in spitting rhymes and crafting verses that tackle serious issues. Read on and find out more about him, the duo, and their online presence.

Leondre Devries was born in Port Talbot, Wales, on October 06, 2000. Like his brother Joseph and sister Matilda, who were both singers, Devries developed a love for music as he grew up. He practiced his rapping skills and began performing in public places under the moniker “Little Dre”.

In 2013, Devries saw the videos of fellow music enthusiast Charlie Lenehan on Facebook.  The two became friends online and met in January the following year. They formed the duo “Bars and Melody” and joined the auditions for Britain’s Got Talent. They performed the song “Hope”, originally sung by rapper Twista and singer Faith Evans, but with Devries rewriting some of the verses to protest against bullying. The performance received a standing ovation from the judges and the audience. More importantly, Simon Cowell pushed the golden button which catapulted them to the semifinals where they performed the Faith Evans and Puff Daddy song “I’ll Be Missing You”, again with rewritten verses but this time about losing a friend.

The boys finished the competition at third place. Shortly afterwards, they were offered a record deal by Cowell under his label Syco. Their audition song in BGT was titled as “Hopeful” and released as a debut single in 2014, skyrocketing on the UK Singles Chart at number five. It was followed by three more singles in 2015 namely “Keep Smiling”, “Beautiful”, and “Stay Strong”. The highlight of the year was the release of their debut album titled 143 which peaked at number four on the UK Albums Chart. The boys held a summer tour across the UK, and in the Netherlands and Poland in winter to promote the album.

In 2016, Bars and Melody released their first extended play Teen Spirit. They were very active in the touring scene which involved visiting a vast number of cities along with The X Factor contestant Kiera Weathers.  Additionally, they toured Australia and Japan, and released their first Japanese album Hopeful, followed by Never Give Up on 2017. Moreover, they released their second album Generation Z during the same year. 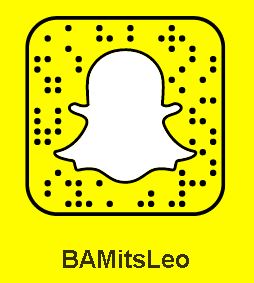 Devries’ Snapchat username was announced last May 2014 on the duo’s Twitter. Click here if you want to add him.

Devries apparently does not have his own social media accounts.

Leondre Devries Kik Username or Code – Devries does not have a Kik account. However, you should keep this page bookmarked as we will update this information in case he decides to make one. For now, be wary of accounts that claim to be him as these are either fanmade or posers.