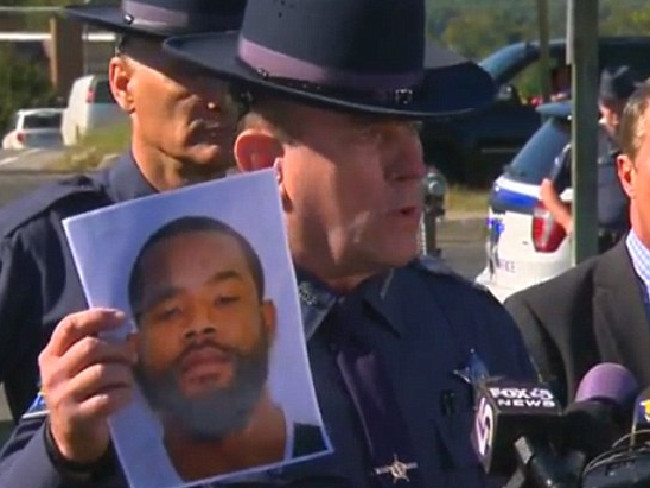 Radee Labeeb Prince is being held on a $2.1 million bail after being arrested in Delaware on Wednesday.

Prince is charged with attempted murder and a number of weapon charges. Those charges are from a shooting that happened after the earlier attack. Authorities are expected to seek his return to Maryland so he can face charges for the shooting at Advanced Granite Solutions in Edgewood, Maryland.

Prince allegedly shot five people at the place he was working in Maryland. He then drove to Delaware to shoot an acquaintance, according to the Associated Press.

The shootings sparked a manhunt across ten states and authorities arrested him on Wednesday in Newark, Delaware. Authorities found the suspect after receiving two tips from the public about his location and car. The suspect fled on foot and threw his weapon as he was trying to escape. Police say he was arrested shortly after by ATF agents. The handgun was also recovered.

Three of the six people that he shot have died while the others remain at the hospital. The medical center has said that two of the wounded are in critical condition. Wilmington Police Chief Robert Tracy said during a news conference on Wednesday that Prince knew his victims and that the attack was not random. Police are currently investigating and do not know of a motive.

The acquaintance who was injured in the second attack by Prince survived and identified him. Police issued a description of the shooter and his vehicle. Police received tips from the public about his location and found him after leaving his SUV near a high school.

Prince had been working in the company as a machine operator for four months. Harford County Sheriff Jeffrey Gahler said Prince arrived to the company to start his shift but instead began shooting.

Authorities say Prince has a long history of felony charges and workplace violence. According to Wilmington Police Chief Robert Tracy, Prince has been arrested 42 times in Delaware. Gahler has also said that Prince has a criminal record in Delaware. Reports say Prince was fired from his previous job for allegedly punching a co-worker.