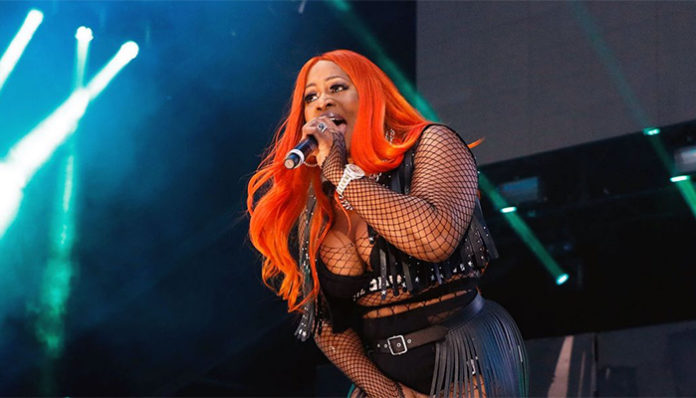 Out of The Bronx, New York, Remy Ma has release several records since her solo debut. In 2007, she came out with her first album titled, There’s Something About Remy: Based on a True Story. Released on the sixth anniversary of mentor- Big Pun’s death, 35,000 copies were sold by the end of the first week. Solidly put together, it contained many tracks including, She’s Gone, Bliingual (Feat. Ivy Queen), Secret Location, I’m, and Whuteva. Out of three singles that it spawned, Conceited (There’s Something About Remy) is the most popular, with over 5.5 million views on Youtube.

Though her second studio album is still in the works, Remy has dropped many mixtapes over the past few years including Shesus Christ, BlasRemy, and I’m Around. This February, she also teamed up with Fat Joe on the collaborative album, Plato O Plomo. A mix of old school and modern hip hop, the album featured many guest artists including, The Dream, French Montana, Ty Dolls Sign, Kat Dahlia, Kent Jones, Seven streeted, BJ the Chicago Kid, and Stephanie Mills, among others. Among the tracklist were the tracks, All the Way Up, Cookin, Money Showers, Too Quick, Swear to God, How Can I Forget, Dreamin, How Long, and Warning.

Speaking of joint ventures, she has been featured many times in the works of other. For instance, she has worked with Brooke Valentine, Lil Wayne, Currensy, M.O.P., Ron Browz, N.O.R.E., and Keyshia Cole, to name a few. Some of said tracks include, You, East Coast, Ice Cream, She Don’t Like Me (Remix), and Black Love (Remix). In 2004, she also contributed to chart topper, Lean Back as part of Terror Squad, which went on to receive gold certification in the US. With other performing-artists, she has also appeared in the songs of Havoc, Amil, Angie Martinez, Eminem, Lil Jon, and Nelly.

One of the main cast members of the VH1 series, Love & Hip Hop: New York, the rapper has earned herself many accolades throughout her career. So far, her collection includes two BET Awards for Best Female Hip Hop Artist (among five nominations), a BET Hip Hop Award for Best Duo (among three nominations), and two Soul Tea Music Awards. Last year, her single, All the Way Up also earned her three Grammy Award nominations for Best Rap Performance and Best Rap Song. As if that wasn’t impressive enough, she is currently also one of only a handful of female rapper to have ever topped the US Billboard charts.

After performing with Terror Squad in the late 90’s, she rose to fame with the release of he solo album, There’s Something About Remy: Based on a True Story in 2006.

She is currently 37 years old.

Remy Ma was born in The Bronx, New York. Growing up, she spent her childhood in the Castle Hill Projects, where life was often less than ideal.

Is Remy Ma in a Relationship?

Remy Ma has been married to fellow rapper Papoose since 2008. Despite this, they’ve had their share of ups and downs in the relationship.

In the past, she had also dated American rapper Juelz Santana; they were together for a year from 2004 to 2005.

She has two younger sisters named Remeesha Blount and Kristine Devereaux. Due to her parents’ drug abuse, she was the one who took care of them growing up.

She does not have any brothers

With her current partner, she has a son named Jayson. After suffering a recent miscarriage, it has been revealed that she is considering the option of in-vitro fertilization in order to expand her family.

It has never been revealed what high school she went to

Did Remy Ma Go to College

No, Remy Ma did not go to college. In fact, she did not complete high school as a teen- it wasn’t until her days at the Bedford Hills Correctional Facility that she received her GED.

At this time, we do not have any details on Remy Ma’s salary.

She enjoys shopping for clothes in her spare time

She is a fan of Popeye’s, but also enjoys dessert