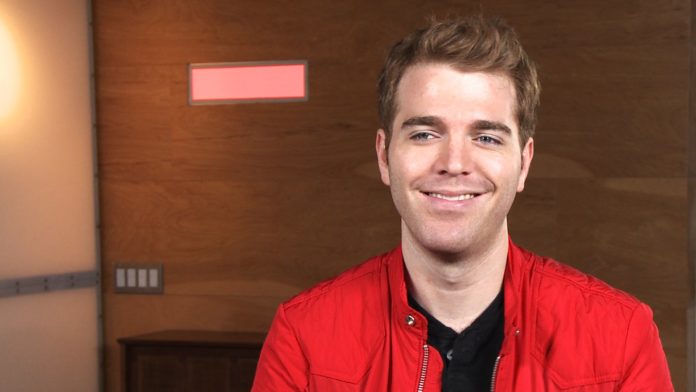 If you’re someone who was even a little involved with YouTube during its early beginnings, then I’m sure that you’re familiar with Shane Dawson. He’s one of the most well-known veterans of YouTube, and because of how long he’s been at this, Shane has been able to find millions of fans, young and old. There are plenty of people who, even if they don’t support Shane Dawson today, they were big fans of him when they were younger. Dawson’s fans are known to support him on social networks like Instagram, Twitter, Snapchat, and even Facebook. Sometimes, Shane will use social media as a way to connect with these fans.

Shane Dawson was born in July of 1988 in Long Beach, California. Although you may not guess it by looking at him now, he actually had a very troubled upbringing. He was overweight as a teenager and he grew up poor, which meant that he was bullied a lot. Not only that, but he suffered mental and physical abuse at the hands of both of his parents. Early on, Shane’s main support system consisted of his older brothers. Dawson also found an interest in making videos when he was in high school. Initially, this was just an interest, but it quickly became more than that. In 2008, he created his first YouTube channel under the username “ShaneDawsonTV”. He would use the channel to post things like short films and parodies. 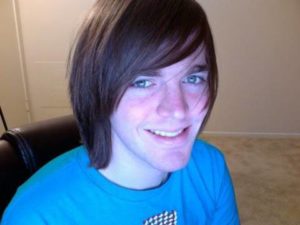 Back in 2008, YouTube wasn’t really something like how it was today. It wasn’t a place where you could, guaranteed, make a real career for yourself if you were entertaining enough. Today, aspiring entertainers will flock straight to YouTube with the intention of kickstarting a career. That wasn’t really the case back then, which is why it’s so impressive that Shane Dawson’s career was able to take off so quickly. In 2010, Forbes magazine named Shane one of the most famous people on the Internet, and I think that that’s a fair assessment. He’s always popular and he’s been able to expand his fan base by consistently collaborating with other big name YouTubers including Tyler Oakley, Miranda Sings, iJustine, TheFineBros, and even Joey Graceffa. Starting in 2010, Shane looked to branch out his content a little bit, outside of just YouTube. Shane began to use his success as a way to help him launch a career in actual television production and writing. Over the years, he would work on multiple projects that included television pilots and even feature length films.

For years, Shane Dawson was known as someone who would create music parodies. More recently, though, he’s also started to create actual, sincere original music. He has released numerous singles since 2012, and they end up being pretty successful, if only because of his loyal YouTube fans. In 2015, Shane continued to release more personal, serious content when he released his memoir, entitled I Hate Myselfies: A Collection of Essays. A year later, Dawson released another memorie entitled It Gets Worse: A Collection of Essays. Based on how he’s been able to develop his career so far, I think it’s pretty safe to say that Shane Dawson is just going to continue to blow up. 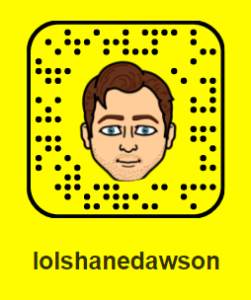 If you’re a Snapchat user who is also a fan of Shane Dawson, then you’re in huge luck! You can find his Snapchat username and Snapcode above. You can use his username, which is ‘lolshanedawson’, to search for him, which will then allow you to add him. You can also scan the image of his Snapcode using the Snapchat app, which lets you add him really quickly and easily. If neither of those methods work for you, then you also have the option of just clicking the direct link here, which will help you follow Shane Dawson on Snapchat.

Shane Dawson doesn’t really have a public personal account, but he has an official, verified Facebook page, which is about as good as it gets. This page has millions of likes, and it’s regularly updated to help you keep up to date with what Shane has going on. You can find the Facebook page by searching for @shanedawsonfans, or alternatively by clicking the direct link to the page here.

Shane Dawson has been on Twitter since way back in 2009, and since then he has been able to pull together over four million followers. Dawson’s official, verified Twitter handle is simply @shanedawson, and you can take a look at the kind of stuff that he tweets about by clicking the link here.

Shane Dawson is primarily known as a YouTuber, so obviously the majority of his followers can be found on YouTube! Shane has been on YouTube for ages, and he has over ten million subscribers. His username on YouTube is just ‘shane’, and you can take a closer look at his channel by clicking the link right here.

If you use Kik, then you may be wondering if it would be possible to have a conversation with Shane Dawson through Kik. (If you’re unfamiliar, Kik is a very popular messaging app.) Unfortunately, Dawson has never really released any information publicly regarding a Kik username or code.