Spencer Boldman Snapchat Name- What is His Snapchat Username & Snapcode?

Spencer Boldman is most well known for his role on Disney XD’s Lab Rats as Adam Davenport. He ended up performing on another Disney venture, an original movie on the Disney Channel called Zapped where he acted with fellow Disney star Zenyada.

How Spencer Boldman Got Famous

On July 28th, 1992, Spencer was born in Dallas Texas. He spent his childhood in Plano Texas with his family, including a brother and Sadie, his family’s golden retriever pup. When he was in high school, he found out that he liked acting. He got involved in a production of A MIdsummer NIght’s Dream as one of the male leads. He ended up graduating from Plano East Senior High School in the summer of 2010.

Before Spencer Boldman graduated high school, he was already doing commercial and extra work. His first appearance on a television show was on iCarly in 2009, as Nate in the episode iSpeed Date. Next, Spencer was cast in the tv movie called Jack and Janet Save the Planet, which was written by Billy Van Zandt and directed by Shelley Jenson. Jack and Janet Save the Planet was a direct to tv movie.

After that, Spencer Boldman got his first recurring role on a Television show called I’m in the Band, where he played Bryce Johnson. Next, he got a part as Adam Davenport on the Disney Channel show called Lab Rats, as a “bionic, super-powered teen living cloistered in a secret lab beneath (his) home.” Spencer was involved in the show from 2012-2016.  He also was briefly involved in the spin-off series called Mighty Med.

In 2012, Spencer Boldman appeared in the popular movie 21 Jump Street, alongside Jonah Hill, Channing Tatum, and Ice Cube. In 2013, he appeared in Jessie, a TV series on the Disney Channel as Ted Hoover. His next direct to tv movie was Zapped, where he appeared as Zendaya’s new brother in the Disney comedy.

Lately, Spencer has been working on a new film called Cruise that is due to come out later in 2017. According to the iMDB.com description, it is about a “young Italian American (man) from the wrong side of the tracks falls for a Jewish girl from Long Island.” Spencer plays opposite Emily Ratajkowski in this feature film. It seems like he is trying to move away from his Disney past.

The Disney channel star is not so innocent. Despite rumors that Spencer Boldman is gay, he was once publically in an open relationship with two different women.

The 25 year old Disney actor was in a relationship with Kelli Berglund, who was his co-star in Lab Rats, from 2012 to 2013. Towards the end of that relationship, he began dating Debby Ryan. Debby acted with Spencer on the tv show Jessie with Boldman. That relationship is thought to have lasted until 2014. Spencer is now single, and has declared that he wants to remain that way temporarily while his concentrates on his career. 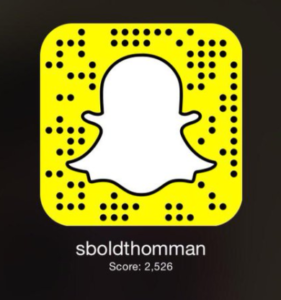 Spencer has an official Facebook page, but he has not updated it in years. The page is still followed by 176,513 people, and you can join them by clicking here. At the time, Spencer Boldman was promoting the merchandise for Tween Stars Live. There are a few videos of the actor going scuba diving, and a particularly funny vid named “6 hours of getting hai ready for a movie condensed in 15 sec.” You can also find interesting exclusive photos in his feed from a couple years ago, mostly candids or professional shots of scenes from his movies.

Spencer Boldman has an official page on Twitter under his own name. He has 277,000 followers, and you can join them by clicking here. Since the actor joined the microblogging platform in July of 2011, he has apparently only liked 3 things. He uses the medium to connect with his fans, repost his Instagram photos, share things that he is into at the moment. As of October 2017, Spencer has been posting links to various ways that his fans can donate to recent hurricane victims, both in Texas and in Puerto Rico. He also shows his love of movies by recommending the latest box office hits such as Mother! and A Ghost Story.

Spencer has posted 222 times since he joined the photo-sharing social media site, Instagram. Most of his posts feature the shirt-less actor on movie sets, photos of his dog – a gorgeous golden retriever, and pics of his travels. Spencer has 1.2 million followers – you can click here to join them. He posts some quality content, especially if you enjoy attractive shirtless men, puppies, landscape photos, or bright colors. Most of his pics have a bright color scheme, and many of them are in tropical locations.

What is Spencer Boldman’s Kik Username or Code?

While it does not appear that Spencer Boldman has an account on the Kik messenger app, he is fairly responsive on ask.fm. You can find that account by clicking here.

Spencer does not have his own YouTube page, but there is still lots of delicious content featuring the actor. There are many different interviews and featurettes of Spencer Boldman if you simply search them out. One of my favorites is this clip where he admits crushing on Selena Gomez.