Terrence Howard Net Worth 2018 – Just How Rich Is He Really? 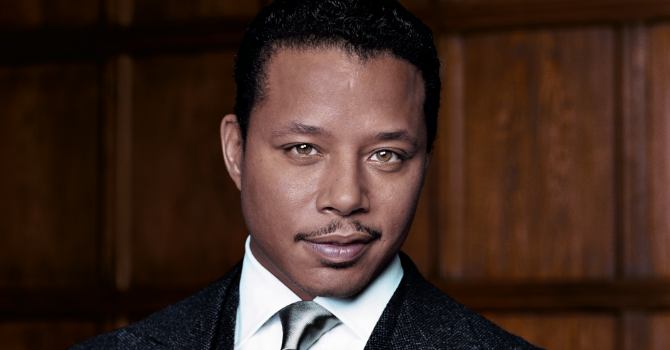 The road to fame and fortune can be rocky and fraught with failure, a hard but straight climb, even a swift gondola ride for the unawares, but most often it’s a combination of all those paths. Terrence Howard knows these hard truths all too well. Coming from a turbulent place with a drive to achieve his dreams, his has been an uphill battle for recognition which finally came, putting him squarely at the top of his personal mountain. What is it about someone that feeds their hunger for more out of life and empowers the kind of struggle for greatness that lesser people forego? Let’s dive into the life of a man made good and see if we can discover his secrets for ourselves.

How Did Terrence Howard Make His Money & Wealth? 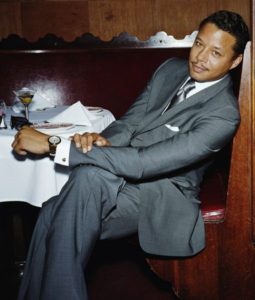 Born Terrence Dashon Howard on March 11, 1969 in Chicago, Illinois, he was the great-grandson of the famed African American actress Minnie Gentry (1915-1993), so it’s safe to say that acting already ran in his blood. The young Terrence had a rough childhood, however, as his father Tyrone was physically abuse and often beat him for the slightest of infractions. At the tender age of 2, he witnessed Tyrone fatally stab another man during an altercation over cutting in line to see Santa in Cleveland (later known as the Santa Line Slaying). While sentenced to 11-25 years for manslaughter, Tyrone was paroled under a year later for good behaviour, though the incident led to Terrence’s parents divorcing and their move from a suburban neighbourhood to a more urban environment. While only 16, Terrence legally divorced himself from his parents (child emancipation) and survived on welfare for 2 years before making the move to New York City, as his father had once told him, “If you want oranges then you have to go where oranges grow.” He wanted to act and so he went to NYC, the place where actors grow. Initially enrolled at the Pratt Institute in Brooklyn, Terrence majored in chemical engineering but dropped out after 2 years to fully concentrate on building his acting career.

Terrence’s first walk-on roles came courtesy of TV casting and he even found himself in a small role in an episode of The Cosby Show, the same show his great-grandmother had also graced. His first big TV role was in the ABC mini-series The Jacksons: An American Dream (1992) portraying Jackie Jackson, and this was the gateway for several additional roles in TV movies and series, leading to his big break in the films Dead Presidents (1995) and Mr. Holland’s Opus (1995), both critical successes. He would go on to spend the next ten years working diligently in film, TV, and in other acting venues, including appearing in the music videos for Ashanti’s song ‘Foolish’ and Mary J. Blige’s ‘Be Without You’. Being in front of the camera was not Terrence’s only role during this time, as he strove to learn more about what goes into every part of the production, trying his hand at film production. It was his role in Crash that threw Terrence into the mainstream and his following role in Hustle & Flow that saw him nominated for an Academy Award for Best Actor. He took a stand when the studio cut his salary in the subsequent sequels to favour Robert Downey Jr., refusing to allow that kind of insult (his part was re-cast with Don Cheadle). With some singing experience under his belt from personally performing all the tracks from Hustle & Flow, Terrence next dipped into the music industry; writing (or co-writing) all the songs on his debut album which he described as ‘urban country’ and which peaked at No. 30 on the Billboard Top 200. 2008 was also the year he made the jump to Broadway in Cat on a Hot Tin Roof alongside acting legends James Earl Jones and Phylicia Rashad.

More work and parts have followed as Terrence continues to explore just what it means to be an actor, striving to take parts that he says ‘teach him more about himself’. He’s appeared in the massive Law & Order franchise (Deputy District Attorney Joe Dekker in Law & Order: Los Angeles) and has portrayed none other than Nelson Mandela in 2011. Since 2015 Terrence has kept himself busy in Fox’s critically acclaimed series Empire, as well as appearing in the first season of Wayward Pines, produced by M. Night Shyamalan. 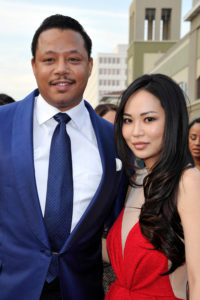 Terrence is currently married and has quite a history with marriage, as it turns out. He met and married his first wife, Lori McCommas, while in college (they have three children; Aubrey, Heaven, and Hunter), though they divorced in 2000 only to remarry in 2005 and divorce again in 2007. Terrence and Michelle Ghent married in 2010 but she filed for divorce a year later in 2011 (finalised in 2013) and he met and married his third and current wife, Mira Pak, later that year. Mira brings her own talents into the mix, being a model and successful restaurateur, and the couple has been blessed with two sons, Qirin Love (2015) and Hero (2016). Altogether that’s five children and two grandchildren, making Terrence the proud patriarch of a spreading family. Here’s hoping that love sticks around and that he and Mira find in each other what they’ve both been looking for!

What influences Terrence as an actor? 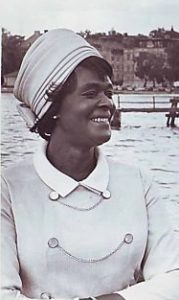 When asked if there was a singular influence on his decision to go into acting, Terrence has pointed to his great-grandmother, trend-setting actress Minnie Gentry. He told NPR, “She introduced me to acting because there was magic and believability in what she did.” Minnie was also responsible for Terrence’s love of music, teaching him the relationship between notes in harmonies in the context of family and friend relationships, a novel but simple teaching style. He’s said that the lessons she instilled in him have helped him mature as an actor over the years, going from believing that the best actor is the best liar, to realising that the best actor is actually the best truth-teller. His great-grandmother, “really did magic, I was transfixed seeing her perform,” he told The Independent, and what better tribute to her than Terrence’s entire career?

Has Terrence won any awards? 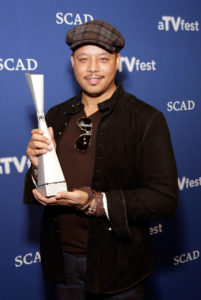 The boy from Chicago saw a rough start in life but has managed to make good, despite fighting his own personal demons, a shadow of the traumatic childhood he overcame. With 291,000 Twitter followers and 659,000 followers on Instagram, it’s also safe to say he’s embraced contemporary social media to communicate with his fans in the most intimate of ways. There have been struggles and hard times, bit parts and disappointments, but through them all Terrence has shown time and again that he not only has what it takes to succeed, but that he also understands that acting is a very personal media, one in which a person becomes something more. Taught at the knee of an acting legend from the first days of the silver screen, Terrence represents a new kind of actor, one who can synthesise themselves and the role into something that reaches the audience on a personal level, an acting alchemy. No matter what’s waiting just over the horizon, Terrence Howard is already striding towards it from the summit of his career.