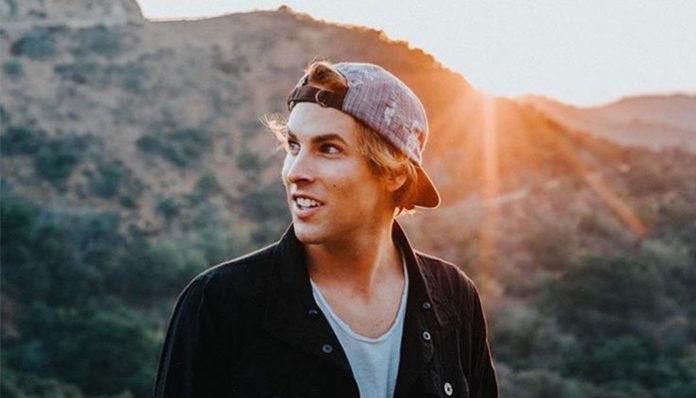 A twenty something from San Diego, Tristan Tales rose to fame on Snapchat after several of his stories went viral. One of the most influential users on the platform, he has successfully captured the hearts of thousands with his infectious personality. Not only is he known for his witty sense of humour, but he also has a knack for storytelling.

Though Snapchat remains to be his major platform, Tristan is also active on a few other apps including Instagram and Youtube- in fact, he’s already gotten himself over 640,000 subscribers on the latter! Aside from vlogging, he also posts a range of other videos from challenges to pranks. Currently, he updates his Youtube channel on a weekly basis.

Aside from all that, he’s also a member of Team 10 (Jake Paul’s supergroup for those who are unfamiliar with the name). Since the launch of their group Youtube channel, Tristan has collaborated with many of his fellow members including Alex Lange, Tessa Brooks, Jake Paul, the Martinez Twins, and many others.

How successful is his social media career now? How wealthy is the Snapchat star? According to sources, Tristan Tales currently has an estimated net worth of $100,000. Let’s take a closer look at what he’s accomplished over the past few years.

How did Tristan Tales Make His Money & Wealth? 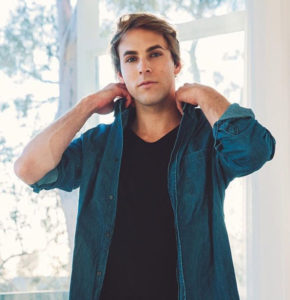 Born on August 21, 1994 in San Diego, California, Tristan Tales is one of seven children in the family. Unfortunately, not much has ever been revealed about the Snapchat star’s childhood. What we do know however, is that he went to study cinema and business at the University of Southern California after graduating from high school in 2012. Presumably, he got involved with social media around that time. Since then, he has relocated to Los Angeles; his father currently resides in Ireland while his mother resides in San Diego.

With a bit of luck, his first story titled, College Gym Safari Tour ended up becoming a viral hit overnight. With that, he gained thousands of followers, all of whom fell for his infectious personality. One for engaging with his fans, Tristan allegedly spent upwards of two hours a day responding to personal messages. Though it proved to be tedious, his hard work eventually paid off in the end; his engagement went up and so did his overall popularity.

Continuing to grow his presence, he later began to collaborate with other Snapchatters. As he had put it, ‘collaborations are the best way to get your name out there” as “the community is so small”. Some of the celebrities that he’s teamed up with include Roman Atwood, Jake Paul, and Georgia Copter, among others.

When asked about his future plans on Snapchat, Tristan expressed an interest in one day creating an original series on the platform.

As you probably already know, Snapchat can be a lucrative platform for many celebrities. For instance, some of the app’s top users easily make thousands of dollars per endorsement campaign. Having said that, companies are typically tight-lipped about how much they pay said celebrities. Still, it’s not unheard of for some to make six figures a week on Snapchat! Unfortunately, details regarding Tristan’s Snapchat earnings have never been publicized.

Aside from Snapchat, Tristan is also active on Youtube from which he also yields a decent amount of revenue. Since he joined the site back in 2015, he has gained over 641,000 subscribers; across his channel, his videos have also been viewed more than 18.5 million times combined. As of October 2017, his most popular upload, Set Jake Paul’s Room on Fire (Prank Gone Right!) has received over 2 million hits. Some of his other top videos include Alien Scare Prank, What Happens in Coachella, and We Have Exciting News.

So, how much has he banked from his Youtube channel? On average, Google partners (e.g. Youtubers who display ads on their videos) earn a few dollars per 1,000 views- this can easily add up with a wide enough audience. Seeing as how Tristan has accumulated 18.5 million views, this works out roughly to be $15,000 to $37,000 (before Google takes its cut). Seeing as how fast his account is growing however, it’s incredibly likely that this figure will continue to go up with time.

If you’re interested in owning some official merchandise, he’s even got his own collection of products (e.g. t-shirts, hoodies, phone cases, etc.) available for purchase via Fanjoy. You can visit his online store by clicking here.

No he is not married- in fact, it’s unclear whether or not he’s currently in a relationship. Having said that, many fans have noticed that he seems to be getting close with Instagram model Lacey Claire recently.

Does Tristan Tales Have Any Children?

No, Tristan Tales does not have any children.

Did Tristan Tales Go to College?

Yes, he is currently in college. In fact, most of his Snapchats take place on campus.

Originally from San Diego, Tristan Tales currently resides in the Team 10 House in Los Angeles, California. Since he moved in, he has posted several videos of the home on to social media.

What Kind of Car Does Tristan Tales Drive?

Unfortunately, we do not have any information on Tristan tales’ vehicle at this time.

A popular personality, Tristan Tales’ work on social media has earned him a massive following over the past few years. Just recently, he was also nominated for the title of Snapchatter of the Year at the 8th Annual Shorty Awards.

How Much Did Tristan Tales Make Last Year?

We do not have any information on Tristan Tales’ 2016 earnings at this time.

For the latest news and announcements, be sure to follow the star on social media!