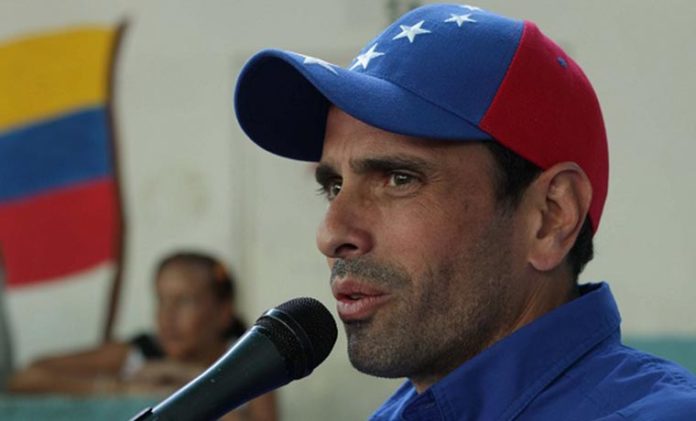 Venezuela’s opposition is now even more divided after Henrique Capriles announced that he is quitting the MUD political party.

Capriles, who was a presidential candidate in 2014, said his decision was in protest for what the four opposition governors did a few days ago. The four of the five governors elected from the opposition decided to pledge allegiance to the constituent assembly, which some of the opposition sees as illegitimate.

The constituent assembly was heavily criticized since it was announced and elected. It later led to sanctions but has continued making decisions and it was already seen as an obstacle prior to the regional elections. The five opposition governors elected ten days ago reportedly had an agreement not to pledge allegiance to the constituent assembly. But that changed when the four pledged allegiance. Juan Pablo Guanipa, who was elected as Zulia’s governor, was the only opposition member not to pledge allegiance.

Before the regional elections, government officials had announced that all governors elected would have to accept the constituent assembly.

Henrique Capriles, who lost a controversial and close presidential election three years ago, said on Tuesday that he would not be part of the opposition because it is not unity as a concept or a vision.

The governors of Tachira, Anzoategui, Merida and Nueva Sparta later changed their minds and pledged allegiance, sparking criticism from other opposition members and supporters.