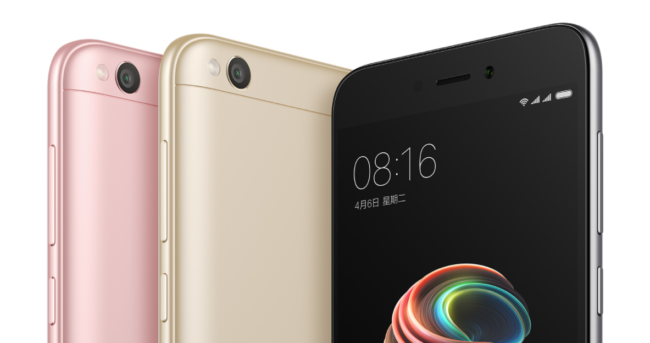 Xiaomi has just launched the Redmi 5A and while the smartphone isn’t the best device offered by the company, there is something that many fans would like but we’ll get to that in a second.

Probably the best thing about the device is its battery life. The company claims that the Redmi 5A has eight days of battery life. That’s a really good battery life and it will definitely be something that fans will look at when searching for a new Xiaomi phone.

The Redmi 5A is missing a fingerprint scanner and some of the popular technology such as dual cameras but the device is a good option for those not looking to spend much or simply looking for a device with good battery life.

The Xiaomi Redmi 5A was recently launched in China and pre-orders started on Monday. The price of the phone is CNY 599 ($90).

The device only brings minor improvements over the Redmi 4A but here are all the specs and everything you need to know about the Redmi 5A:

– Snapdragon 425 processor, the same from the previous version.

– 16 GB of storage and 2GB RAM. The company has only announced one variant but more could be announced later. The storage is expandable up to 128GB via microSD card.

– The previous version, the Redmi 4A, offered 16GB and 32GB of storage. The specs remain pretty much the same, with the battery, which went from 3,120 mAh to 3,000 mAh, being the only difference.

Xiaomi has launched several devices this year but the Redmi 5A is one of the most affordable and interesting devices as the company claims it has an eight day battery life. The device has only been launched in the home market, China, and the company has not revealed if it will arrive to other countries in the future.