8 Things That Could Get You In Trouble In The UAE 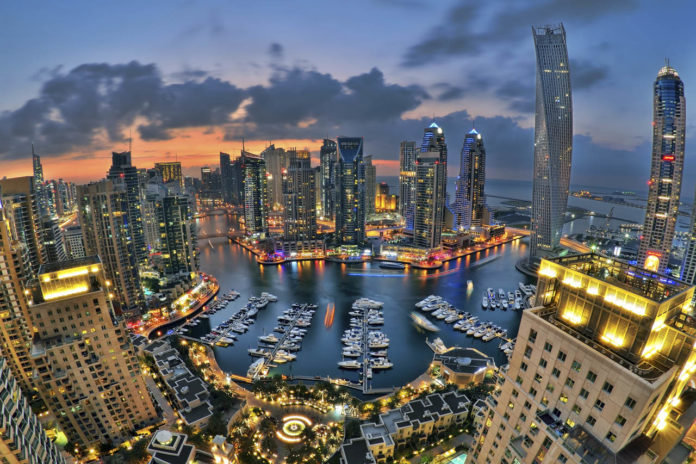 It is always important to know a little bit about a country before traveling there. Many tourists visit a country and behave like they would in their home country. But in the United Arab Emirates, things are a bit different and this has led to some getting in trouble. In recent months, a number of bizarre arrests have happened in the country. Photographs, a finger gesture and a single fake note have been some of the things that have led to arrests. Here are eight things that could get you in trouble in the United Arab Emirates:

Earlier this year, a British IT worker got in serious trouble when he did something that’s common in other countries. He says he was driving to the airport with his wife and there was a car behind him flashing its lights. He says he pulled over and they were screaming at him. He stuck his middle finger up at the driver and drove off. Nothing happened after that and he left the country. The problems began when he returned to the country a few months later for a holiday with his wife. He was stopped at the airport in passport control and arrested. His passport was confiscated, so he could not leave the country. The man was released after five weeks but he says he spent thousands in legal fees.

In October, a Scottish man was facing a year in jail for a fake single note. He was stranded in the country after being cleared of the crime last year. His passport was confiscated while his family was allowed to return home. He tried to explain what happened and that it was all a mix-up but he was still showing up in the computer as wanted for fake money. He was released days later.

Taking Pictures of Others Without Permission

Taking pictures of others without asking for their permission can lead to a huge fine in the UAE. People can also be jailed for six months if someone does not give permission for the picture and that picture is posted on social media.

In 2015, an American mechanic was arrested after criticizing his company on a Facebook post he wrote while in the US. When he returned to the UAE, he was arrested. After ten days in prison, he was released on bail and the company dropped charges against him.

One of the latest bizarre arrests to happen in the UAE involved a British tourist. It all happened when the man was holding a drink while walking through a crowded bar. He touched a man’s hip to avoid spilling the drink and police were at the scene minutes later to arrest him. He was charged with public indecency and held for five days in a prison. He was facing a three year sentence but reports said the person who made the complaint decided to drop the charges after learning about the punishment he was facing. He was released in October, three months after his arrest.

Too Much Plastic Surgeries

In September, Rodrigo Alves, who is known as the Human Ken Doll, was apprehended in Dubai due to unrecognizable passport picture. Over the years, he has spent hundreds of thousands of dollars on surgeries. His face is now so different to the image on his passport that facial recognition technology didn’t recognize him. He had to wait for three hours but he says he didn’t question what was going on because it had already happened to him at another airport.

In 2014, Robert Alan Black visited the United Arab Emirates to speak at an international creativity conference. But that’s not what got him in trouble. Black, a former architect, began taking pictures of buildings but some of them included restricted areas. A spokeswoman later revealed that Black had been detained and charged with taking pictures of restricted areas. He was released nearly a month later but received the minimum fine of $135.

Swearing on WhatsApp can land someone a huge fine. Under the Cyber Crimes Law, a person can be fined thousands of dollars for sending insulting words through the messaging service. In 2015, a man was fined hundreds of dollars for sending an insulting message and threats to a colleague. Legal experts have warned that even a middle finger emoji can lead to a huge fine.