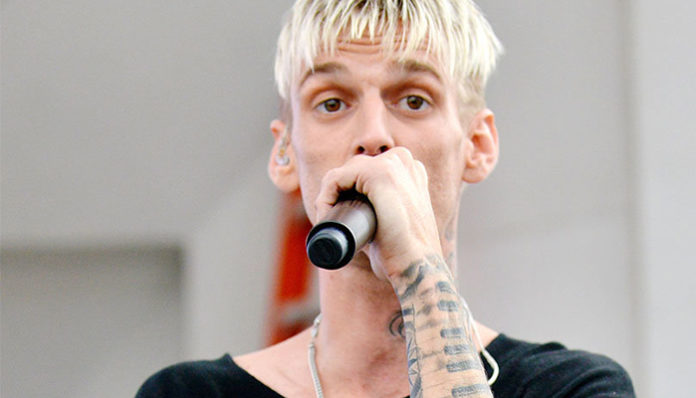 A former teen idol, Aaron Carter established himself as a pop artist in the early 2000’s. Having performed ever since he was young, his talents eventually landed him a music deal at the age of ten. In 1998, he released his eponymous debut album, Aaron Carter to critical acclaim. One of the first records to be made available on iTunes, it came with several tracks including, Please Don’t Go Girl, I’d Do Anything, Crush on You, Ain’t That Cute, and Get Wild. Certified gold in a handful of countries, the album reached number 17 on the Top Heatseekers chart in the US.

A few months after the new millennium, Carter came out with his second album, Aaron’s Party (Come Get It). His most successful record, it proved to be an international hit- having charted in countries as far as Australia, and Germany. A blend of pop and hip-hop, the album went on to produce the singles, I Want Candy, That’s How I Beat Shaq, Bounce and Aaron’s Party (Come Get It), that last of which eventually went gold. To promote the release, the teen at the time embarked on his first concert tour- the Aaron’s Party Tour in the summer of 2001.

A year later, he released Oh Aaron in August 2001. Though not as successful as his previous effort, it found success in the United States where it had peaked at number 7. Featuring guest appearances from No Secrets and his older brother Nick Carter, the album included the songs, Come Follow Me, Baby It’s You, The Kid in You, I’m All About You, and Aaron Carter Spoken ID.  From there, he dropped his fourth and final album, Another Earthquake in 2002. Like its predecessors, it spawned a few singles including, Summertime, To All the Girls, and Another Earthquake.

Since then, he has released a couple of compilation albums as well as a few singles. Most notable of all, however, is probably that of his recent EP, Love. His first collection of songs since 2002, it was made available for purchase on February 10, 2017. Produced in part by Carter himself, the extended play contained five tracks- Fool’s Gold, Sooner or Later, Let Me Let You, Same Way, and Dearly Departed. What else has he been up to recently? Aside from his music releases, he has also been appearing on television- for instance, he has been featured in the shows, Exposed with Deborah Norville, Entertainment Tonight, The Doctors, and Supergirl Pro over the past few months. Last year, he also acted in the TV series, Angie Tribeca and Clevver Now.

Aaron Carter rose to prominence in the late 90’s, as a teen star. In particular, his second album, Aaron’s Party (Come Get It) had launched him into a great deal of fame.

Aaron Carter was born in Tampa, Florida, where he grew up alongside his older brother, Nick Carter (who is best known as a member of the Backstreet Boys).

He is of Scottish, Welsh, German, English, and Irish descent

Is Aaron Carter in a Relationship?

As far as we know, Aaron Carter is currently single.

Earlier this year, he had ended his relationship of a year with Madison Parker. Previous to that, he had been engaged to Puerto Rican model Maile Hochuli in 2010, and to American actress Kari Ann Peniche in 2006.

Some of the other women that he’d dated in the past include Kaci Brown, Hilary Duff, and Lindsay Lohan.

He has three sisters- a twin sister named Angel, Leslie, and B.J.

He has an older brother named Nick, who rose to fame as a member of the Backstreet Boys

At this time, we do not have any information on what high school Aaron Carter had gone to.

Did Aaron Carter Go to College

No, he has not gone to college. Considering how busy he was with his music career as a teen, however, that’s not too surprising.

At this time, we do not have any details on Aaron Carter’s salary.

As of 2017, Aaron Carter has an estimated net worth of negative $2 million.

In his free time, he enjoys playing video games, listening to music, and doing things outdoors

His favorite foods include steak, pizza, McDonald’s, and Pop Tarts

Send Her My Love by Journey