Afghanistan: Attackers Storm TV Station, Back On Air Shortly After 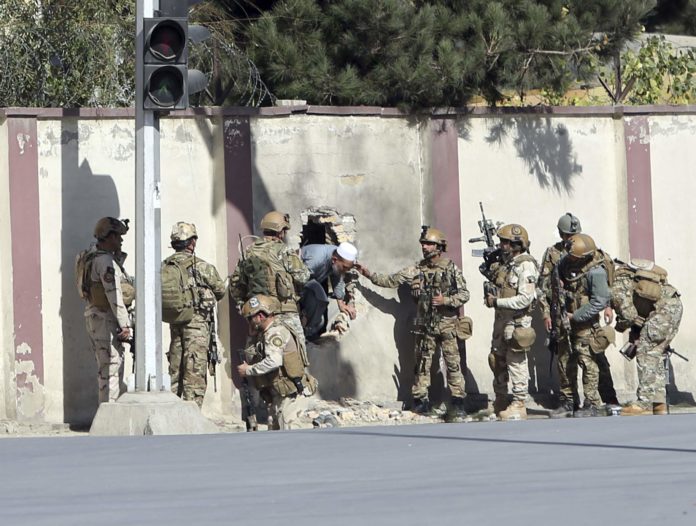 The Shamshad TV Network in Kabul had to go off air when gunmen stormed the building but they were back on air shortly after the attack.

The attack on the broadcaster began when militants stormed the building disguised as policemen. At least one person was killed and many others were injured.

Security forces battled the attackers for about three hours. Shamshad TV was back on air after the attack ended, announcing the words from the commander of the special forces that all the staff who were inside the building had been rescued.

The station reported that a suicide bomber blew himself up at the gate. A second attacker made it to the building and began firing at staff. That attacker then went up to the roof to fire at security forces who were at the scene.

A news reporter from the station confirmed that 20 staff members had been injured and that six of them were in critical condition. The reporter also suffered injuries when he cut himself with glass as he escaped from the attackers. He reported the news with his hands bandaged.

The news director of the station, Abid Ehsas, was interviewed at a hospital where some of the injured staff had been taken and said that he was in his office when gunmen wearing police uniforms started attacking the building. He said one of the guards was killed and then the gunmen entered the building and began firing. He added that most of the staff were able to flee but that some were injured and some jumped out of windows. Interior Ministry spokesman Najib Danish said that one person had been killed and that 24 others had been injured.

One employee who spoke to AFP said that he saw the three attackers entering the building on security cameras. He confirmed that a guard had been shot and that the gunmen then entered the building.

The attacked happened just miles away from where the presidential palace and a number of embassies are located.