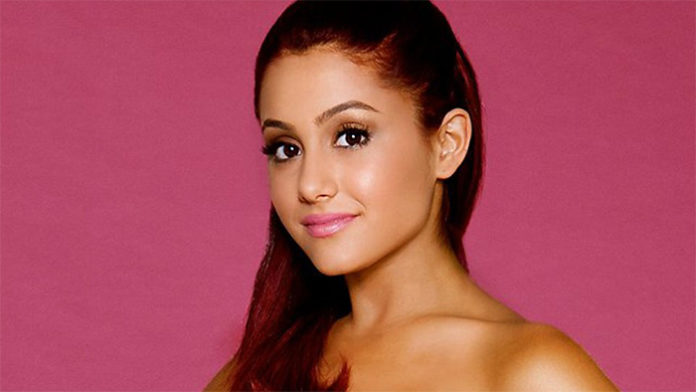 A multi-platinum selling artist, Ariana Grande launched her music career back in the early 2010’s. Considered a teen idol by many, she released her debut album, Yours Truly in 2013. Inspired by the works of Mariah Carey and Christina Aguilera, it produced three charting singles, one of which included The Way, which was a collaboration with Mac Miller. More successful than she had anticipated, the project debuted at the top of the Billboard 200 with over 138,000 copies sold in the first week. In support of the album, the singer later embarked on her first concert tour which kicked off in July 2013.

A year after her debut, her popularity peaked again with the release of her second album, My Everything. Made available that summer, it shot to the top of multiple record charts including those in the US, Canada, Norway, Belgium, and Australia. More “mature” than her previous album, the tracklist included the songs, Just a Little Bit of Your Heart, Hands on ME (Feat. A$AP Ferg), Love Me Harder (with The Weekend), One Last Time, and Problem (Feat. Iggy Azalea). An overall hit, it eventually earned Grande her first Grammy Award nomination for Best Pop Vocal Album in 2015. Since then, the album has also gone double platinum in the United States.

Her third album, Dangerous Woman was released in the summer of 2016. Featuring guest appearances from Future, Nicki Minaj, Macy Gray, and Lil Wayne, its production was handled majorly by the singer herself with Max Martin, Savan Kotecha, Peter Svensson, and Twice as Nice. Another chart topper, a handful of hits were produced including, Focus, Dangerous Woman, Side to Side, and Into You, all of which have been certified by the RIAA. In support of the album, Grande went on a multi-leg tour which brought her performing as far as Australia and Japan- in fact, the tour (which ran for a total of 77 shows) only recently ended this September!

In addition to her music career (which she’s probably most well known for), Grande has starred in several television series and films. For instance, she played the lead part of Cat Valentine in the teen sitcom, Victorious from 2010 to 2013. From there, she reprised her role in the spin-off, Sam & Cat, which ran for another two years. Some of the other shows that she’s appeared in include, Family Guy, Scream Queens, One Love Manchester, Swindle, and Knock Knock Live. Most recently, she was also featured in the special, Carpool Karaoke: The Series alongside Seth MacFarlane.

Ariana Grande originally rose to fame on the Nickelodeon series, Victorious, before launching her solo music career a few years old. Her debut album, Yours Truly was met with critical acclaim upon its release in 2013.

She is currently 23 years old

Ariana Grande was born in Boca Raton, Florida, where she spent the first few years of her childhood- she later moved to Fort Lauderdale with her family where she went to school.

She is of mixed descent- she has Italian, Abruzzese, and Sicilian ancestry

Is Ariana Grande in a Relationship?

Ariana Grande has been dating American rapper Mac Miller since August 2016. Reportedly, the two had first met when they collaborated on her song, The Way in 2013.

Prior to her current relationship, the singer was in a relationship with Ricky Alvarez. In the past, she has also dated Big Sean, Jai Brooks, Nathan Sykes, and Graham Phillips.

She does not have any sisters

She has an older half-brother (by ten years) named Frankie who also works in the entertainment industry.

As a student, she went to North Broward Preparatory School and Pine Crest School.

Did Ariana Grande Go to College

No, she has not gone to college. Ever since she graduated from high school, she has been kept busy with her music and acting careers.

At this time, we do not have any details on Ariana Grande’s salary.

In her free time, she likes watching movies, listening to music and swimming

Her favorite foods include vegetables and salmon

Her favorite movies include Harry Potter, Funny Face, Lord of the Rings, Jaws, and American Beauty