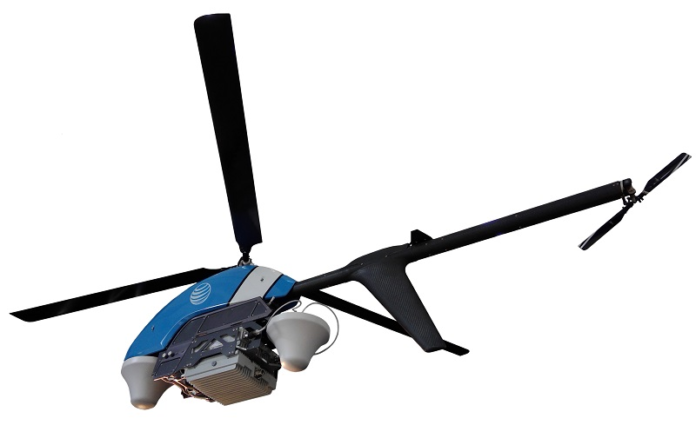 Hurricane Maria left destruction across Puerto Rico but several tech companies have stepped in to help the island recover. One of those companies is AT&T, which is now using a drone to provide cellular service.

The drone is one of many projects that companies have brought to the island. A high percentage of the population remains without service and while the drone isn’t a project that will help the entire island, it is the second one that the communications company launches to restore cellular service in some parts of Puerto Rico.

Hurricane Maria left a lot of damages on telecom infrastructure and estimates say around 50 percent of the population has no cellular service. AT&T’s drone, called the Flying COW (Cell on Wings), hovers just a few hundred feet above the ground and provides wireless connectivity to up to a 40 square mile area.

AT&T said in a statement that as they work to permanently restore their network, this technology is providing data, voice and text services to customers. The company added that this is the first time a drone with this technology is deployed. The drone is currently in the San Juan area but the company has said it will move to other areas soon.

The company is using one drone at the moment but they told Ars Technica that they are testing other drone models to add to the fleet.

AT&T is one of several companies that have stepped in to help the island after the hurricane. In recent weeks, Alphabet, Facebook, Microsoft, Tesla and a few other companies have donated millions or have brought their technology. Tesla recently restored power to a children’s hospital with solar panels and batteries.

It could take a while for Puerto Rico to be back to normal but these companies have helped thousands of residents in recent weeks. AT&T’s drone and partnership with Alphabet provides a temporary fix but the company has said its teams are working to restore their network.