Best Board Game Deals For The Black Friday Sales in 2017 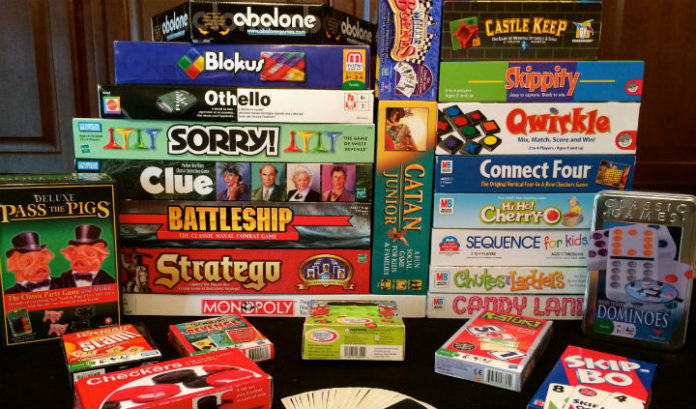 Board games! You know them, you love them, and they’re making a comeback! Board games are all the rage, and it’s no surprise that you’ll be able to find a lot of board games on sale this Black Friday 2017. Read on more to find out about what games are on sale, where you can find these games on sale, and hopefully discover a new game or two!
Check out some of the best deals at Amazon Below

Target will be discounting a lot of board games down across a flat 25% on Black Friday. These deals will go live for Saturday, November 18, and will return on both Thanksgiving and Black Friday. The deals will be online and in store, and will automatically have the discount applied. Target is also famous for carrying a wide selection of games from smaller game companies and indie developers and publishers. These deals will end when your local Target store closes, or on 11:59 PM EDT on Friday, November 24th.

Bob Ross: The Art of Chill

Riding the Bob Ross revival meme train, this game is a tribute to Bob Ross. Players move their pieces over a gradient of colors, while a non-player character that represents Bob Ross sets the pace while “painting” a landscape. This game will be priced down from its regular price of $24.99, making it worth checking out for the price of $18.75. 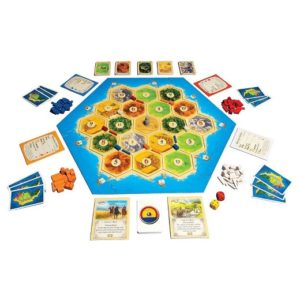 Settlers of Catan and Catan Junior

If you haven’t played Settlers of Catan, it’s just like a more fair monopoly. You colonize a game board by settling settlements on the vertices, and upgrade over time to collect more resources and play development cards. Catan is an extremely fun game – easy to learn, yet hard to master. Catan will be discounted down 25% from its regular $39.99 price, making it a $29.99 purchase. The expansion packs, which also include the 5 and 6 player expansions, will also be on sale and discounted down from their price of $24.99.

Catan Junior is a faster-paced Catan with a smaller board and more simple rules. This will be priced down to $24.99 from its original price of $29.99.

Betrayal at House on the Hill 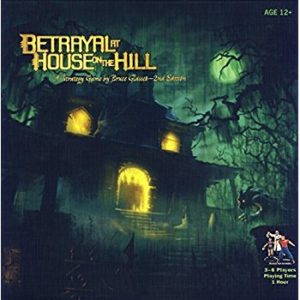 My personal favorite of every game on this list, Betrayal at House on the Hill (and its expansion, Widow’s Walk) will be discounted down from the regular price of $29.99. A small sidenote, Betrayal at House on the Hill recently had its second edition printed, which brought the price down from $39.99 to $29.99, so now is the time to acquire it if you’ve been waiting. 2 through 6 players pick a character, explore a haunted mansion, and spooky things happen until a mega spooky event happens and one of the players betrays the rest of his party. This is seriously worth checking out if you have any friends who are into RPG games.

Five Below will have a ton of board games on sale for $5 or less (hence the name Five Below!), although most of them are rather… kiddy and uninspiring. Still, there’s a few golden nuggets worth mentioning. Five Below deals will begin when the store re-opens on Thanksgiving, and last through Black Friday until the stores begin to close. These deals are not available online.

Magic the Gathering: Arena of the Planeswalkers

Licensed by Hasbro, this game is horrible. I’ll be honest and admit it, we tried to play for like an hour and got lost. Still, if you and your friends are bored one night, this is a great conversation piece for any Magic the Gathering player. For $5, you can pick up Arena of the Planeswalkers, which combines some weird HeroClix (remember that game?) mechanics with a really uninteresting and slow-paced gameplay structure. But, again, this is a $5 pick-up, and if you play it once, you can have more fun than the money was worth. 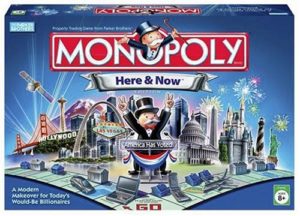 More aimed at teenagers and adolescents, this version of Monopoly focuses on events as they were in 2015. Included is everything you need to get started with monopoly – paper money, game pieces, property cards, the board, and dice. For the price of $5, this isn’t a bad game to grace your shelf!

Walmart will have a whole ton of board game classics and staples on sale, all for less than $5! These Walmart deals will start on Thursday at 6 pm, and last until Black Friday 2018 deals conclude at 11:59 EDT on November 24th.

The classic Trouble game will be on sale for $4.88 on Thanksgiving and Black Friday 2017 this year. Trouble is a great competitive game for you and your friends, and plays around trying to capture the other pieces 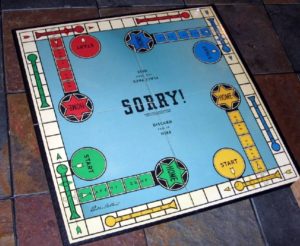 Sorry may be one of the first board games I played growing up, yet still is a classic. Also priced at $4.88, Sorry revolves around trying to get one of your pieces around the gameboard without being captured or overtaken by another player. Whoever gets all their pieces back to the starting point first wins!

Connect 4 will also be $4.88, and pretty much explains itself – drop your pieces in (these are red and yellow pieces, if that matters), try to connect four of them in a straight line, and you win the game! 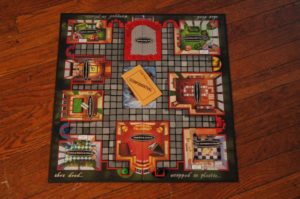 Perhaps the game that has the most depth of the classic board games listed above, Clue is a “who-dunnit?” game where you send your piece around the mansion to collect clues. Through a process of elimination, you will determine who murdered who, and with what weapon. You guessed it, this classic game is also priced down to $4.88!

Monopoly Millionaire does not play like classic Monopoly; rather, the goal is to collect a million dollars as fast as you can. While you still send your piece around the board, collecting properties, paying taxes, and sitting in jail, your goal is not to oust the other players, but rather be the first to earn a million dollars. The prices are all inflated to adjust for this, and the game is a little more strategic than your average Monopoly game. This will be priced at $9.88, and is the only outlier from the classics selection.