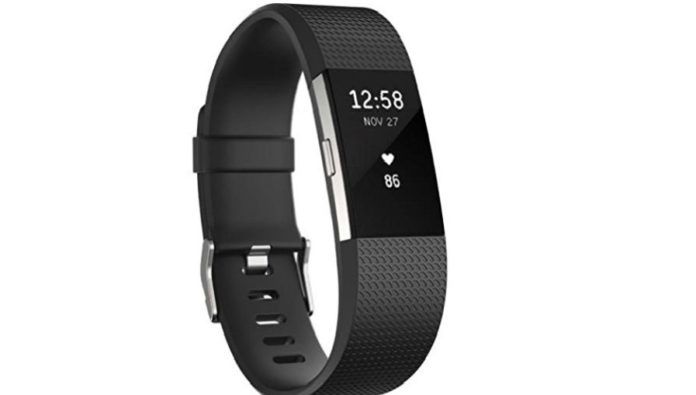 Smartwatches, fitness trackers, and accessories for both are sure to be very popular items for the 2017 Holiday Season. With greater connectivity and interactivity than ever, most people who don’t already have a Fitbit would probably love to have one, and in some cases, may make their health insurance cheaper through monitoring physical activity. So if you want to give the gift of health (alongside some cool new tech) take a look at some of the deals below.
Check out some of the best deals at Amazon Below

As you might guess, Amazon has some great deals on both official Fitbits and alternatives. Let’s take a look at some of these.

Are you looking for an inexpensive, rugged, low profile but functional Fitbit? Then the Flex 2 may be just the choice for you or the person you’re giving it to. Pairing with any smartphone through the Fitbit app, one can easily measure all the functions you’d expect with a fitness tracker, while the device itself is quite waterproof, has a long battery life, and can be fit into a bangle or other accessory which are sold on Amazon as well.

Quite different than the above choice, the Charge 2 is a more “all in one” version of the Fitbit which is less dependent on a smartphone, though it can be connected through the Fitbit App as before. This Fitbit has a full watch, date, and heartrate display by default, and allow for messages or events to be carried from your phone to the watch-face so you needn’t fumble in your pockets to see what that ringtone was about. Guided exercise programs can be done through the Fitbit Charge 2, including breathing exercises for when the office becomes a bit too overwhelming. Workouts can be linked to GPS coordinates to see real time stats about your runs. Unlike the previous model, due to the heart rate sensor, caution should be taken in giving this to swimmers as it could cause issues. 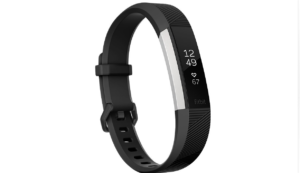 This particular model is a personal favorite. If you have someone on your Christmas list who is looking for a low profile but very effective Fitbit, this may be the deal for you. Featuring all the above qualities, the Alta is made in a much thinner profile, and while not waterproof has an incredibly wide temperature and elevation range for functionality. Battery life can run around a week without a recharge in most cases, and the recharge time is significantly less than most smartphones on the same power supply, so even if you run out it won’t be for long. Bands are easy to swap out on this model and it can be great for those who have to hit the gym then the office or vice versa.

An alternative to Fitbit, the Letsfit Activity Tracker is a good budget option for those who don’t want to spend a lot on a fitness tracker but still want some of the benefits. This model in particular has many of the same qualities of the Charge 2 and can even be programmed to show temperature and weather forecasts for the day. That being said it’s a bit clunky in regards to size at nearly an inch screen size, and some reviews state that it can scratch easily, so a small screen protector may not be out of the question. Overall, if you’re buying for a relative or friend but need to stay frugal while still being functional, this may be the device to reach for.

Now don’t worry, Costco doesn’t sell Fitbits by the pallet- yet. For now though, members can get at least one excellent deal for Black Friday 2017.

Beating out the Amazon deal, Costco is currently offering members the Fitbit Charge 2 HR model with an additional band for under $100, making it the best place to go this Black Friday for this specific Fitbit Model.

A bit of a surprise to many, Staples, more often known for office supplies can also be a great place to buy good tech at an even better price. Let’s see what Fitbit deals they have for Black Friday. 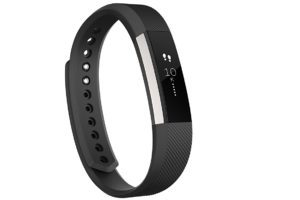 If you loved the sound of the Alta HR mentioned above but could trade off some functionality, namely the HR functions for $50 of savings, this may be the Black Friday deal for you. Also worth mentioning is that the battery life of the original Alta is fantastic and it’s largely waterproof (Read as: you can wear it in the shower, but don’t go diving with it on).

One of the biggest chains of electronic stores in the United States, Best Buy was bound to be found on the list of Black Friday Fitbit Deals.

Best Buy really lives up to its name in this deal. With a significant savings over the Amazon cost of the Alta HR, dropping by your local Best Buy may be a good idea if you want a low profile but powerful fitness tracker during Black Friday.

If you’re from the Pacific Northwest, you probably just left Freddy’s with the Thanksgiving Turkey, and going back into the fray may not be what you really want to do. But, with plenty of other Black Friday deals, Fred Meyer’s may draw you back in, including one good Fitbit Deal.

While not as good as the Best Buy deal, if your time is worth around 4 cents, and you need to get other shopping done anyway, this may be an ideal place to go. As a bonus, some stores may start doing Black Friday deals early. Turkey? Check. Stuffing? Check. Fitbit Alta HR to really make someone’s Christmas? Check.

As you can see, Amazon by sheer volume can absolutely make your Black Friday shopping much easier. That being said, if you’re looking for an Alta HR, Best Buy wins out, if just the original Alta will do, then Staples is an awesome choice, and if you want a Charge 2, be sure to drop by Costco to make sure to get the best deal.

Have you seen an ad for a cheaper Fitbit or a model we didn’t cover? Please feel free to add it to the comments section below to let other shoppers know about your excellent find!