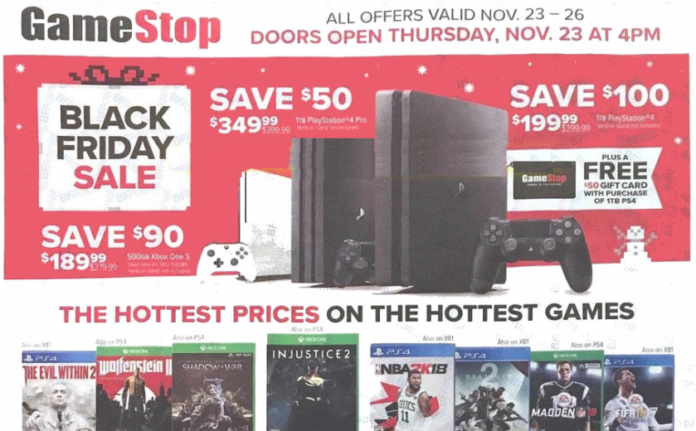 
Black Friday is always a big deal for GameStop, and they are known to reduce their already low prices even further during Black Friday sales. Recently, GameStop’s 2017 Black Friday ad scan was leaked to the public, which gives us all the chance to preview their deals this year far before the sale actually begins. In this article, I will be focusing on a few deals that I think are especially good. However, I won’t be able to get to all of them, so if you want to view a complete list of GameStop’s Black Friday offers, then scroll to the bottom of this article and download the full flyer.

When does GameStop open for Black Friday?

Like many other retailers, GameStop plans on beginning their Black Friday sale on Thanksgiving. Their doors will be opening on Thursday, November 23rd at 4 pm.

GameStop’s Black Friday sale is going to be going on between November 23rd and November 26th, which means it will stretch from Thursday to Sunday. As I mentioned, their doors will open at 4 pm on Thursday. From there, the stores will be opening and closing at standard operating hours. Consult with your local stores to determine these exact times.

Typically, GameStop offers their Black Friday deals both online and in-store. This leaked ad scan doesn’t indicate any start date or time for an online sale, but they tease several things that will be discounted on their web site in this ad. Keep your eyes peeled in the coming days for a precise start time. However, I think that midnight on Thanksgiving is a safe bet.

GameStop’s return policy is a little different during the holiday season. Any product that you purchase between October 1st and December 24th can be returned with a receipt by January 15th, 2018. The item must be in resale condition, and if it is a new product, it must be unopened. This lenient policy should allow you to purchase gifts without hesitation!

If you would like to view GameStop’s full 12-page Black Friday 2017 ad scan, then all you have to do is click the image of the flyer and you should be able to instantly download or view the complete scan. 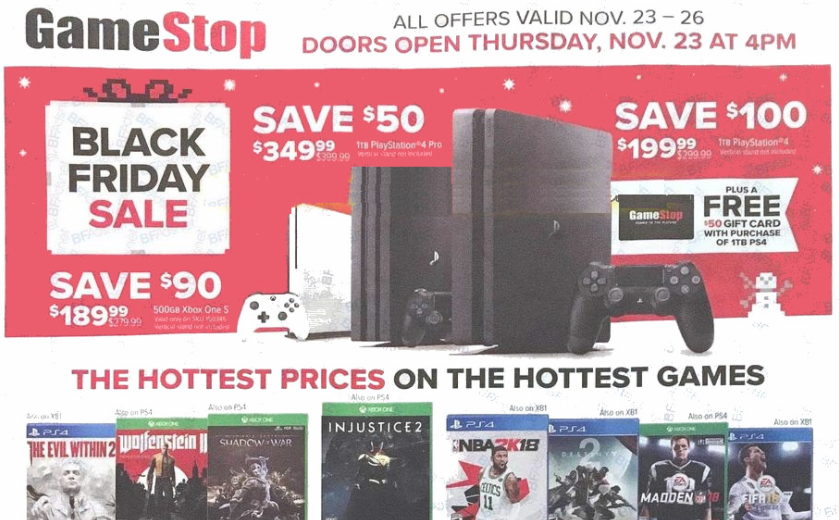