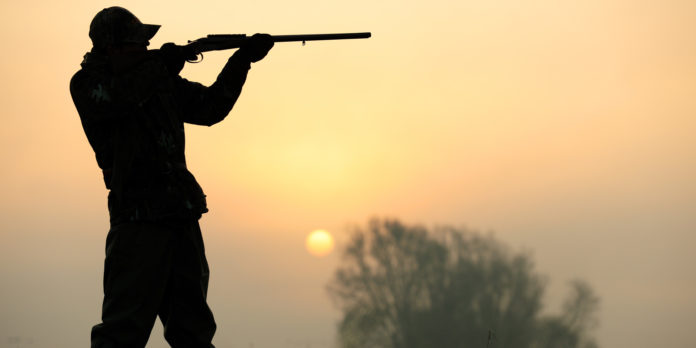 For many hunters, the Thanksgiving and Christmas Season isn’t just about the Turkey and stuffing- at least not just about the Turkey already on the table. Fall and winter are great for seasonal hunters, offering a great deal of game. And for those shopping for hunters or just general gun enthusiasts, we’ve got some excellent Black Friday deals on rifles, pistols and accessories to ensure this Christmas will be a blast, quite literally.
Check out some of the best deals at Amazon Below

Starting off our list of great Black Friday Firearms deals is one that’s already available – A Ruger Precision Rifle in 6.5 Creedmoor down from $1,215 to $1,100. Now, this rifle fulfills two niches that rarely work well together, which are long range target shooting and hunting, so you can have plenty of practice at the range hitting targets 700 yards away, and never worry about missing that deer 125 yards away and getting freezer full of “return on investment”. The Ruger Precision Rifle does both beautifully, though some may find the nearly 11 pound rifle a bit heavy (though this makes recoil a non-issue). With a threaded barrel, an picatinny rail for mounting whatever scope you wish, and 2 ten round magazines coming standard with this rifle, it’s a gun that almost anyone can find something to fall in love with.

Perhaps only surpassed in customizability by the AR-15, the Ruger 10/22 is a great rifle choice for those who are just starting on their shooting adventures. This model in particular is currently at a fantastic price of $340, as opposed to the normal cost of around $372, and also includes a free carrying backpack. The “Takedown” part of this rifle isn’t necessarily indicative of a good hunting rifle unless you’re looking to score some squirrel meat; instead it’s because the rifle itself can be easily split in half to fit in the included backpack for easy storage and transport. The rifle is chambered in .22 Long Rifle, and includes a ten round magazine.

It could be argued that anyone into hunting or home security should own a shotgun. Versatile, inexpensive, and with an abundance of ammunition, Mossbergs are one of the kings of the firearms game due to all the above factors and interchangeability. Such is the case for the 500 Field/Security combination, which is a 12 gauge 6+1 pump action which can swap out barrels, one for decent field hunting, and another one which is better for close quarters defense. At a price of $337 instead of $372, this is a great price if you consider you’re basically getting two rifles for the price of one. Just be sure to switch ammo loads: Hunting ammo may easily over penetrate in a home environment, and a home defense round may not be great (or humane) against that Turkey you’re trying to plate later.

Of course, for any gun to work, you need ammo. And aside from self loading, your only real option is buying from a retailer, which can mean plenty of price fluctuation. Midway is one of the best retailers for ammo of all sorts, so let’s take a look at some of the best ammo deals for Black Friday and the holiday season.

9mm is one of the most popular handgun calibers of all time, whether at the range or at home. To be proficient with any weapon, practice is needed, and so is cheap ammo. With Magtech though, cheap doesn’t mean poor performance. Coming in at around 18 cents a round, this 500 pack of 9mm is a great price at $90, which is nearly half price from its normal cost.

Yes, you read that right. 5,000 rounds of .22lr can keep you well equipped for learning to master the above mentioned 10/22, and in this case, is just a bit more expensive than the rifle itself. At $350, you can have a savings of 45%, and more ammo than most take to the range in a lifetime. These rounds are excellent for precision shots on the range – think hitting matchsticks at 70 yards away, and are dependable in performance. One quick word of warning though. These rounds are stored in a bit of wax which may rub off on your fingers, so carrying a small rag or towel to the range wouldn’t be a bad idea. Make sure to check your local laws regarding purchasing large quantities of ammo so that you stay in compliance.

Buckshot is one of the strongest and most reliable rounds for a shotgun, the 00 Buckshot can get the job done; Sometimes too well. This can also get new shotgun users used to some of the notorious recoil by way of “baptism by fire”, and at the price of $80 for 250 rounds (around 50% off), there’s no better way.

If you (or who you’re buying for) are looking for a new gun project, building an AR-15 platform rifle may be just the ticket, and with Black Friday around the corner, now is a great time to pick up both complete rifles and rifle parts.

With Mil-Spec lower components, including a buffer tube, stock, and trigger guard, this is essentially all you need to finish up your stripped lower of choice. This is a great deal at around $100 instead of the usual $180.

Are you planning on building a high power AR pistol as opposed to a rifle? If that’s the case, then this deal may be for you. At an incredible price of $260 as opposed to the $440 usual price, this is a great time to look into a blackout pistol. With a nitride finish and 1:7 twist rate, which should be more than sufficient for pistol engagement range. Do keep in mind that since this is a short barrel, that laws may apply in some states regarding purchase, and if you plan to put this onto a rifle set up, stamping will be required to make this a legal firearm. This could be great for short range hunting (like for feral hogs) and with the threaded muzzle, may be great for a suppressor if you want a quiet, two stamp hunting rifle.


This has been a quick wrap up of some of the best deals for pistols, rifles, shotguns, ammo and accessories for guns for this Black Friday and Holiday Season. It seems that for full rifles and guns of all types, ImpactGuns offers a good sales variety, while Midway has a lock on good ammunition prices, and PSA are offering excellent prices on AR components. As always, please be sure to check with your local regulations to ensure that your holiday season goes smoothly, and that Christmas Dinner doesn’t come with some unexpected guests- namely, the ATF.