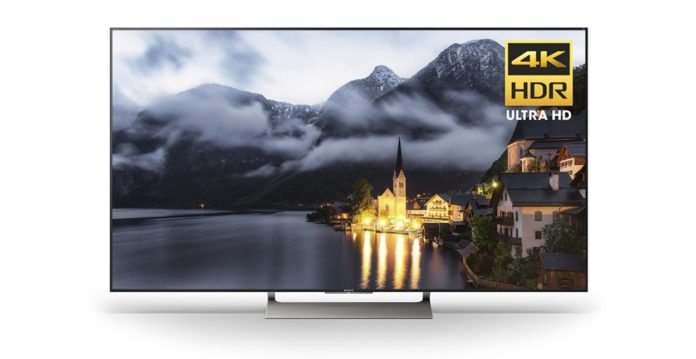 Year over year, one of the best times to buy a TV is Black Friday. 2017 appears to be no different, with plenty of offerings of incredibly high resolution Televisions at steep discounts. Let’s take a look at where you can save the most money on one of the best home improvements or gifts you can buy.
Check out some of the best deals at Amazon Below

We’ve all been there. We see a great deal in a store, buy it on a whim and cart it out to the parking lot to the horrible realization: You drive a small sedan, and the screen alone takes up all the interior space of your car. Luckily for us all, Amazon has our back with free delivery in most cases, and all the room needed to ship anything from a 30 inch to an 80 inch television. Let’s see what they have up for this year. 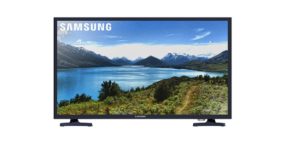 The number 1 release in the LED and LCD Categories, this Samsung model is a great deal at $158, down from $180. Keep in mind that LED’s are a subform of LCD TV’s which offer a wider screen and lower power consumption. A great model for dorm rooms, bedrooms, and basically any room, this model comes in at 32 inches in screen size and features 720p definition, a very slim design, and a refresh rate of 60 frames per second. The imaging technology allows for even older media to play with refreshed color and there are two available HDMI ports for connecting to a console or PC for streaming. Do keep in mind this is not a smart TV, but with some cheaper add ons, it basically sets itself as a good starter set. If you’re a fan of wall mounted TVs, Amazon also offers expert installation for $144 in case you don’t want to do it yourself.

Another LED/LCD offering, the TCL is a still inexpensive model while offering plenty of premium features. Coming in at $300, a savings of $80 over normal prices, this TV measures in at 43 inches and can easily replace anything in the living room (for $70 more, you can get the 55 inch model if you so choose, a savings of $230, though this may take 2-3 months to ship). Coming in at 2.9 inches in width, this is a very thin TV and has smart functions which allows for the streaming of 4,000 channels and nearly half a million movies and TV episodes. This TV can really shine where footage is in 4K (think of buying Planet Earth II to show this off) Ultra HD and has a High Dynamic Range feature which allows for the most accurate color representation yet. The refresh rate is 120 Hz allowing for minimal blue, and includes the following technical components: 3 HDMI 2.0 Ports, 1 USB, Headphone Jack, Optical Audio Out, and Ethernet port.

Have you ever wanted to just replace a wall with a TV? If so, this sale may be the time to do it. Samsung has an absolutely massive 75 inch 4k TV which can be used for movies, or if you just want a new vista in the bedroom. Currently, the TV is on sale for $2,298 as opposed to the normal $3,800, making for massive savings even if you want to include expert wall mounting (which is recommended at $144). Amazingly, this massive TV is only 2.3 inches deep. It includes built in Wi-Fi, has a refresh rate of 240 Hertz, and has a total of 4 HDMI ports. Do be aware that this set works best in dimly lit areas as reflection is a common complaint, and the OS that the TV ships with may take some getting used to (yes you read that right, this Samsung television has an operating system).

This smaller model is great if you need a kid’s TV or are not one for watching a lot of shows. Featuring a decent 720p display, a wide viewing angle and the now standard LED Backlighting, as well as 2 HDMI and 1 USB connection ports, this is a good deal at $68, which is a huge drop in price from $167.

Another great Fry’s deal, this 43 inch television comes in at $169 with $80 promo code, a steep savings from the normal $300 price. This television has the following features: 4K Resolution, an advanced hyper color controller, Up-Scale processing, has a response time of 6.5ms, and 4 HDMI as well as 1 USB port. This means that it could be a great PC monitor as well if you are so inclined.

If you want a fantastic deal on a Smart TV from a well known brand, Samsung has your back. With a 4k resolution, quad core processor, built in Wi-Fi and the ability to stream both Netflix and Youtube without any problems, this Television also features 3 HDMI and 2 USB ports. The current price for this one is $288 with a $40 promo code and the sale price down from $500.

Though not the most well known brand, Silo is currently offering a 65 inch 4k with 4 HDMI and 1 USB port available. Currently, the television is $399 down from $579.


These are some of the best deals for LCD TV’s for Black Friday 2017. Overall, if you want low features but even lower price, Fry’s is the place to go, otherwise if you want big, big features, and easy delivery, be sure to check out Amazon for what you’d like most.