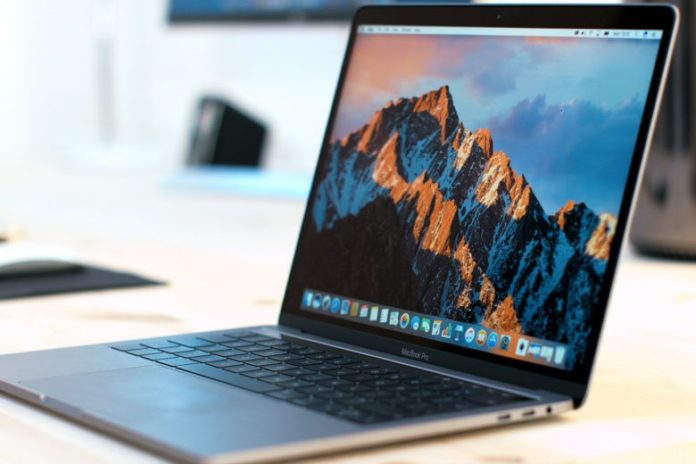 The Apple Macbook is one of Apple’s most iconic products, second only to the iPhone. If you’ve had your eye on a Macbook but have found yourself hesitating due to its high base price, Black Friday 2017 Macbook discounts are here to save you!

In June 2017, Apple added 3 updated MacBook models to their lineup. The standard MacBook, MacBook Air, and MacBook Pro were all updated with new hardware and features. Each model can be configured to the user’s needs. New 2017 features include three new colors for the standard Macbook, the MacBook Pro’s touch bar, and improved battery life and a clearer screen for all MacBook models.

The standard MacBook is a great all-around machine for the average person. The ultra light and compact MacBook Air is an incredibly powerful and portable machine ideal for someone on the go. For creative professionals and those who need a little extra horsepower, the MacBook Pro can perform demanding tasks with ease. You can buy any one of these MacBook Air Models for a killer deal at one of many MacBook Sales this Black Friday 2017!

Macbooks rarely go on sale, and only a few stores offer discounts when they do. Most of the good Black Friday Macbook deals will be available at Adorama and Best Buy, although many stores are offering older models for great prices as well. Newer models of Macbooks are not as heavily discounted as they have been in past years due to extreme demand, but you can still save yourself several hundred dollars in most cases.
This list will mostly cover the Mid 2017 versions of Apple Macbooks. Since the Mid 2017 iteration of the Macbook pro is the newest, it is the most updated and in demand. Black Friday Macbook deals will almost certainly be available for older systems.
Check out some of the best deals at Amazon Below

Almost all models of Macbook will be available for a substantial discount at Adorama. There will be Adorama Black Friday deals on every Macbook model. If you live in a state without sales tax, you can save even more

Adorama Macbook Air Sales
Save $200 on the Mid 2017 Macbook Air with the code APINSIDER. Computers between $500 and $999 will be eligible for no interest if they are paid off within 6 months of purchase with the Adorama Credit Card. Computer over $100 will also be eligible for no interest as long as you pay them off within 12 months with the Adorama Credit Card.

Pick up any Macbook new or old for as much as $200 off, starting on November 24th at Best Buy. Newer models of Macbook rarely go on sale, so this is a great deal on a laptop that could easily last you years. Click here to view the full range of Black Friday Macbook deals at Best Buy. 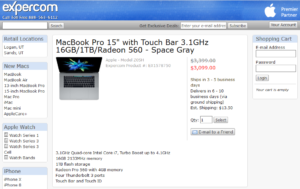