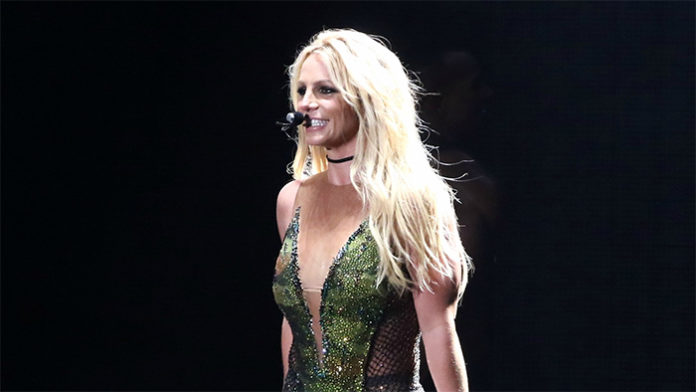 The Princess of Pop, Britney Spears is one of the best-selling artists in the world, having sold over 100 million records across the globe. Breaking into the music scene in her teens, she released her debut album, …Baby One More Time in 1999 to universal acclaim. Nothing short of a massive hit, it spawned many of her classics including, …Baby One More Time, Sometimes, (You Drive Me) Crazy, and Born to Make You Happy. Responsible for launching her into superstardom, the album itself went on to earn the singer two Grammy Award nominations in 2000.

Riding her initial momentum, she released her second album, Oops!…I Did It Again in 2000. A chart topper, it reached number one in multiple countries overseas including Austria, Canada, Finland, France, Germany, Portugal, and of course, the United States. Supported by a worldwide tour, which brought her as far as South America, the album produced three smash hits, Oops! I Did It Again, Lucky, and Stronger, all of which charted in the United States. One of her strongest works to date, over 20 million copies have been sold across the world. With more than 10 million domestic sales, the album also became her second diamond-certified record in the US.

Since then, the blonde has released several additional albums including, Britney, In the Zone, Blackout, Circus, and Femme Fatale. While successful in their own capacities, however, none of them managed to rival the performance of her earlier works. Most recently, Britney came out with her ninth album, Glory on August 26, 2016. Among the songs included in the track list were, Make Me…(Feat. G-Eazy), Man on the Moon, Do You Wanna Come Over?, Slumber Party, and Love Me Down. Around that same time, she also contributed to the charity single, Hands, which went to benefit those affected at the 2016 Orlando Nightclub Shooting.

Aside from her music career, Britney is also a frequent guest on television. For instance, she served as one of the judges in the second season of The X Factor, a stint that reportedly earned her a salary of $15 million. On top of that, she has also appeared on a variety of talk shows over the years including, The Tonight Show with Jay Leno, The Tonight Show with Jimmy Fallon, Good Morning America, Jimmy Kimmel Live!, and The Ellen Degeneres Show, amongst others. More recently this year, she also appeared in the TV documentary, All or Nothing: A Season with the Los Angeles Rams, which revolved around the NFL team.

Britney Spears rose to fame in the late 90’s and early 2000’s with the release of her albums, …Baby One More Time, and Oops! I Did it Again, both of which became international hits.

She is currently 35 years old

Britney Spears was born in McComb, Mississippi, though she spent the majority of her youth in Kentwood, Louisiana.

She is of English and Maltese (1/16th) descent

Is Britney Spears in a Relationship?

Britney Spears has been in a relationship with Sam Asghar since November 2016. According to reports, the two had bonded after meeting on the set of her Slumber Party video shoot.

Previously, the singer was engaged to Jason Trawick. Prior to that, she was married to Kevin Federline and Jason Alexander.

In the past, she has also been romantically involved with David Lucado, Charlie Ebersol, Adnan Ghalib, and Howie Day.

As a student, she went to a private Christian school- Parklane Academy in McComb, Mississippi.

Did Britney Spears Go to College

No, Britney Spears has not gone to college. Having said that, she did hone her singing at the Professional Performing Arts School.

At this time, we do not have any details on Britney Spears’s salary.

She enjoys shopping, listening to music, collecting dolls and dancing in her spare time

Her favorite foods include chocolate and pizza

All books by Max Lucad

Born on December 2nd, she is a Sagittarius