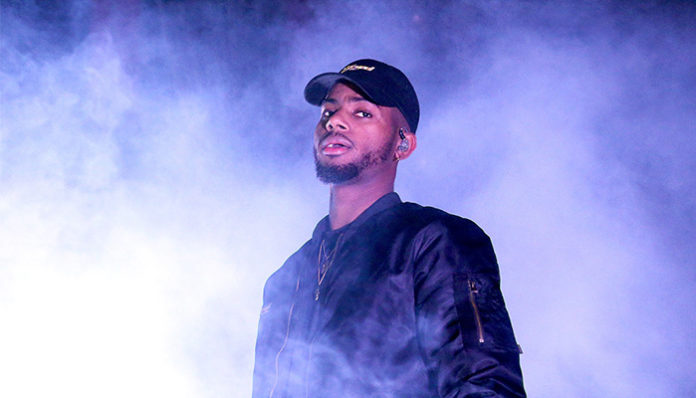 Hailing from Louisville, Kentucky, Bryson Tiller launched his music career a few years back in 2011. Having rapped ever since he was fifteen, he rose to prominence with the release of his debut single, Don’t in 2015. Taken from his forthcoming album at the time, its production was handled by DopeBoi, Dr Vades, and Epikh. His first Top 20 hit, the track peaked at number 13 on the Billboard Hot 100 and number 4 on the Hot R&B Songs chart. From its release until now, its music video has already been played over 200 million times. As if that wasn’t impressive enough, the single has since also received double platinum accreditation from the RIAA.

That fall, he came out with his debut album titled, Trapsoul. Tiler’s first full-length project, a number of record producers were enlisted for the project including Ayo, Rob Holladay, Foreign Tec, and Timbaland. A solid release, the tracklist boasted the titles, For However Long, Ten Nine Fourteen, Right My Wrongs, Been That Way, 502 Come Up, and The Sequence. In the US, the record reached number 8 on the Billboard 200 and number 2 on the Hip-Hop Albums chart. That year, Trapsoul garnered three accolades- a Billboard Music Award nomination, an American Music Award nomination, and a Soul Train Music Award nomination. In support of the album, the rapper also went on a concert tour which began in January 2016.

More recently, Tiller released his third album, True to Self on May 26, 2017. Featuring contributions from Frank Dukes, Teddy Walton, T-Minus, and Soundz, among others, it came laced with 19 tracks including, Teach Me a Lesson, Before Your Judge, Self-Made and Stay Blessed. Well received, the album eventually gave rise to two charting singles, Run Me Dry, and Somethin’ Tells Me. A step up from his debut effort, it reached the top of both the Hip-Hop Albums and Billboard Top 200 charts in the United States. Like before, he also chose to promote the album with a concert tour.

What else has Bryson Tiller been up to this year? In addition to the album, he was featured in DJ Khaled’s multi-platinum hit, Wild Thoughts alongside Rihanna, this summer. His most popular collaboration to date, it peaked at number 2 on the Billboard Hot 100. Speaking of collabs, he also made a guest appearance in WunTayk Timmy’s track, Cake earlier this year. As far as other ventures go, he has been on the road for his Set it Off Tour (as mentioned above), which kicked off in August 2017- in fact, the tour is still ongoing as we speak! For more information on the venues and dates, be sure to visit his official website at trapsoul.com.

Bryson Tiller rose to fame with the release of his breakout single, Don’t, in 2015, which reached number 13 on the Billboard Hot 100

Bryson Tiller was born in Louisville, Kentucky, where he was raised by his grandmother (his mother had died when he was four years old)

Is Bryston Tiller in a Relationship?

Bryson Tiller has been dating American singer Cheyanne Sparks for two years. According to reports, the couple had met through mutual friends.

Aside from what we know about his current relationship, not much is known about his previous girlfriends.

Unknown (She died when he was just four years old)

As far as we know, he does not have any sisters

He has four brothers, including one named Eric

During his student days, Bryson Tiller went to Iroquois High School in his hometown of Louisville, Kentucky. Ultimately, it was there that he first decided to take up rapping.

Did Bryson Tiller Go to College

No, Bryson Tiller has not gone to college. For the past few years, he has been focusing on his burgeoning career in rap.

At this time, we do not have any details on Bryson Tiller’s salary.

As of 2017, Bryson Tiller has an estimated net worth of $3 million.

In his spare time, he enjoys hanging out and spending time with his family- especially his young daughter Harley

His favorite rappers include Kanye West, T-Pain, and Drake

He’s not into sports much

Born on January 2nd, he is a Capricorn