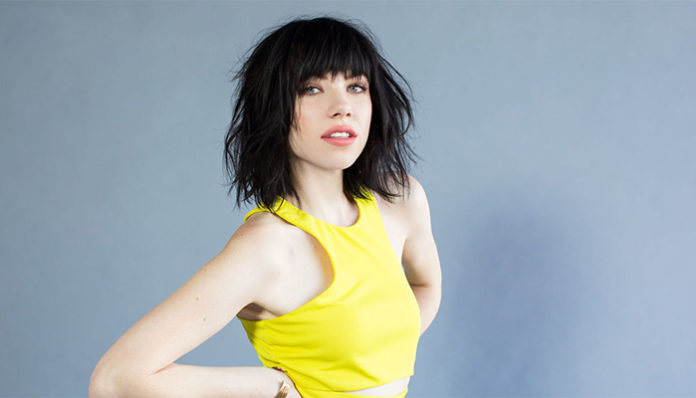 From Western Canada, Carly Rae Jepsen has been involved with music nearly her entire life. Though she made her debut in 2008 with the album, Tug of War, it wasn’t until her second effort, Kiss that she garnered nationwide attention. Her breakthrough record is comprised of several tracks including Call Me Maybe, This Kiss, Tonight I’m Getting Over You, and Good Time, the first of which quickly became her signature song. An overall success, it not only charted in the US, but also in Taiwan, Australia, Canada, Ireland, Japan, and New Zealand, among others.

From there, her third studio album, Emotion came out in June 2015. Inspired by music from the 80’s era, it was largely met with critical acclaim upon its release. Preceded by the single, I Really Like You, the project also gave rise to the tracks, Run Away with Me, Your Type, All That, Making the Most of the Night, LA Hallucinations, and When I Needed You. Performance-wise, the album entered the Billboard Top 200 at number 16 with 36,000 copies sold by the end of the year. In support of the release, Jepsen also embarked on the Gimmie Love Tour.

In addition to her three studio albums, she’s dropped three extended plays- Dear You, Curiosity, and Emotion: Side B, two of which went on to chart in the US. In 2016, the singer also contributed the song, All I Need is an Angel for the official soundtrack for Grease: Live!. Aside from her musical releases, she’s also headlined multiple tours (as briefly mentioned above)- for instance, she went on The Summer Kiss Tour in 2013 and The Gimmie Love Tour from 2015 to 2016. In addition to the ones she’s headlined, she has also opened for many artists including Justin Bieber, Hanson, and Hedley. Just recently, it announced that she’ll also be opening for Katy Perry’s 2018 The Witness: Tour

What has the singer-songwriter been up to recently? Though she hasn’t come out with any albums this year, she did release two singles- It Takes Two, and Cut to the Feeling, the former of which was a joint venture with Lil Yachty and Mike Will Made It. Adding to that, she has also guest appeared on the tracks, Runaways, and Hate That You Know Me. On television, Jepsen has recently also been featured on the talk shows, Today, and Entertainment Tonight.

None that we know of; she mostly goes by her real name.

She first came to the public’s attention after placing third in season five of Canadian Idol (2007). Though her time on the show spawned an album, Tug of War, it wasn’t until the release of her 2012 album, Kiss (and the subsequent single, Call Me Maybe) that she rose to fame.

She is currently 31 years old.

Carly Rae Jepsen was born in Mission, British Columbia, where she grew up. Following her high school graduation, she moved to Victoria, BC to pursue her studies.

Carly Rae Jepsen is of English, Scottish, and Danish descent.

Is Carly Rae Jepsen in a Relationship?

Yes, Carly Rae Jepsen has been dating photographer David Larkins, the same individual who directed her Run Away With Me video, since March 2015.

Prior to her current relationship with David Larkins, she was romantically involved with Matthew Koma from 2012 to 2015. From 2011 to 2012, she also dated Jordi Ashworth.

The second oldest out of three children, she has a sister named Katie.

She has a brother named Colin.

As a teen, she went to Heritage Park Secondary School in Mission, BC, where she first pursued her passion for performing and theatre.

After completing high school, she applied to several music programs including those at the University of British Columbia and Capilano College. With encouragement from her high school teacher, she eventually auditioned for and gained admission into Victoria’s Canadian College of Performing Arts.

At this time, we do not have any details on Carly Rae Jepsen’s salary.

When she isn’t working, she enjoys shopping, reading books, and hiking.

Pancakes are her favorite food- she often eats it for breakfast. She also likes sushi

Tom Hanks- she has watched most of his films

The Diary of Anne Frank

She would love to visit Japan one day

Her favorite music artists include Dev Hynes, Sara and Tegan.

Hockey (she is a fan of the Vancouver Canucks)

Born on November 21st, she is a Scorpio.

As far as we can tell, Carly Rae Jepsen is not on Snapchat.