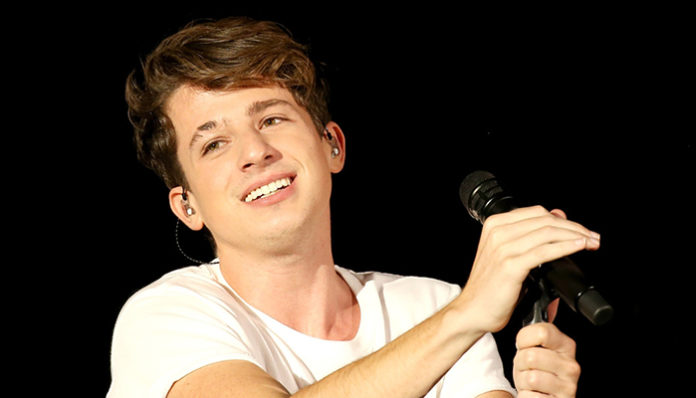 An emerging talent from New Jersey, Charlie Puth initially gained attention after his song videos went viral on Youtube. Blessed with perfect pitch, he has been playing the piano ever since he was four years old; by the time he was eleven, he had recorded and produced his own Christmas album. In 2009, the teen launched his Youtube Channel to which he began posting a number of acoustic covers. With a little bit of luck, he eventually won an online competition sponsored by Perez Hilton which landed him on the Ellen Degeneres Show. Signing to her music label, he later released his promotional single, Break Again in December 2012.

Featuring added vocals from Meghan Trainor, Marvin Gaye proved to be a huge success, having topped the charts in New Zealand, UK, Ireland, and France. In the United States, it also peaked at number 21 on the Billboard Hot 100, and at number 15 on the Mainstream Top 40. Responsible for his rise to fame, an accompanying music video was later uploaded to Youtube; as of 2017, it has been played over 533 million times. In support of the single, Puth performed the song with Trainor at the 2015 American Music Awards later that year. As of July 2016, Marvin Gaye has gone platinum twice in the United States.

Riding on his momentum, he released the extended play, Some Type of Love on May 1, 2015. In addition to the above single, its tracklist also included, I Won’t Tell a Soul, Some Type of Love, and Suffer. A solid addition to his growing catalog, the EP reached as high as number 37 on the Billboard 200 and at number 3 on the Top Heatseekers Albums chart. Later that year, Puth also came out with the single, One Call Away, which became another instant hit. Written in part by himself, it became his third top 40 single in the country, having reached number 12 on the Billboard Hot 100. Elsewhere, the song also enjoyed success in countries as far Italy, Finland, Austria, Denmark, and New Zealand.

His debut studio album, Nine Track Mind eventually came out on January 29, 2016. Supported by three singles, it boasted twelve tracks including, Left Right Left, As You Are, Dangerously, Then There’s You, and Up All Night. A few months into its release, Puth also dropped the single, We Don’t Talk Anymore (Feat. Selena Gomez) which reached number 9 on the Billboard Hot 100, making it his best-selling record to date. Though reviews were mixed, the album charted in numerous countries such as Ireland, Japan, Scotland, Canada, and France. In support of its release, he hit the road for a Nine Track Mind Tour in the spring of 2016.

Charlie Puth initially rose to fame after winning an online competition hosted by Perez Hilton in 2011. From there, his talent landed him a record deal, which has only led to more music releases.

Charles Puth was born in Rumson, New York. Growing up, he went to school in Monmouth County- more specifically, from the Borough of Rumson.

He is of German and Hungarian descent

Is Charlie Puth in a Relationship?

Though it’s not official, many fans have speculated that the singer is currently dating American actress, Danielle Campbell.

On a recent episode of The Ellen Degeneres Show, Puth had stated that he is currently in a relationship, though “[he’s] kind of done with dating people in the public.”

Considering what he said, it’s highly possible that the two are dating, but keeping their relationship under the wraps.

In the past, he was in a relationship with American actress, Bella Thorne in 2016.

He has a sister named Mikaela Puth

He has a brother named Stephen Puth

As a student, he went to Rumson-Fair Haven Regional High School in Rumson, from which he graduated in 2010. For most of his teen years, he had also attended the Manhattan School of Music Pre-College.

Did Charlie Puth Go to College

Following his high school graduation, Charlie Puth went to the Berkley College of Music, from which he graduated with a degree in engineering and music production in 2013.

At this time, we do not have any details on Charlie Puth’s salary.

He enjoys blogging and making new videos in his spare time

His favorite foods include pizza and sesame entree

Born on December 2nd, he is a Sagittarius