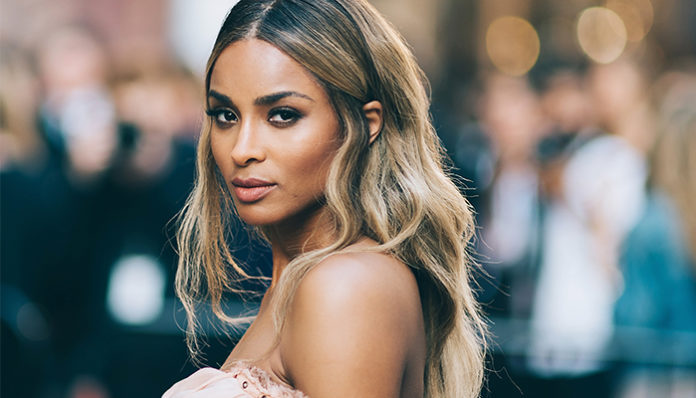 A multi-platinum selling artist, Ciara made her solo debut shortly after signing to LaFace Records in 2002. Bringing herself to the forefront of the music scene, she released her first album, Goodies in the fall of 2004. Her most successful record to date, it proved to be a massive success, with over 124,000 copies sold by the end of the first week. Primarily dance-oriented, the album spawned three big hits, Goodies (Feat. Petey Pablo), 1, 2 Step (Feat. Missy Elliott), and Oh (Feat. Ludacris). Her first multi-platinum record, over 3 million copies have already been sold across the United States.

Following up two years after her debut, she issued her second album, Ciara: The Evolution in December 2006. A showcase of her artistry, it produced a handful of RIAA certified tracks including Get Up (Feat. Chamillionaire), Promise, Like a Boy, and Can’t Leave ‘em Alone (feat. 50 Cent). Since then, Ciara has released four additional titles, Fantasy Ride, Basic Instinct, Ciara, and Jackie; though none replicated the success of her earlier albums, they all managed to reach the US record charts. In addition to that, she has put forth two compilation albums, Playlist: The Very Best of Ciara, and The Collection. As of 2017, the singer has sold more than 23 million records across the globe.

With other artists, Ciara has also done a number of collaborations throughout her career. For instance, she has worked with 50 Cent, T-Pain, Justin Timberlake, Young Jeezy, Nelly, Bow Wow, Enrique Iglesias, and Tiffany Evans. Some of her most popular collabs to date include Lose Control, Like You, Get Up, Promise, 1, 2 Step, Oh, and Takin’ Back My Love. Speaking of joint ventures, she has also headlined a tour with T.I. and Jay-Z in the past. In 2015, she also hit the road for her Jackie Tour in support of her sixth album, Jackie. Her first tour in six years, it ran for three months from May to July 2015.

Aside from her music career, Ciara has also appeared on screen a handful of times. Not long after her debut, she had appeared in the MTV film, All You’ve Got (2006) alongside Adrienne Bailon, Sarah Mason, and Jennifer Pena. From there she eventually starred in the musical feature, Mama, I Want to Sing! in 2012 which was based on the real-life story of Doris Troy. More recently, she also made a brief appearance in Double Dutchess: Seeing Double this September. On television, she has also graced the screens in America’s Next Top Model, The Game, I Can Do That, and Nicky, Ricky, Dicky, & Dawn.

In 2004, she dropped her first studio album, Goodies, a multi-platinum hit which ended up rocketing her towards celebrity status.

She is currently 31 years old.

Ciara was born in Austin, Texas. An army brat, she moved around frequently during her childhood- some of the places that she’s lived in include New York, Nevada, Germany, Arizona, Utah, and California. It wasn’t until her teens that she settled in Atlanta, Georgia.

She is of Irish, German, and Creole descent.

Is Ciara in a Relationship?

Ciara has been married to Seattle Seahawks Quarterback Russell Wilson since July 2016. Prior to tying the knot, they had dated for a little over a year.

Prior to her current relationship, she was engaged to American rapper Future form 2013 to 2014.

Previous to that, she had also been romantically involved with Amare Stoudemire, Cam Newton, 50 Cent, Trey Songz, and Shad Moss.

Ciara has two children- a daughter named Sienna Princess Wilson with her husband Russell, and a son named Future Zahir Wilburn with her former fiancee, Future.

As a teen, she went to Riverdale High School in Riverdale, Georgia.

Did Ciara Go to College

No, as far as we can tell, Ciara has not gone to college- she has been focused on her music career since her high school graduation.

At this time, we do not have any details on Ciara’s salary.

In her spare time, she enjoys writing, watching movies, and exercising

Michael Jackson, but she also enjoys the works of a lot of “old school music artists”