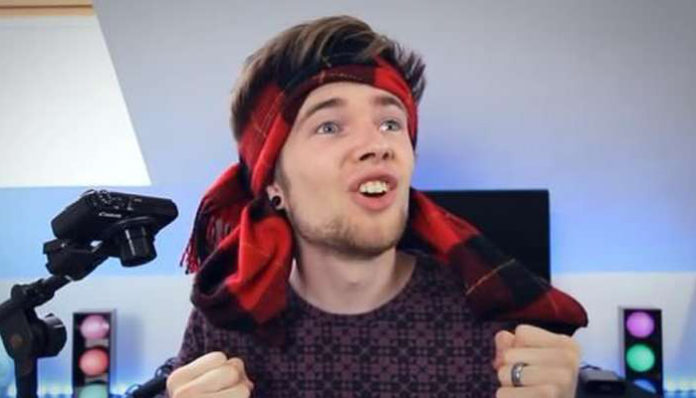 Hailing from England, Daniel Middleton is best known for his gameplay videos on Youtube. One of the most popular users from the UK, he currently has over 16.7 million subscribers (and growing) on the site, as of November 2017. To learn more about the Youtube star, read on below.

Daniel Middleton is best known for his Minecraft gameplay videos on Youtube. As of November 2017, he has amassed over 16.7 million subscribers on the site, making him one of the most popular users from the UK.

Daniel Middleton was born in Aldershot, England. Growing up, he lived in Wellingborough, Northamptonshire, where he continues to reside to this day.

He is of British descent

At this time, Daniel Middleton’s body measurements are unavailable

Is Daniel Middleton in a Relationship?

Daniel Middleton has been married to Jemma since March 2013. Both avid gamers, the two allegedly spend a lot of time playing games together- he frequently also “bounces ideas off of her” as well.

At this time, we do not have any information available on Daniel Middleton’s prior relationships.

Unknown (his parents divorced when he was young)

He does not have any sisters that we know of

The older of two siblings, he has a younger brother (it was him who had introduced Daniel to Minecraft in the first place)

As far as we know, Daniel Middleton does not have any children.

It’s unclear where exactly the Youtube star had gone to high school. Having said that, it’s known that he had met his wife Jemma, while they were both students.

Did Daniel Middleton Go to College

After graduating from high school, he went to the University of Northampton in Northamptonshire, England. Ultimately, it was then that he first got involved with posting videos on Youtube.

According to Business Insider, Middleton made upwards of $2 million a year, as of 2014 (not too surprising considering his immense audience)

In his free time, he enjoys playing video games and making new videos

One of his favorite music artists is the band, The Horizon- in fact, he recently got a tattoo that consists of a flower design that was used as the cover of one of their studio albums

Born on November 8th, he is a Scorpio

Hailing from Aldershot, England, Daniel Middleton created his Youtube channel in his early twenties. Producing videos out of his home studio, he uploads new content to his account on a regular basis, a routine that has proved to be incredibly successful. While he initially posted gameplay videos of Minecraft (which is still focused upon on his channel), he has since branched out to play various other games such as Super Mario Odyssey, and Scribblenauts. In fact, the twenty-something has even started to upload vlogs to his channel, all of which are well received by his fans.

What has Daniel Middleton been up to recently (that is, aside from updating his Youtube channel with new videos)? Last fall, he created a graphic novel called, Trayaurus and the Enchanted Crystal, which featured a number of characters from his Youtube videos. Around that same time, he also started to voice a character in the Netflix cartoon, Skylanders Academy, a role that he went on to reprise once this year. In terms of public appearances, he participated in the Cheltenham Literature Festival last October. In support of his latest works, he had also gone on a tour across the United States and Australia a few months back.