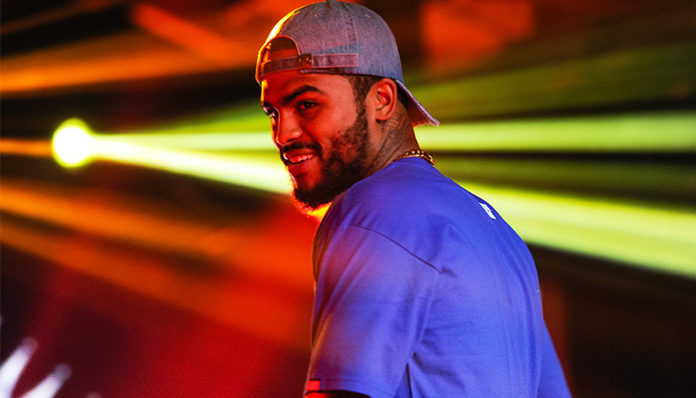 A rapper from New York  City, Dave East has been producing music since his early twenties. Growing up in Manhattan, he has been writing rhymes for as long as he can remember. Finally, in 2010, he made his official debut with the mixtape titled, Change of Plans which garnered him little recognition. Since then, he has released several additional tapes including Insomnia, American Greed, No Regrets, Don’t Sleep, Black Rose, and Gemini. Having said that, it wasn’t until the mid-2010’s that he started to create a buzz in the rap scene.

Making his breakthrough, the emcee came out with his next mixtape, Kairi Chanel in 2016. Named after his daughter, the project included several guest appearances from Fabulous, 2 Chains, The Game, Cam’ron, Seven Streeter, and Beanie Sigel. A significant improvement over his previous efforts, it peaked at number 38 on the Billboard Top 200 and at number 3 on the Top R&B Albums. Included in the track list were songs, The Real is Back, Don’t Shoot, Don Pablo, Bad Boy on Death Row, Eyes on Me, Can’t Ignore, and From the Heart. That same year, he also teamed up with Kur for a collaborative EP dubbed, Born Broke Die Rich.

Most recently, the rapper released his debut EP, Paranoia: A True Story on August 18, 2017. A prelude towards his forthcoming album, it spawned several hits including Phone Jumpin (Feat. Wiz Khalifa), Maneuver (Feat. French Montana), My Dirty Little Secret, Have You Ever, Wanna Be Me, and Found a Way. A solid release, the album reached as high as number 9 on the US Billboard Top 200 and number 5 on the Top R&B Albums chart. Supported by the single, Perfect (Feat. Chris Brown), it only boosted his presence further in the rap scene.

Speaking of collaborations, he’s worked with several other artists over the past few years. For instance, he has teamed up with Lumidee, Bitta Blood, Greatness Jones, Juelz Santana, Faro the Kid, Snoop Dogg, and Trae the Truth. Some of the said tracks include, I’m On 3.0, Realest Ones, Roll Up, Off the Porch, Be Good, A Pusher’s Dream, and Grind for That. On top of that, East has also guest appeared in the works of Meek Mill, BJ The Chicago Kid, Future, Has, Berner, and Seven Streeter, among others.

As far as recent ventures go, he made his acting debut in the fourth season of the BET drama series, Being Mary Jane, which premiered in January 2017. In addition to that, he also appeared in the shows, Celebrity Basketball Game, and Wild ’N Out.

A few years into his music career, Dave East rose to prominence with his 2016 mixtape, Kairi Chanel. Since then, his popularity has only grown further with the release of his debut EP, Paranoia: A True Story.

He is currently 29 years old.

Dave East was born in Manhattan, New York City. Growing up, he was raised between Queensbridge and Harlem though he later moved to Maryland in his teens, where he went to Springbrook High School.

He is of Dominican and Bajan descent.

Is Dave East in a Relationship?

According to sources, Dave East recently hooked up with singer Christina Millian- though this has not been confirmed.

In the past, Dave East was in a relationship with Millie Colon. Since their separation, they have had many feuds on social media.

With his ex-girlfriend, the rapper has a young daughter by the name of Kairi Chanel Brewster (whom he named his debut EP after). His relationship with her mother hasn’t been ideal, they’ve argued multiple times on social media since their separation.

As a student, he went to Springbrook High School inSilver Spring, Maryland.

Did Dave East Go to College

Following his high school graduation, Dave East went to the University of Richmond briefly before transferring to Towson University where he ultimately caught the attention of the NBA- though he opted to pursue a music career instead.

At this time, we do not have any details on Dave East’s salary.

In his spare time, he enjoys playing basketball- something that he’s been passionate about ever since he was a teen.

His favorite rappers include Nas, Jay Z, and Ma$e

Basketball- at one point, he was even scouted by the NBA