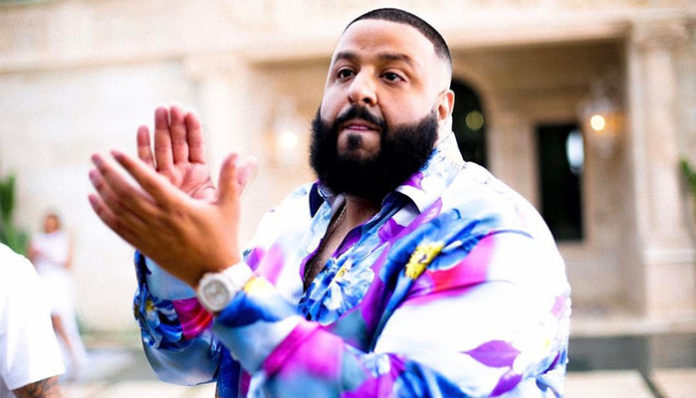 An award-winning rapper, DJ Khaled has released dozens of records throughout his rap career. Interested in music ever since he was a young boy, he issued his first album, Listennn…the Album in 2006, after many years of perfecting his sound. Relatively successful, the project gave rise to three singles, Born-N-Raised, Holla at Me, and Grammy family. Met with positive acclaim, it went on to peak at number 12 on the Billboard 200 and at number 3 on the R&B Albums chart. Following that, he released two new albums in 2007 and 2008-We the Best and We Global respectively.

Riding out his momentum, he continued to dish out new albums over the next few years including Victory, We the Best Forever, Kiss the Ring and Suffering from Success. Like his previous endeavors, they all reached a respectable position on the US music charts. Some standout tracks from the albums include, All I Do is Win, I’m on One, Take it to the Head, and No New Friends, all of which were collaborations with other artists. From there, DJ Khaled issued a new album titled, I Changed a Lot in October 2015, which spawned the hits, How Many Times, and Hold You Down.

Then in 2016, his popularity spiked with the release of his ninth album, Major Key. A considerable improvement over his previous efforts, it became his first record to reach number one in the United States. Featuring guest appearances from Nicki Minaj, Future, Jay-Z, Kendrick Lamar, and J. Cole, among many others, it came laced with 14 tracks including, Do You Mind, Don’t Ever Play Yourself, Pick These Hoes Apart, Work For it, and Forgive Me Father. Met with critical acclaim, the album has since gone gold in the US, with over 500,000 sales across the country. To date, it remains to be one of his most popular music releases.

Since then, his fame has only climbed further with his latest release, Grateful. Dropped on June 23, 2017, it spawned two multi-platinum singles, I’m the One (Feat. Justin Bieber, Chance the Rapper, Quavo, and Lil Wayne), and Wild Thoughts (Feat. Rihanna and Bryson Tiller). His second record to reach the top of the Billboard 200, the album also enjoyed success in countries such as Australia, New Zealand, Germany, Finland, France, and Denmark, to name a few. In support of the release, DJ Khaled has also been on the road for a concert tour this year, which will be continuing well into 2018. Interested in seeing him perform live? Be sure to grab your tickets while you still can!

As a solo artist, DJ Khaled broke into the rap scene with his debut album, Listennn…the Album, in 2006.

He is currently 41 years old

DJ Khaled was born in New Orleans, Louisiana. Growing up, however, he was raised in Orlando, Florida, where he went to a local high school.

Is DJ Khaled in a Relationship?

DJ Khaled is currently engaged to Nicole Tuck, a successful businesswoman; the two have been together for over a decade.

At this time, not much is known about his previous relationships.

Last fall, DJ Khaled, and his fiancée welcomed a son named Asahd into the family- he was born on October 23, 2016 (the rapper had taken it upon himself to document his birth on Snapchat).

Did DJ Khaled Go to College

No, as far as we can tell, the rapper has not gone to college. Ever since his teens, he has been working on building a music career for himself.

At this time, we do not have any details on DJ Khaled’s salary.

He is a serious sneaker collector- to date, he owns upwards of 1,000 pairs! His favorite model is the Air Jordan 3’s

Til Shiloh by Buju Banton

Favourite Song of All Time

Born on November 26, he is a Sagittarius