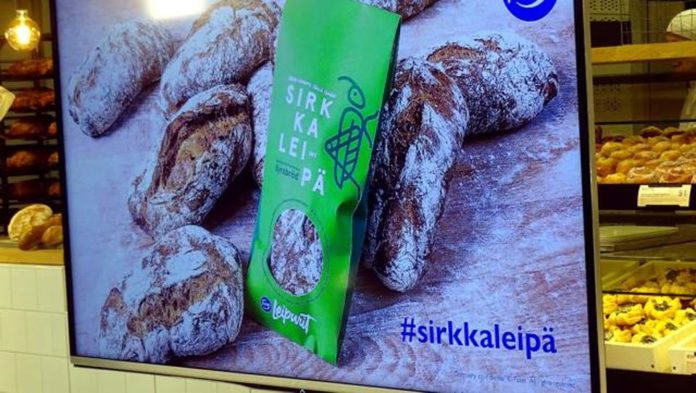 There are so many types of bread around the world but one bakery in Finland has launched a bread that many don’t have. We’re talking about an insect bread, which is said to be a world’s first in stores.

The bread contains a lot of the ingredients from other breads but it adds crickets. A loaf contains around 70 crickets. The new addition from the bakery costs more than regular bread. The insect bread costs a little over $4 while regular bread costs between $2 to $3 dollars.

Insect bread isn’t common around the world but many customers are already trying it to see if it’s any different. The company behind the bread is Fazer, one of the largest corporations in the country’s food industry. Juhani Sibakov, the head of innovations at Fazer, says it offer consumers with a good protein source. He adds that it also gives consumers an easy way to learn about insect-based food.

The bread was in the company’s plans for some time as Sibakov revealed that they had been working on it since last summer. Their new product had to wait for legislation to be passed before making its debut.

The bread won’t be available at all stores since there is a limited supply of crickets. The bread will be available in just 11 Fazer bakeries located inside supermarkets in Helsinki. The company plans to bring the bread to all of its locations next year.

Bread can be found in pretty much every country around the world but Finland is now said to be the first in the world to offer this type of bread in stores. Insects being used in other foods is quite common in some countries though. According to UN estimates, at least two billion people eat insects.

Back in September, the Ministry of Agriculture and Forestry announced that the cultivation and sale of insects was now allowed. Using insects in foods is relatively new in countries such as Finland but the country is said to be one of the most interested in this idea. A survey done last year by Turku University and the Natural Resources Institute found that half of the participants would buy foods with insects if they were sold in the country.

Finland is one of several European countries that have recently approved the cultivation and sale of insects for foods but it is now the first to have insect bread in stores.