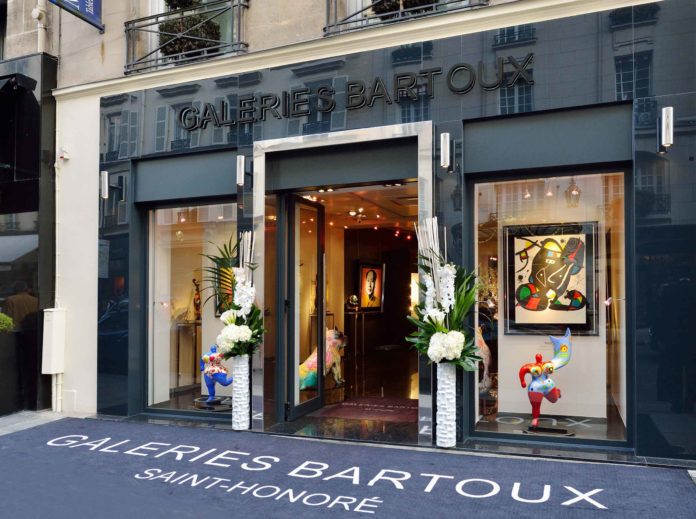 Authorities in France are currently searching for a thief who stole a statue worth nearly half a million dollars. The theft happened in a heavily guarded area that is located near the presidential palace and a few embassies.

After stealing the statue from the gallery, the thief then walked through the street without being stopped. The area is heavily guarded but no one noticed for a while that the statue had been stolen.

The street that the thief walked through with the statue is actually near the presidential palace and the Japanese and British embassies. The area remains heavily guarded after the terrorist attacks in the country in recent years.

The statue was stolen from the Bartoux gallery, where expensive pieces and sculptures are displayed. The statue of a mother and child weighs around 22 pounds and is made by Fernando Botero, a popular Colombian artist and sculptor.

The thief first touched the statue and then looked around before taking the statue and walking away from the gallery, according to CCTV footage. The thief left the gallery without being stopped and no alarms went off during the theft. The statue was sitting near the entrance and was taken from a plinth.The thief walked through the streets with the 22 pound bronze statue. The theft occurred at about 7 p.m.

Police said they found out that the statue had been stolen when gallery staff were closing on Saturday. The statue is worth nearly $500,000 and is one of eight made by the popular Colombian artist. All of the sculptures have different sizes and are worth a lot of money.

Botero, who is known for his paintings and sculptures of inflated humans and animals, has not commented on the theft. It is not the first time that a Botero sculpture is stolen. In 2007, burglars broke into a foundry in Italy and stole seven bronze statues worth five million dollars. In 2010, Spanish police recovered pieces by Botero, Picasso and Eduardo Chillida. The art was found in a stolen truck, according to police. The pieces had a total value of $6.5 million and had been stolen from a warehouse.