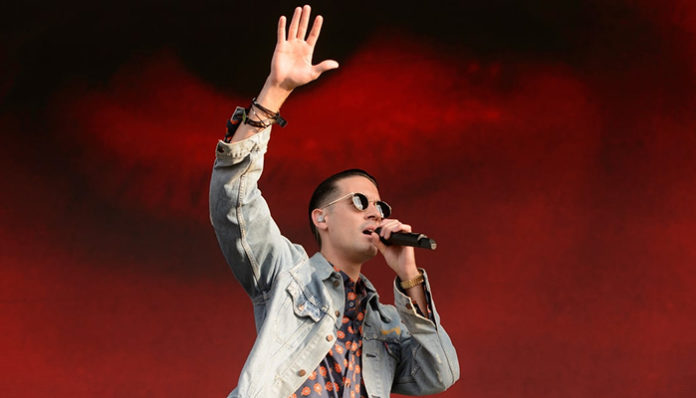 From Oakland, California, G Eazy worked as a record producer for many years prior to his rise to fame as a rapper. In 2009, he self-released his first album titled, The Epidemic LP. Continuing to ease his way into the rap scene, he dropped his second project, Must Be Nice in the fall of 2012. An improvement over its predecessor, it produced two singles, Lady Killers (Feat. Hoodie Allen) and Marilyn (Feat. Dominique LeJeune); a few other noteworthy mentions include, Must be Nice (Feat. Johanna Fay, Mad (Feat. Devon Baldwin), Plastic Dreams (Feat. Johanna Fay), and Breathe. In the United States, the album peaked as high as number 33 on the Top R&B and Hip-Hop Albums chart.

Then in 2014, G Eazy released his breakout record, These Things Happen. Not only did it serve as his major label debut, but it quickly became a breakout hit, peaking at number 3 on the Billboard Top 200. Produced in part by the artist himself, it included many guest appearances including E-40, Jay Ant, A$AP Ferg, John Michael Rochelle, Devon Baldwin, and Danny Seth. Among the singles that it spawned were I Mean It, and Lotta That, the first of which eventually went platinum in the US. A global success, the album also charted in Australia, and the UK. To promote the album, the rapper also embarked on a These Things Happen Tour which saw him performing in numerous cities across the country.

From then until now, he has dropped one additional album- When It’s Dark Out. Released in December 2015, its performance has since surpassed that of his 2014 album, making it the rapper’s best performing record to date. Met with positive reviews, it featured a number of collaborations including, Don’t Let Me Go (Feat. Grace), Some Kind of Drug (Feat. Marc E. Bassy), Everything Will Be OK (Feat. Kehlani), Nothing to Me (Feat. Keyshia Cole and E-40). In the US, the album peaked at number 5 on the Billboard 200 and at number 1 on the Top R&B Albums chart.

In addition to his albums, G Eazy- like most rappers, has also put out several mixtapes and extended plays over the past years. These include The Endless Summer, The Outsider, Quarantine, among others.

What has the emcee been up to in 2017? This March, he teamed up with DJ Carnage for an EP titled, Step Brothers. In addition to that, he also collaborated with Kehlani on the song, Good Life, which is used as part of the official soundtrack for The Fate of the Furious. Of course, he has also been working hard on his upcoming studio album, The Beautiful and Damned which is slated for a fall 2017 release. According to a recent interview, the project will be a double-disc album; in other words, it will come packed with new tracks.

He is currently 28 years old.

G Eazy was born in Oakland, California. After spending the early years of his childhood there, he went to Berkeley, California to stay with his grandparents.

Is G Eazy in a Relationship?

The rapper is currently dating American singer Ashley Frangipane- the two have been together since July 2017.

He has a brother named James Wolcott Gillum.

As a teen, G Eazy went to Berkeley High School.

Did G Eazy Go to College

Upon graduating high school, the rapper relocated to New Orleans where he enrolled at Loyola University. During his time there, he took multiple classes on business, marketing and production; he later graduated with a Bachelors of Art in Music Industry Studies in 2011.

At this time, we do not have any details on G Eazy’s salary.

In his spare time, he enjoys basketball, bike riding, and driving.

He enjoys the works of “stylish directors” such as Tim Burton, Baz Luhrmann and Quentin Tarantino.