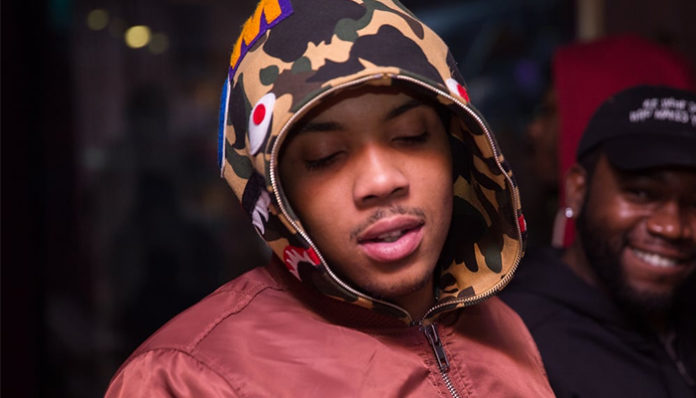 From Chicago, Illinois, G Herbo’s presence in the rap scene has only been growing over the past few years. Influenced by artists such as Lil Wayne, Gucci Mane, and Young Jeezy, he released his debut mixtape, Road to Fazoland in the summer of 2014. Dedicated to his late friend, Fasion Robison, the project boasted twelve tracks, some of which included guest appearances from Lil Bobby, Lil Durk, and King Louie. A few noteworthy mentions include Momma, I’m Sorry, Love 2 Stunt, Ain’t For None, Write Your Name, and Fight or Flight. Prior to the end of the year, he had issued a second mixtape titled, Pistol P Project.

Putting more hours into the studio, G Herbo later released Ballin Like I’m Kobe in 2015. Met with critical acclaim, many hailed it as being his most poignant work to date. Featuring guest appearances from J. Tsunami, Sonta, theMind, and Lil Bobby, the playlist included many tracks such as Peace of Mind, Watch Me Ball, Bricks & Mansion, Ain’t Right, and No Limit. From there, he came out with his fourth mixtape, Strictly 4 My Fans in 2016. Written almost entirely by the rapper, it gave rise to two singles, Strictly 4 My Fans (Intro), and Pull Up.

Since then, the emcee has released his debut album, Humble Beast. Made available on September 22, 2017, the record featured guest appearances from Lil Yachty, Lil Uzi Vert, Jeremiah, among a couple of others. Originally announced in 2015, it entered the Billboard Top 200 at number 21 with 20,000 first week sales. Among the tracklist were the songs, No Way Out, Red Snow, Black, Everything, Man Now, and I Like. Speaking of recent drops, G Herbo also dropped two extended plays this year, Welcome to Fazoland 1.5, and Strictly 4 My Fans – Road to Humble Beast.

What else has he been up to lately? Well for one thing, he made a guest appearance in the song, No Hook by Dave East and Don Q. In terms of other ventures, G Herbo has also been putting on a number of shows across the country- from the beginning of the year until now, he’s already given a dozen performances! On the topic of concerts, the rapper will also be going on tour next month in support of his debut album. From the looks of it, he will be hitting up 13 different venues in the US, from Boston to Broomsfield, with the last show being held on December 21st, 2017. If that tickles your fancy, be sure to purchase your tickets!

G Herbo rose to prominence with the release of his debut mixtape, Welcome to Fazoland in 2014. More recently this year, he came out with his long-awaited debut album, Humble Beast, which led to another peak in his popularity.

G Herbo was born in Chicago, Illinois. As a boy, he grew up in a neighborhood known as Terror Town- an area, as its name implies, that is known for its criminal and gang activity.

He is of African-American Descent

Is G Herbo in a Relationship?

G Herbo is currently dating Ariana Fletcher, a 22-year-old Instagram star. According to reports, the two had been together since 2014.

As a teen, G Herbo went to a local high school in Chicago, Illinois. Prior to his graduation, however, he dropped out to focus on his music career.

When asked about his high school life, he stated that “[he] was never a bad or disrespectful student.”

Did G Herbo Go to College

No, he has not gone to college. Ever since his teens, he has been focused on building his rap career.

At this time, we do not have any details on G Herbo’s salary.

In his spare time, he enjoys listening to music and making new beats

Born on October 8th, he is a Libra

As far as we know, G Herbo is not active on Snapchat- we’ll let you know as soon as he joins!