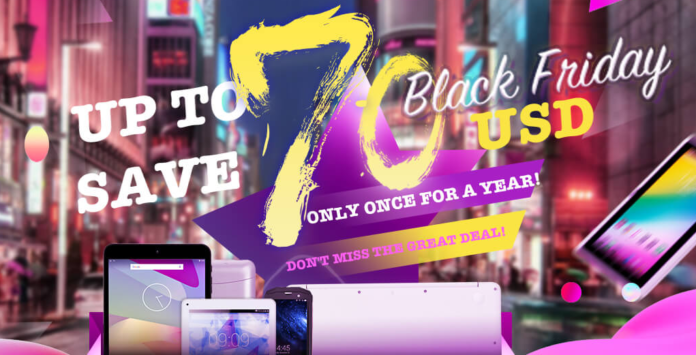 IRULU is going to be having a ton of Black Friday deals beginning on November 21 and running through November 25. We also should note that the Black Friday deals are running in UTC time. During this time, you can get up to $70 off various IRULU products. While there are so many deals going on for the IRULU Black Friday promotion, we thought we would tell you about a few of them. 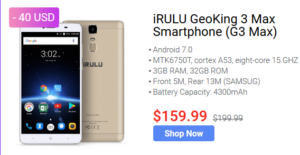 The GeoKing 3 Max Smartphone will be $40 off during the IRULU Black Friday deals and activities. This smartphone will be $159.99 which is a great deal for the Android 7.0 3GB RAM and 32GB ROM device. There is a 13MP rear-facing camera and a 5MP front-facing camera. The battery is super high-quality seeing as it is a 4300mAh. It also comes with a 15GHz MTK6750T Cortex A53 processor. 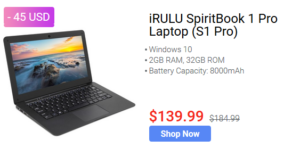 The S1 Pro, which is the SpiritBook 1 Pro laptop, will also be on sale during the IRULU Black Friday deals. This laptop will be $45 off regular price from November 21 through November 25 at IRULU. The S1 Pro comes with 2GB RAM and 32GB ROM and features Windows 10 as the operating system. The battery is an 8000mAh which means a very long lasting battery with superb performance.

The iRULU eXpro 3 Tablet, which is known as the X3 is also on sale during the IRULU Black Friday deals and activities. This tablet will be $10 off from November 21 through November 25, making the price $39.99. The eXpro 3 Tablet comes with 1GB RAM and 8GB ROM and features Android 6.0 as the operating system. There is both a .3MP front-facing camera and rear-facing camera. It comes with A33 ARM Cortex-A7 Quad-Core as the processor, which runs at 1.3GHz.The battery is a 2800mAh.

During the IRULU Black Friday Flash Deals the iRULU BabyPad 5 Tablet is going ot be on sale for $49.99. This is a $40 savings off of regular price, which is a really amazing offer. This tablet comes with Android 7.1 Nougat and features 1GB RAM and 16GB ROM. 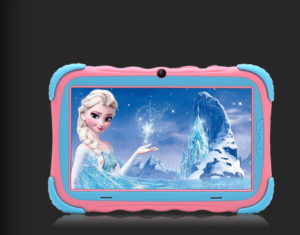 During the IRULU Black Friday Flash Deals the eXPro 1S Tablet is going to be $59.99. This is $40 off the normal price and you will not find a better deal on the 1S Tablet. This comes with a TF card slow and also runs on Android 5.1 Lollipop. The eXPro 1S Tablet comes with 1GB RAM and 16GB ROM and features Wi-Fi and an Allwinner A64 Quad-Core processor. It also comes with an 8-inch screen with a resolution of 800×1280 IPS. There is a touch screen which is a 5-point screen. There are also dual cameras on the device which are 3MP. 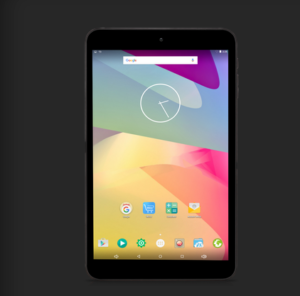