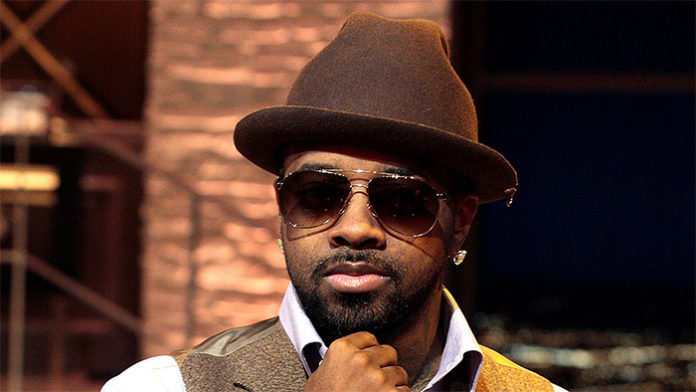 An award-winning artist, Jermaine Dupri initially rose to fame in the late 90’s for his production work. Raised in Atlanta, Georgia, he has been involved with music ever since he was ten years old. Launching a career for himself in his early twenties, he worked with a number of artists during his early years including, Kris Kross, Xscape, Usher, Lil Bow Wow, among many others. Talented in what he does, more than 30 of his production efforts have reached number one in the United States- some of which include, Don’t Forget About Us by Mariah Carey, Burn by Usher, My Boo by Usher and Alicia Keys.

As a solo artist, Dupri released his debut album, Life in 1472 in 1998. Its title a reference to his birth year, it spawned four singles, The Party Continues, Money Ain’t a Thang, Sweetheart, and Going Home with Me. A few other highlights from the track list include, You Get Dealt Wit, Three the Hard Way, Lay You Down, and Don’t Hate on Me. Featuring guest appearances from Da Brat, Mariah Carey, Lil’ Kim, Usher, Snoop Dogg, and Slick Rick, among others, the record peaked as high as number 3 on the Billboard Top 200- it later also topped the R&B/Hip-Hop Albums chart. An overall success, the album eventually went platinum after a few month’s time.

From there, he came out with his second album, Instructions in the fall of 2001. A follow-up to his debut, its production was mostly handled by the artist himself, with help from Swiss Beatz, The Neptunes, and Bryan-Michael Cox. Pack filled with tracks, the record included a number of guest appearances from Pharrell Williams, Clipse, Jagged Edge, Da Brat, and Xscape, among others. Among the playlist were the songs, Rules of the Game, Let’s Talk About It, Yours & Mine, Jazzy Hoes, and The Dream. In the United States, the album peaked at number 15 on the Billboard Top 200 (though it didn’t manage to garner RIAA accreditation).

What has Jermaine Dupri been up to recently? In terms of music releases, he dropped a single last December titled, Level Up (Feat. Mishon). With that said, the artist hasn’t come out with any multi-track projects since the early 2000’s. Instead, he has been focusing his time on producing music for others- for instance, he worked with Mariah Carey and Jagged Edge on their popular albums, Me. I Am Mariah…The Elusive Chanteuse and J.E. Heartbreak 2 a few years back. In terms of other endeavors, he and Queen Latifah also created a reality show called, The Rap Game which premiered in 2016; in fact, the third season just ended in April 2017.

Jermaine Dupri rose to fame in the late 90’s after producing hits for acts such as Usher, Destiny’s Child, and Lil Bow Wow. From there, he launched a brief solo career in 1998.

Jermaine Dupri was born and raised in the city of Asheville, North Carolina

Is Jermaine Dupri in a Relationship?

As far as we know, Jermaine Dupri has been single ever since his last relationship with Janet Jackson.

In the past, he was in a relationship with Janet Jackson, the younger sister of the late Michael Jackson. They were together for seven years from 2002 to 2009. In terms of their break up, Dupri has stated that he was the one that had “messed things up” with her.

He does not have any siblings

He does not have any siblings

Jermaine has two daughters- Jalynn Dupri and Shaniah Mauldin, the latter was born to Pam Sweat

Jermaine Dupri went to a local school in North Carolina, though he later dropped out in lieu of selling his own records.

Did Jermaine Dupri Go to College

No, Jermaine Dupri has not gone to college.

At this time, we do not have any details on Jermaine Dupri’s salary.

As of 2017, Jermaine Dupri has an estimated net worth of $2 million.

10 Bands by Drake, Energy by Drake, I’m On You by Usher and Can’t Wait (Feat. Snoop Dogg) by Bow Wow

Born on September 23, he is a Virgo

As far as we know, Jermaine Dupri is not active on Youtube