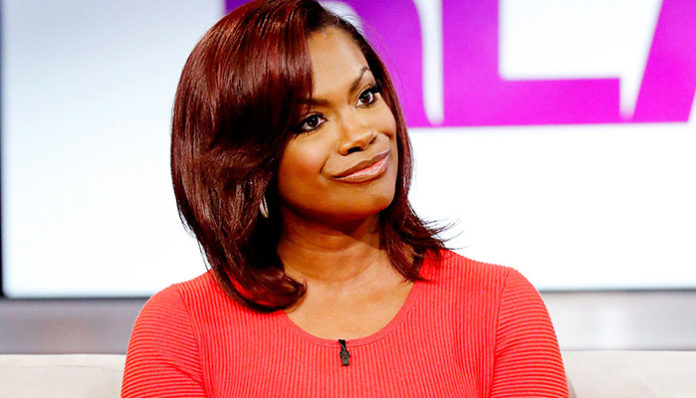 Based in Georgia, Atlanta, Kandi Burruss is perhaps best known for being one of the main cast members in The Real Housewives of Atlanta. A “housewife” since the second season, she has been starring in the Bravo reality series ever since 2009. The highest-rated installment of the franchise, it went on to produce numerous spin-offs including The Kandi Factory, which premiered in 2013. Though it only lasted for one season, she eventually returned to screen for Kandi’s Wedding, and Kandi’s Ski Trip, the first of which chronicled her wedding with husband, Todd Tucker.

Outside of The Real Housewives of Atlanta franchise, she has also acted on a few occasions. In fact, she made her acting debut in the film, Make it Rain a year prior to landing the role on the Bravo series! Since then, Burruss has appeared in a few TV titles including, Are We There Yet?, Let’s Stay Together, Second Chance Christmas, and Saints & Sinners. As far as upcoming roles, it has been announced that she will be joining the cast of the movie, Never Heard which is set to be released in 2018. As expected from a television personality, she has also been invited on several talk shows such as The Wendy Williams Show, The Real, Steve Harvey, Larry King Now, and The Dr. Oz Show.

As surprising as it might be, the reality star is also a singer. Back in the early 90’s, Burruss was a member of the band Xscape, a quartet that regularly performed R&B and hip-hop. During their time together, they released three studio albums, Hummin’ Coming’ at ‘Cha, Off the Hook, and Traces of My Lipstick, all of which went platinum in the United States. In addition to that, she has also put out a couple of albums as a solo artist. In 2000, she dropped her debut album, Hey Kandi…, which spawned the hit single, Don’t Think I’m Not. Since then, she has released a second album titled, Kandi Koated in the winter of 2010.

What has The Real Housewives of Atlanta star been up to recently? Aside from starring on the show, she has made a handful of guest appearances in the series, Love & Hip Hop: Atlanta, Then and Now with Andy Cohen, Unsung, and Today. Seeing as how she gave birth to her second son, Ace Wells Tucker last year, she has also presumably been spending more time with her family. Be sure to follow Burruss on social media if you want to stay connected with all that’s happening!

Kandi Burruss rose to fame as one of the main cast members in Bravo’s reality series, The Real Housewives of Atlanta– which has been airing since 2008.

She is currently 41 years old

Kandi Burruss was born in Georgia, Atlanta, Growing up, she spent her childhood in the city of College Park, before moving to East Point, where she attended high school.

Her weight is unknown

Her weight is unknown

Her body measurements are unknown

Is Kandi Burruss in a Relationship?

Yes, she has been married to Todd Tucker, a former producer on The Real Housewives of Atlanta since April 2014. Reportedly, the two had started to date during the show’s fourth season in 2011.

Previously, the reality star was engaged to Ashley Jewell in 2009. Following a one-on-one fight in which he sustained critical head injuries, however, he tragically died in October 2009.

Prior to that, she had also dated Russell Spencer.

She had an older brother named Patrick Riley who tragically passed away in a car accident in 1991.

With her husband Todd Tucker, she has two children- a son named Ace Tucker and a daughter named Kaela Tucker.

From her previous relationship with Russell Spencer, she also has a daughter named Riley Burruss.

As a student, she went to Tri-Cities High School in East Point, Georgia; she later graduated in 1994.

Did Kandi Burruss Go to College

No, Kandi Burruss has not gone to college.

At this time, we do not have any details on Kandi Burruss’ salary.

In her spare time, she enjoys listening to music and singing

As far as we can tell, Kandi Burruss is not active on Youtube.