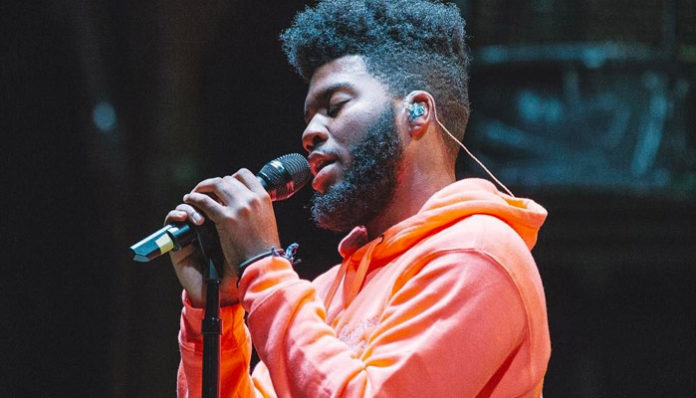 An up-and-coming rapper, Khalid has been involved with music ever since his high school days. Shortly after his graduation, he broke through with the release of his debut single, Location. Responsible for his rise to fame, the track peaked at number 16 on the Billboard Hot 100, but not before garnering praises from contemporary critics. Outside of the United States, the record also charted in countries such as Switzerland, New Zealand, Philippines, and Belgium, among others. Accompanied by an official MV, the video has since been played more than 100 million times on Youtube. To date, Location has gone platinum three times in the US.

Continuing to churn out singles over the next few months, he released the tracks, Let’s Go, Hopeless, Reasons, and Saved, though none of them matched the success of his debut effort. Then on February 2, 2017, the rapper dropped his next single, Young Dumb & Broke. Written in part by Khalid himself (with help from Joel Little, Jared Boies, and Talay Riley), it peaked as high as number 25 on the Billboard Hot 100. A global hit, it also charted in countries such as Sweden, Germany, Canada, Latia, Malaysia, Norway, and Australia, to name a few. On Youtube, the official music video has been viewed over 110 million times.

Most recently, Khalid came out with his debut album, American Teen on March 3, 2017. Preceded by his breakout single, Location, the record comprised of 15 tracks, some of which included Shot Down, Therapy, Another Sad Love Song, Let’s Go, Cold Blooded, and Hopeless. A considerable success, the album entered the Billboard 200 at number nine in the United States; from there, it went on to peak at number 4 just a few weeks later. As with his earlier singles, the album also enjoyed success overseas- for instance, it was certified gold in both Canada and Denmark.

In support of his debut album, the emcee had hit the roads for a concert tour earlier this year. From January until now, he has already performed over 100 shows across the world from Toronto, Canada, to Tilburg, Netherlands. For those who may be interested in seeing him perform live, he still has a few shows left this year in Australia and New Zealand. In addition to that, he’ll also be continuing the tour in the UK in early 2018. Recognized for his contributions, he earned several accolades this year- many of which are still pending. As of October 2017 however, he has already won a Woodie Award and an MTV Video Music Award for Best New Artist.

Khalid came under the spotlight with the release of his debut single, Location last year. Certified platinum by the RIAA, it had peaked at number 16 on the Billboard Hot 100 in the US.

Khalid was born in Fort Stewart, Georgia. Growing up, however, he lived in a variety of cities from Fort Campbell, Kentucky, to Fort Drum, New York, to Heidelberg, Germany, due to his mother’s military career. During his final year of high school, he and his family moved to El Paso, Texas.

He is of Moroccan and Algerian descent

Is Khalid in a Relationship?

As far as we know, the rapper is currently single. If he is in a relationship, he’s doing a fairly good job of keeping it under wraps.

At this time, we do not have any information on his prior relationships or girlfriends (if any).

As far as we know, Khalid is an only child and does not have any siblings

As far as we know, Khalid is an only child and does not have any siblings

As a teen, he had pursued musical theatre and singing in high school. For his senior year, he went to Americas High School after having moved to El Paso, Texas, from which he graduated from in 2016.

Did Khalid Go to College

No, Khalid has not gone to college. Ever since he received his diploma, he has been focused on succeeding as a rapper.

At this time, we do not have any details on Khalid’s salary.

In his free time, he enjoys listening and creating music

Born on February 11th, he is an Aquarius