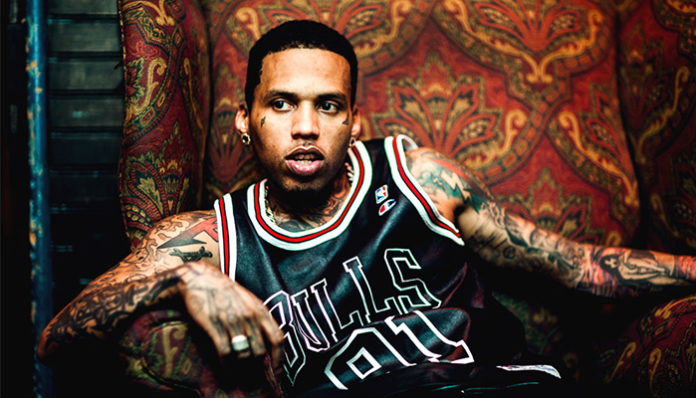 Hailing from Los Angeles, Kid Ink first established himself with his debut album, Up & Away in 2012. Since then, his presence has only grown with his subsequent releases- for instance, he dropped his first gold record, My Own Lane in 2014. To learn more about the rapper, read on.

Kid Ink (a reference to his many body tattoos)

Kid Ink came to the forefront of the rap scene with the release of his second studio album, My Own Lane in January 2014. He has since dropped several additional titles including, Almost Home, 7 Series, and Full Speed, all of which have charted in the US.

Kid Ink was born in Los Angeles, California, where he grew up and first got into the rap scene.

At this time, Kid Ink’s body measurements are unavailable

Is Kid Ink in a Relationship?

Kid Ink has been engaged to American model Asiah Asante since the summer of 2015. Reportedly, he had popped the quest while on tour overseas; he later took to Instagram to show off her diamond ring.

At this time, we do not have any information on Kid Ink’s previous relationships or girlfriends.

Unknown- his father was never in his life

He has two step-sisters from his mother’s second marriage.

He has an older brother as well as two step-brothers from his mother’s second marriage.

With his fiancee, he has a daughter named Aislin Parveneh Collins “Ace”- she was born on February 9, 2016.

Kid Ink presumably went to a local high school in Los Angeles, California. No further information on his education history is available at this time.

Did Kid Ink Go to College

As far as we know, Kid Ink has not gone to college.

At this time, we do not have any information on Kid Ink’s salary.

He likes eating tuna with cheese and crackers before his shows

His favorite music artists include Tupac and Snoop Dogg

Born on April 1st, he is an Aries

Born in Los Angeles, California, Kid Ink first started to make his own beats during his teenage years. Inspired by the works of Swiss Beats, Pharrell Williams, and Timbaland, he eventually began to produce his own tracks. In 2010, he dropped his first project, a mixtape titled, World Tour, which was made available as a free digital download. A couple of years later, he issued his debut album, Up & Away through The Alumni Music Group. While it charted in the US, it wasn’t until the release of his second album, My Own Lane in 2014 that he started to garner nationwide attention. A considerable success, it gave rise to the hits, Show Me (Feat. Chris Brown), and Main Chick (Feat. Chris Brown).

Following his breakthrough success, he released his third album, Full Speed in 2015. Later that same year, he dropped the mixtape, Summer in the Winter, which went on to reach number 50 on the Billboard Top 200. What has Kid Ink been up to the year? Earlier this summer, he issued his second EP dubbed, 7 Series, which managed to chart in the United States; among its playlist were the tracks, Be Real, Every City We Go, Cool Back, and Round Here. Aside from his solo releases, he had also landed a couple of features in Axwell Ingrosso’s I Love You and in Little Mix’s Touch earlier this year.