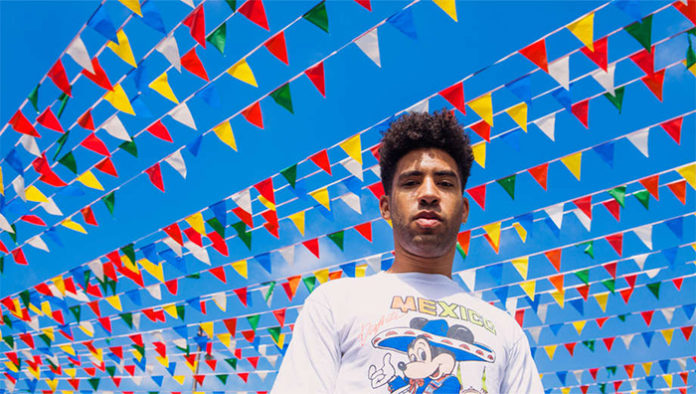 A hip-hop artist based in California, Kyle is perhaps best known for his breakout hit, iSpy, which came out in 2016. Since then, he has continued to put out new tracks including, Want Me Bad (Feat. Cousin Stizz), Nothing 2 Lose, and Not the Same. To learn more about the twenty-something, be sure to read on below.

Kyle is best known for his 2016 breakthrough hit, iSpy (Feat. Lil Yachty), which went platinum three times in the United States. His most successful release to date, it garnered him a tremendous amount of attention.

Kyle was born in the Reseda area of Los Angeles. Raised by his single mother, he and his two siblings grew up in Ventura, California, where they went to school.

At this time, Kyle’s body measurements are unavailable

Is Kyle in a Relationship?

As of 2014, Kyle was in a relationship with DJ Jada, who went by the moniker, jadab00 online. It’s unclear whether or not that two are still together.

At this time, we do not have any information on the rapper’s prior relationships and girlfriends.

He has two siblings, one of which includes a younger sister (who is also a rapper)

Kyle does not have any children that we know of

As a student, Kyle went to Ventura High School in Ventura, California. Due to his speech impediment, he often fell victim to bullying in his teen years. In attempts to boost his confidence, he regularly took drama classes.

Did Kyle Go to College

No, Kyle has not gone to college- it’s unclear whether or not he plans on continuing his education at some point in the future.

At this time, we do not have any information on Kyle’s salary.

Given that he had the time, he’d like to make a cartoon or design a video game

Kid Cudi- ultimately, it was after he heard his song, Man on the Moon that he began to record his own music

Nothing Even Matters at All by Lauryn Hill and D’Angelo

Born and raised in Los Angeles, California, Kyle started to rap at the age of thirteen. By the time he was seventeen, he was recording and releasing his own mixtapes under the stage name, K.i.D. His first effort, Beautiful Loser was released in the summer of 2013. A second and more successful record eventually followed in 2015, one that reached both the US Billboard 200 and Top R&B/Hip-Hop Album charts. Still, it wasn’t until he’d teamed up with Lil Yachty on the track, iSpy that he garnered widespread fame in 2016. A chart topper, it ultimately went platinum three times in the US- making it his most successful single to date.

So far this year, Kyle has released three singles- Nothing 2 Lose, Not the Same, and Want Me Bad, the last of which featured Cousin Stizz. In addition to that, he was also featured in Marc E. Bassy’s Plot Twist and in Vice’s Obsession (25/7). Similarly, he made guest appearances in the songs, Favourite Colors and Attention (Remix) by Taylor Bennett and Charlie Puth respectively. What else has the rapper been up to? As with previous years, he recently hit the road for a concert tour, which brought him to multiple cities across the country; his last show, held on July 16th, 2017, took place at the Surf Rodeo Festival in Ventura, California.