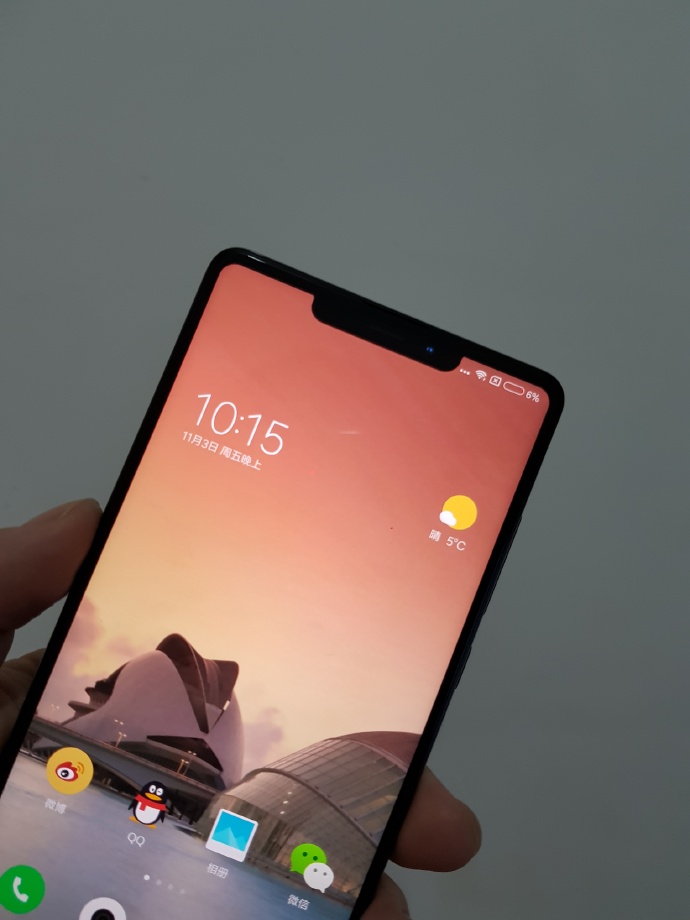 Its only been a year since the first Xiaomi Mi Mix was released and a few months since the Mi Mix 2 made its debut but there are now images of what appears to be another version of the Mi Mix.

A series of images have surfaced on social media site Weibo. The images show a Mi Mix 2s, a phone that has a similar design, at least on the front, to the iPhone X.

The images have not been confirmed by Xiaomi so we don’t know if the phone is actually a Mi Mix 2s but it is not the first time that a Xiaomi smartphone looks similar to an iPhone. The phone also happens to be quite similar to the previous two Mi Mix releases but there is one big difference on the leaked images. The rumored Mi Mix 2s has a notch on the top of the screen.

The notch at the top of the screen reminds everyone of the iPhone X, which is one of the few phones to have a screen that stretches from edge to edge but features a notch.

The leaked images recently surfaced and while no one knows if that’s actually a real phone, that is good news for fans of the Mi Mix series. Its been just a little over a year since the series made its debut but the lineup already has the Mi Mix and Mi Mix 2. It also isn’t the first time that other versions of Mi Mix smartphones have been rumored, so we’ll have to wait for the company to confirm that.

The rumors come just a day after the company expanded into Western Europe. The company began its expansion with a sale launch in Spain on Wednesday. The Mi Mix 2 and Mi A1 will be the first phones available in the country.

Spain is the first European country to have the Mi Mix 2. The first Mi Mix, released back in 2016, was only available in China. Things have been different for the Mi Mix 2 as the phone has been released in China, India and now Spain.