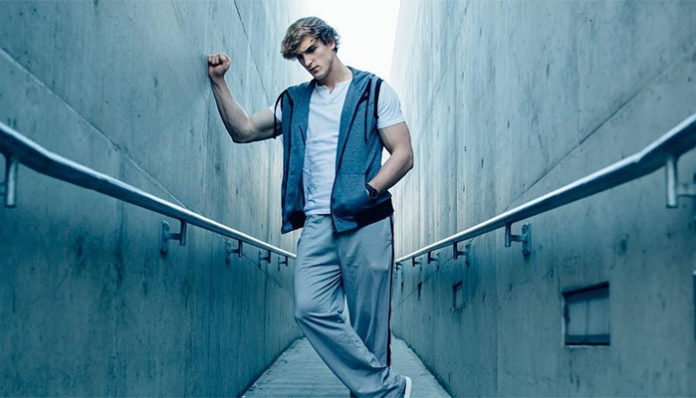 A social media star and actor, Logan Paul initially gained attention on the mobile app, Vine. From Westland, Ohio, he has been involved with video-making ever since he was ten years old. With his good looks and talent, he quickly accumulated over a million followers on the platform; by early 2017, the teen had well over 9 million fans, making him one of the most popular personalities on the app. As it’s typically the case, he collaborated with many Viners over the years including King Bach, Christian DelGrosso, and Matthew Espinosa.

After completing high school, Paul continued his online career on Youtube. Similar to his Vine account, he posted a number of comedic videos to the site, all of which proved to be relatively successful. Some of his early uploads include Logan Paul Reads Shakespeare in a Tub of Snakes, Epic Car Jump, A Message to Apple, and Explaining Things to a 6-Year-Old. Since the launch of his channel in 2013, he has gained close to 4 million subscribers. To date, he uploads a variety of clips, from comedy skits, to challenge videos, onto Youtube, which serves as his primary video-sharing platform.

A few years into his social media career, Paul made his acting debut in the short film, Rainbow Man (2014). From there, he appeared on television for the first time in an episode of, Law & Order: Special Victims Unit (2015). Continuing to make himself known on screen, he went on to land a few roles in the shows, The Most Best Talk Show (2015), Weird Loners (2015), Chainsaw (2015), and Close Before Midnight (2016). Later in 2016, he scored his first starring role in the web series, Foursome, which premiered on Youtube Red on March 30, 2016. This year, he also made a cameo in the romance drama film, The Space Between Us (2017).

What else has Logan Paul been up to this year (that is, besides updating his social media accounts)? On film, he has played a couple roles in the titles, Where’s the Money, and Can’t Take it Back. As far as upcoming projects go, it has also been announced that he will be involved with the films, Superstition: The Rule of 3’s, Airplane Mode, Liked, Valley Girl, and Undying. But that’s not all- branching out to music, he also released two singles this year, Help Me Help You (Feat. Why Don’t We), and Outta My Hair, the former of which peaked at number 5 in the United States. As a featured artist, he also contributed to Seven Bucks’ song, The Song of the Summer.

Logan Paul initially rose to fame for his comedic six-second clips on the mobile app, Vine. Since then, his presence has branched out to Youtube, as well as television and film.

Logan Paul was born in Westlake, Ohio, where he grew up with his younger brother, Jake.

He is of Scottish, Irish, Welsh and English descent

Is Logan Paul in a Relationship?

Logan Paul is currently in a relationship with Chloe Bennet, an American actress who is best known as Daisy John in the ABC sci-fi drama, Marvel’s Agents of S.H.I.E.L.D. Earlier this summer, the couple were spotted enjoying a PDA-filled vacation in Hawaii.

Prior to his current relationship, Paul had been with fellow internet personality, Amanda Cerny.

He has a brother named Jake Paul, who is also a well-known social media celebrity (and founder of Team 10).

As a student, he went to Westlake High School where he was a linebacker for the school’s football team. During that time, he also placed fifth at a state-wide wrestling tournament.

Did Logan Paul Go to College

Upon receiving his high school diploma, he went to Ohio University briefly, before dropping out to pursue a full-time career as a social media entertainment. Shortly afterward, he made the move to Los Angeles, California.

At this time, we do not have any details on Logan Paul’s salary.

He enjoys making videos in his spare time

He has never revealed what his favorite foods are

Wrestling- he used to play during his teen years

Born on April 1st, he is an Aeries